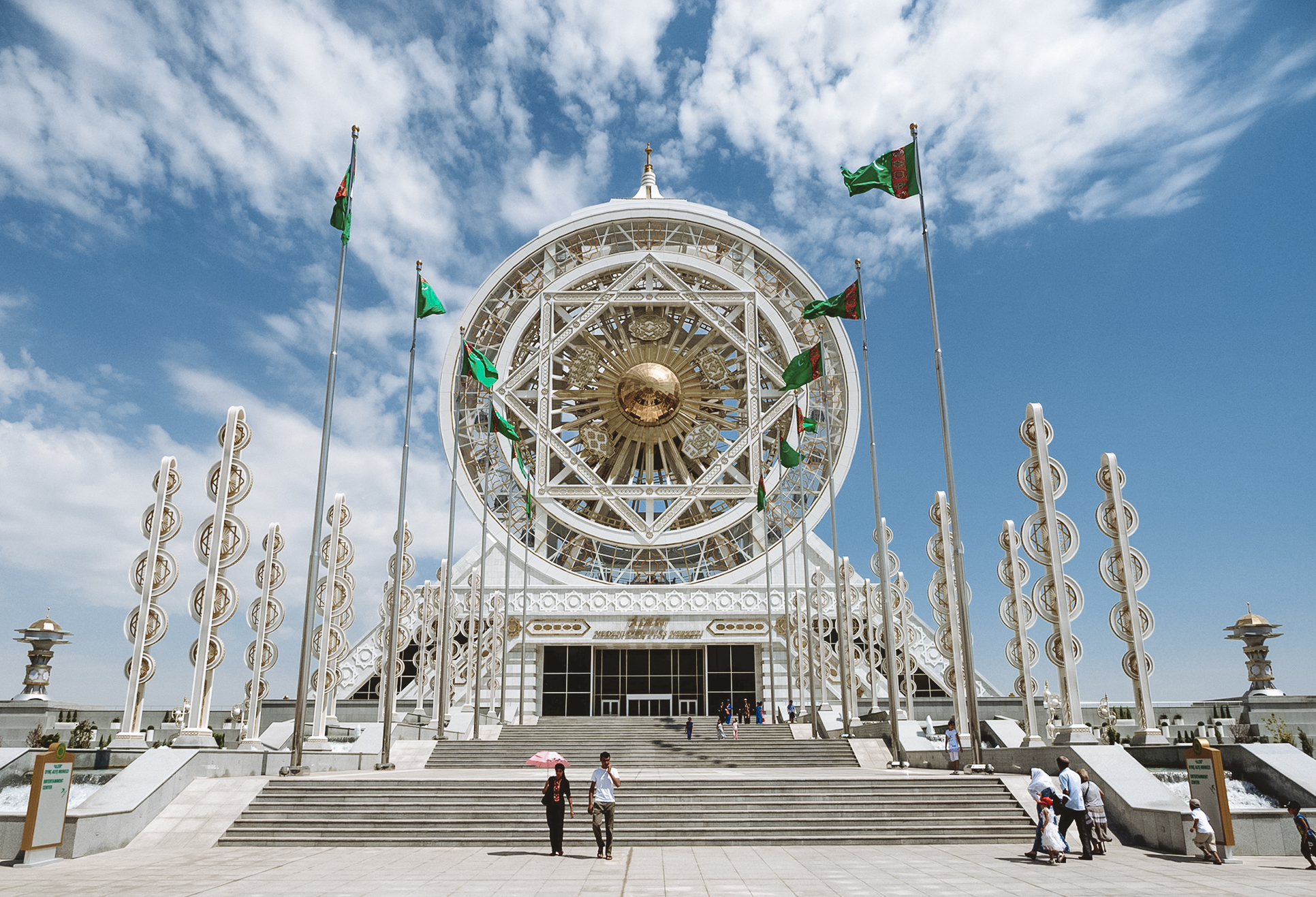 Ashgabat is the capital of Turkmenistan. It is one of the most important destinations covered in many Silk Road tour packages as it is the most easily accessible city in the country with improved tourism infrastructure as compared to other parts of the country. With bizarre surrounding, peculiar white buildings, and giant structures that have made it to the Guinness World Records, Ashgabat is a icing on the cake for those who’re searching for some off-the -beaten-path destinations.

It is a relatively young city in Central Asia as compared to other prominent cities in the territory. The history of this Ashgabat as a city began in 1881 when a settlement was founded near the site of Nisa, which was another ancient settlement comprised primarily of Iranian nomads. The settlement began on the ruins of a destroyed city along the Silk Road route, Konjikala, which was reportedly a wine producing village. It was part of the Persian Empire during the 2nd Century BC and for a long time existed only as a village.

But after the formation of the Soviet Union and part of their expansion plans, the village got annexed to the Russian Empire. Due to its rapid progression, it was made capital of Turkmen SSR and ever since been an administrative and political centre of the country.

Much of the peculiar monuments you’ll come across in Ashgabat will be directly or indirectly constructed as per the direction of long-standing President SaparmuratNiyazov.

Things To See In Ashgabat

It is a peculiar building where most people of the city tend to get married. Topped with a disco ball engulfed caged by what is seemingly a Star of David, the white color during the day and red during night is enough to arouse anyone’s curiosity.

Nearly a 50 kilometers in length, the pathway consisting of stairs, it was constructed by President Niyazon to improve the health conditions of the citizens.

a 75 meter long building with the golden statue of President Niyazon on the top, it was built to honor the adoption of neutrality into his national policy.

A must visit place in Ashgabat, it comprises of statues of Turkmen heroes surrounding a 91 meters high minaret.

It is an ancient fortress which is part of the Nisa excavation site where many buildings, mausoleums, and shrines have been excavated. Now part of the UNESCO World Heritage Sites list, it was a major trading hub during the Parthain Empire that existed during the 6th Century BC. The fortress is located 18 km from Ashgabat.