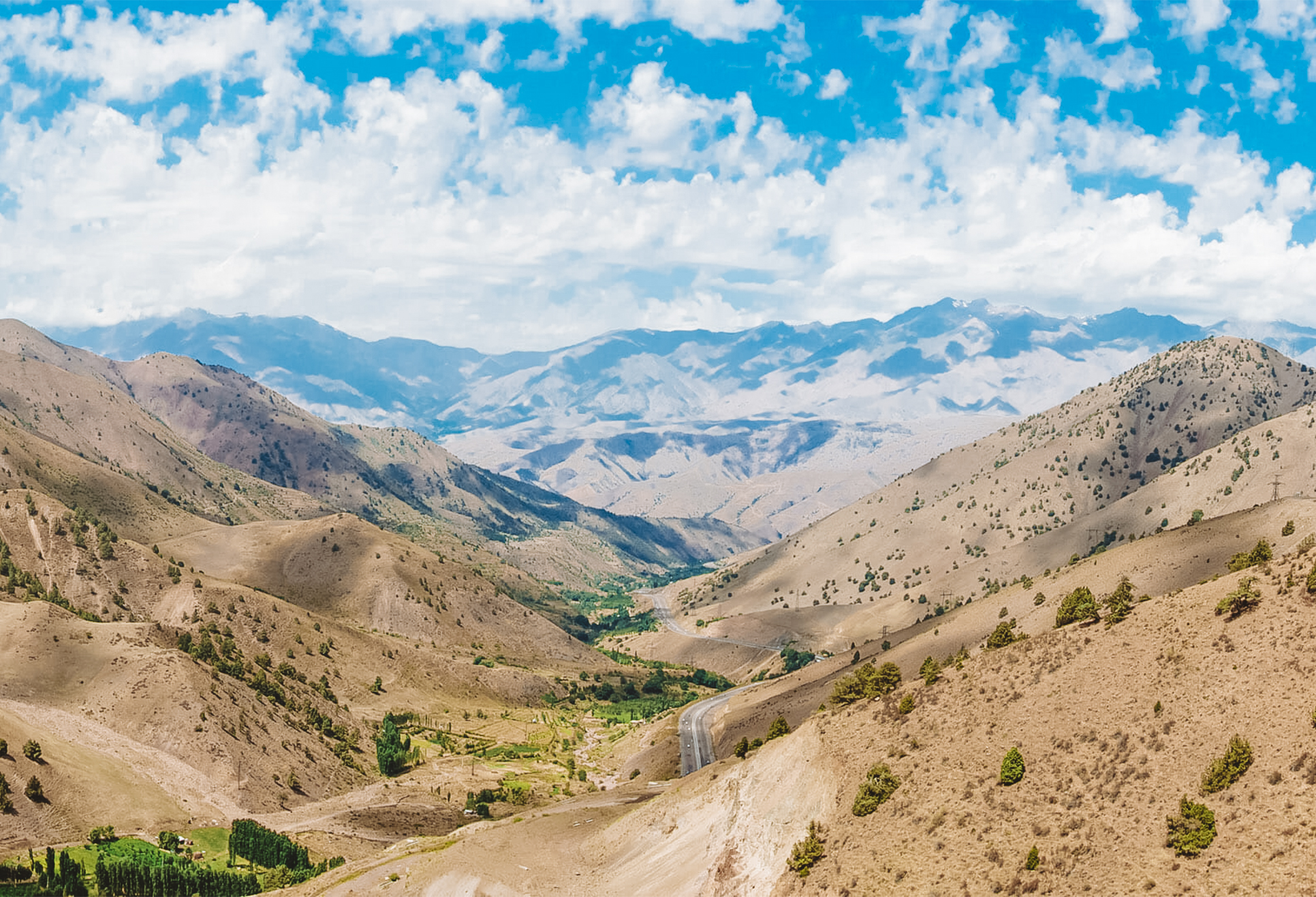 Fergana is a major city located in the east of Uzbekistan in the Fergana Valley. Russian is the primary language spoken in here and much of the lifestyle is distinctively Russian. Hence it feels a bit different than the rest of Uzbekistan where the Soviet-era and pre-independence Uzbekistan still seems palpable.

Located along the Silk Road route, it was an important conduit and trade base which connected China to the west, thus facilitating trade. Fed by Syr Darya River, it hosts the finest fertile soil and climate in Central Asia, making it an ideal commercial center where wide array of cultivation was possible. This drew the attention of several rulers, and just like other Silk Road cities, it too was conquered and ruled by various empires. From the very beginning during the Kushan Empire, it was referred to asFerghana. Alexander the Great also got settled in Fergana somewhere during 329 BCE who introduced Greek and Hellenism into this region. It was also the homeland of Zoroastrians, and it was known as Ozkent during Karakhanid rule. Fergana Valley played a prominent role in the expansion of Mughal dynasty in South Asia who left Fergana with 12,000 men, traversed through the Pamirs and the Hindukush ranges and dispatched Ibrahim Lodhi’s empire which altered the course of India and South Asian history. During Russian expansion, Fergana got invaded by Russian troops and came under their rule. Not much later in 1907, it was made an important military strategic point and administrative center.

Things To Do In Fergana

The main attraction in Fergana is the Fergana Valley itself which runs through the eastern part of Uzbekistan. The valley got divided and distributed into three regions among Uzbekistan, Kyrgyzstan, and Tajikistan after the fall of Soviet empire which is why the valley is quite diverse. The steep plains and grassland attract adventure junkies from around the world.

Fergana is also home to some of the most skillful craftsmen and artists who weave together some of the exceptional crafts and artworks you’ll get to see. These are often sold at bazaars or trade shows which you can purchase as souvenirs. Apart from this, you can always try delicious local food which has a blend of Middle Eastern and Soviet cuisine. Fergana boasts of being the greenest city in Central Asia as per the citizens and visitors. The valley is less populated with very few factories or vehicles. This makes Fergana an excellent place to dump the stressful environment of urban cities and get some fresh air. An excursion tour through the cities in Fergana Valley will just do good.