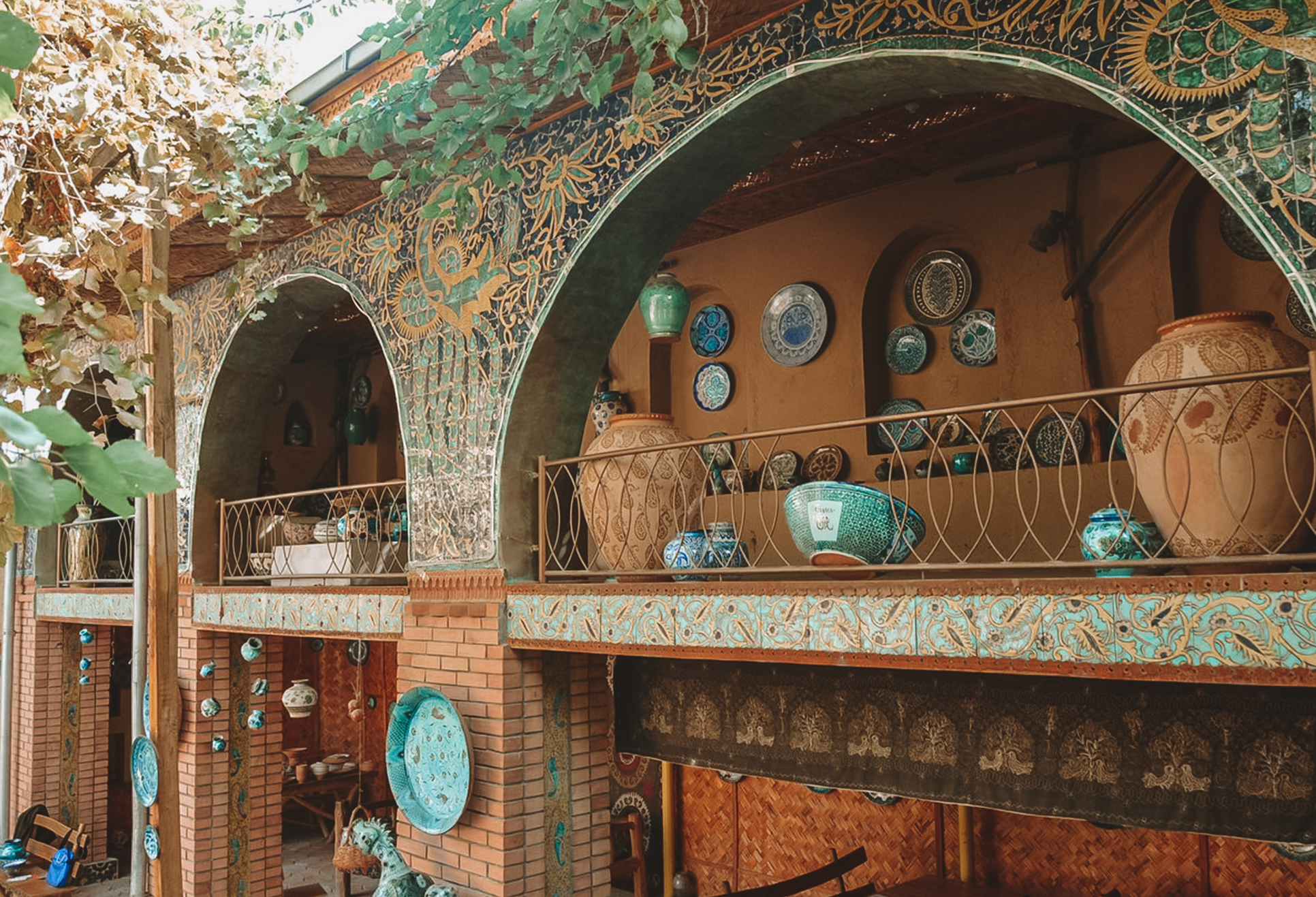 Located in the Fergana Region, Rishton (also spelled as Rishdan, Rishtan, Rishidon, and Kyubishev by Russians) is a small town whose significance lies in the cobalt and green pottery that are mostly handmade.

History Of Pottery In Rishtan

Located halfway between Kokand and Fergana, the small town of Rishton is one of the oldest centers of ceramics in the entire of Uzbekistan. As per the legends, during 9th to 10th century, Rishton was a transit point on the Silk Road route where every other male was a potter creating excellent pottery work. It is even claimed by some that the artworks itself are over 800 years old, and the technique implemented in making the ceramics was passed down in its purest form from generation to generation.

The potters inhabiting this town are considered among the best in the world. But as much appreciation and praise as the potters get, same amount of appreciation should go towards the loam from which the ceramics are prepared. These loam are one of their kind that don’t require any additional additive or chemical besides water. By the end of 19th Century, Rishton was already one of the largest production centers of glazed dishes that were popular throughout Central Asia and even some parts in Europe. Today thousands of craftsmen take up pottery as their livelihood and produce upwards of 5 million items per year.

Things To Do In Rishtan

Probably the only thing you’d get to — and want to — do while you’re in Rishton is scrutinize and learn the ropes of making those pottery. While mastering those skills is completely up to you, nonetheless you’ll enjoy the whole process.Rishtan Art Ceramics Factory which is founded and run by RustamUsmanov, is perhaps the best place where you’ll get to see the making of those blue and green plates and pots by Rustam himself.

As it is located in Fergana Valley which is mainly mountainous, you can always take a trip to nearby Fergana city for trekking or hiking trip. It is also easily reachable from Kokand, hence you can take an extended day trip to this place.