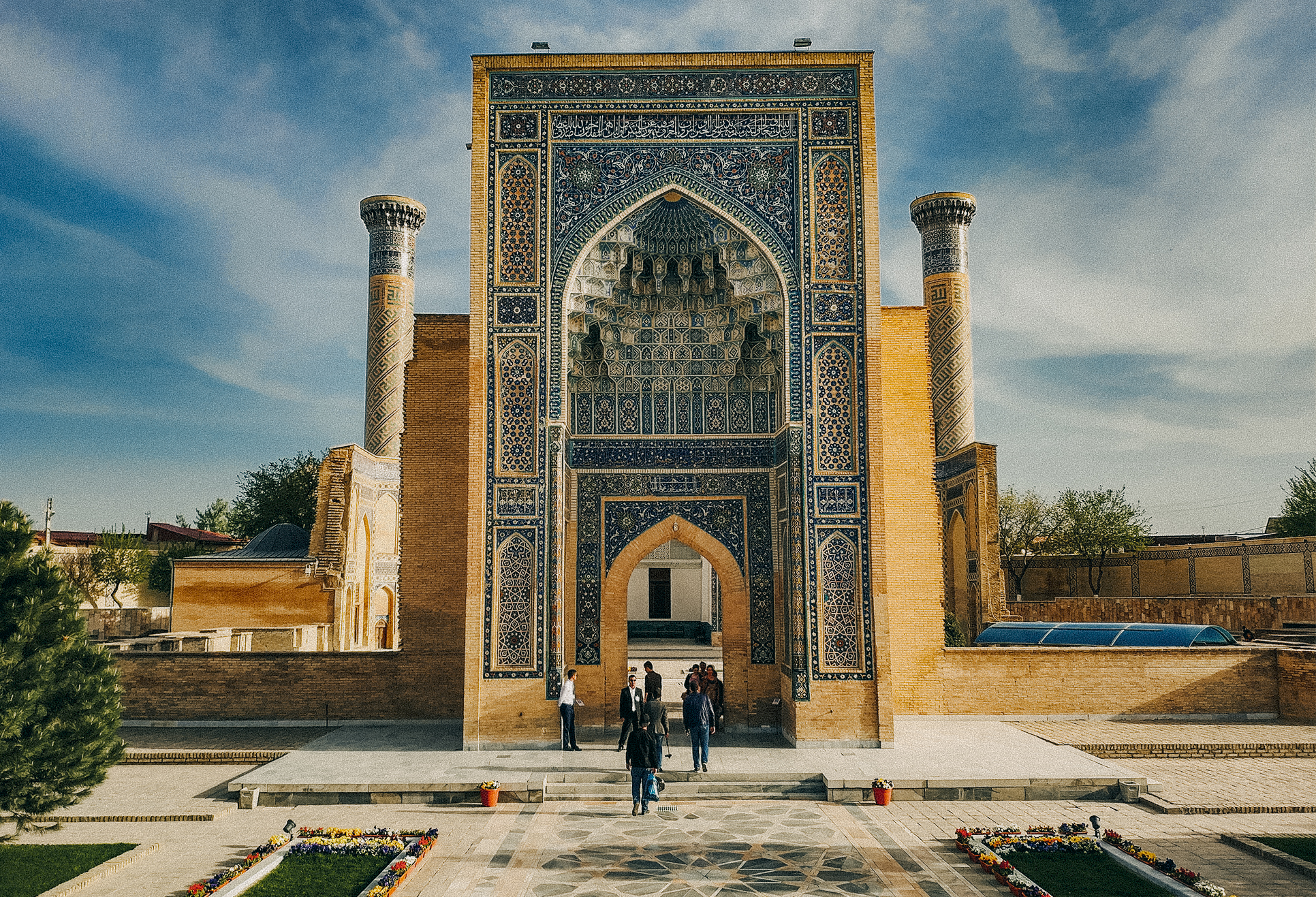 The second biggest city of Uzbekistan, Samarkand, is the accommodating place for some of the most significant and breathtaking monuments from the ancient medieval period. Samarkand is as old as the likes of Paris and Rome and it long served as the crossroad of the Silk Road route facilitating trade and relation.Samarkand Tours is an introduction to the ancient city named by UNESCO as “crossroad of cultures” and added to the World Heritage List.

Just like other cities located on the Silk Road route, Samarkand is among the oldest inhabited cities in Central Asia. From archaeological evidence it can be theorized that the city was founded in around 7th centuries BC, although there’s no firm evidence supporting this. Samarkand was conquered from time to time by various rulers and went through various ruling periods.

During the Hellinistic Period in 329 BC, Samarkand got conquered by Alexander The Great. Under the Hellenic influence, the city flourished rapidly and the Greek culture was introduced into this region. Later after the fall of Greek empire, Persian Sassanians conquered and ruled Samarkand in what we know as the Pre-Mongol period which also marked the beginning and settlement of various religions like Buddhism, Hinduism, Zoroastrianism, and Manichaeism.

Samarkand got conquered by the Mongols in around 1220 who ruled for about 150 years till 1370. Genghis Khan was the one who attacked the city that marked the beginning to the Mongol Empire in Samarkand.

Amir Timur, the founder of Timurid Empire made Samarkand his capital in 1370. He dedicated renovated the monuments and built new ones by hiring great artisans and craftsmen from across the globe. This is the primary reason of the colossal amount of ancient monuments in Samarkand.

Samarkand came under imperial Soviet rule in 1868 and grew in importance after it was declared the capital of Uzbek SSR.

Samarkand is one of those cities which fascinate tourists for the amount of ancient architectural monuments that it has. They are as equally well built and decorated as they seem complex. Here are the top Samarkand Sightseeing

Built by Ulugh Beg, the grandson of Amir Timur, it was primarily constructed to provide the best education environment to promising scholars along with residence facility in this two-storied building.

Deemed one of the finest astronomical study centers of the ancient period, Ulugh Beg Observatory is the place where various prominent Muslim astronomers like Ali Qushji, Al-Kashi, and Ulugh Beg himself worked and made remarkable calculations.

This gigantic mosque completed in 1404 is 40 meters high and was constructed by Amir Timur after his Indian expedition. Four minarets were also constructed at the outer corner of the site which adds on to the beauty of the overall architecture.

Also known as the “Tomb of the King,” it reserves an important place in the Persian-Mongolian architecture as it was built by Timur’sPersianatedarchitects in honor of Timur himself.

Located opposite to the Bibi-Khanum mosque, it is one of the oldest Islamic religious structures in the Samarkand built in 7th Century.

This ensemble includes various mausoleums and other ritual buildings some of which date back to 11th to 12th century. The night view of this place is unparallel which draw tourists from all over.

Samarkand is one of those cities which are capable of catering to various groups of people with unique holiday taste. We at Minzifa Travelprovide cultural tours, archaeological tours, culinary tours, and shopping tours.Choose Samarkand Tour by contacting us for more adventure in this marvelous city.