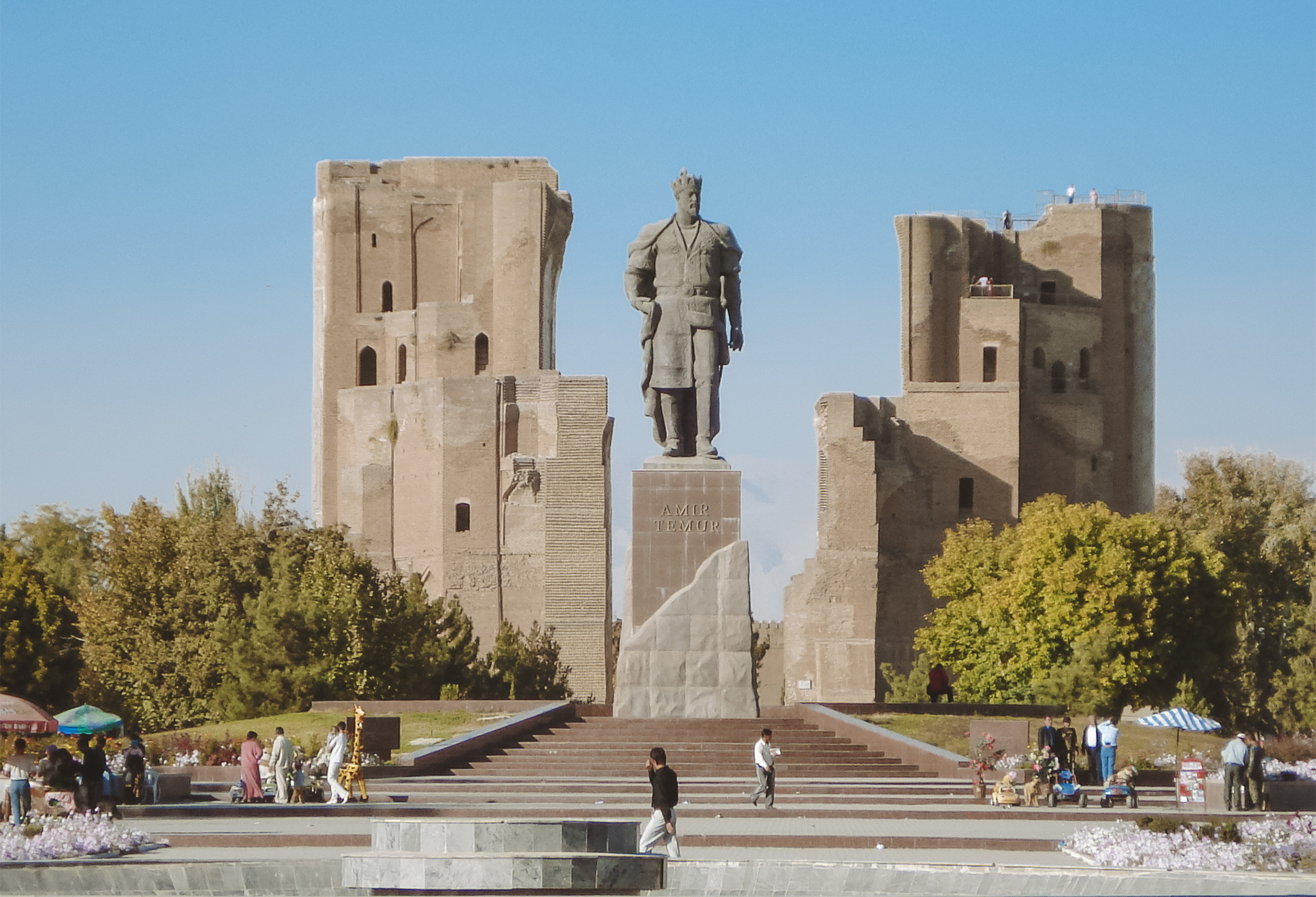 Shakhrisabz is among the most vividly colorful and beautiful cities in Uzbekistan. Not far from Samarkand, this city offers a small, traditional Uzbek town feeling away from the cosmopolitan atmosphere of big cities. Renowned for being the birthplace of Amir Timur, Shakhrisabz boasts of housing some of the most prominent architectural sites in Uzbekistanbesides providing a garden-esque tranquil atmosphere.

Founded way back 2,700 years ago, it is one of the oldest cities in Central Asia. Back then, it went by the name of Kesh, and as per some records, it was also briefly called Nautaca. Formerly a part of Achaemenid Empire which was the first Persian Empire, it was an important urban center of a major province within the empire known as Sogdiana. During this period the city’s walls got renovated.In 710, this city came under the rule of Arab invaders who ruled extensively till the 12th to 13th century. In the 13th Century following the Mongol conquest of Khwarezmia, the region was then ruled by Barlas tribe.

But one thing where Shakhrisabz stands out and becomes attention grabbing is being the birthplace of Amir Timur, the founder of the Timurid Empire. The city enjoyed considerable patronage of Timur. He had plans of constructing numerous tombs and institutions in the city and even initiated the process, but shortly after much of the activity shifted to Samarkand. Otherwise today the lesser-known Shahrisabz might have been one of the biggest cities in Uzbekistan.

Things To Do In Shakhrisabz

As it is just 30 Km away from Samarkand, which itself is renowned for accommodating numerous historical sites, there are some of the prominent historical sites painstakingly preserved which you can explore. Many of these sites are now listed under UNESCO tentative list.

More often than not, the Palace of Ak-Saray is synonymously used with Shakhrisabz. According to legends, it was built by Timur himself and the foundation of this place was done with clay mixed with gold. It took over a quarter of century to be fully completed and is deemed as the finest example of ancient grandiose civil architecture.

This madrasah was constructed in 13th Century by Shams ud-Din Kulal who traveled to this place from Bukhara to spread Islam. This madrasah was the study center for the children of many noble and renowned families living in and around Shakhrisabz at that time.

The giant complex was designed for the disposal of Timur along with all of his descendants. In the complex, there are various mausoleums, one of which is of Jehangir, who was the oldest son of Timur. In the center of the complex, there is a sarcophagus completely made out of marble covered with a huge slab which puzzles many archaeologists. Nevertheless, it is one of the best historical ensembles in Uzbekistan.

This museum was founded in 1996 to mark the 660th birth anniversary of Amir Timur. It contains much archeological, numismatic, and ethnographic collection from the Tamerlane era.

Besides the above constructions, you can also find more modern establishments like the Mirhamid, Chubin, Kunduzar, and Kunchibar mosques which have a modern touch to them. You’re always free to take a trip to nearby Samarkand which is just 30 Km away from here, or arrange a dual city tour with Samarkand before commencing your Uzbekistan trip.