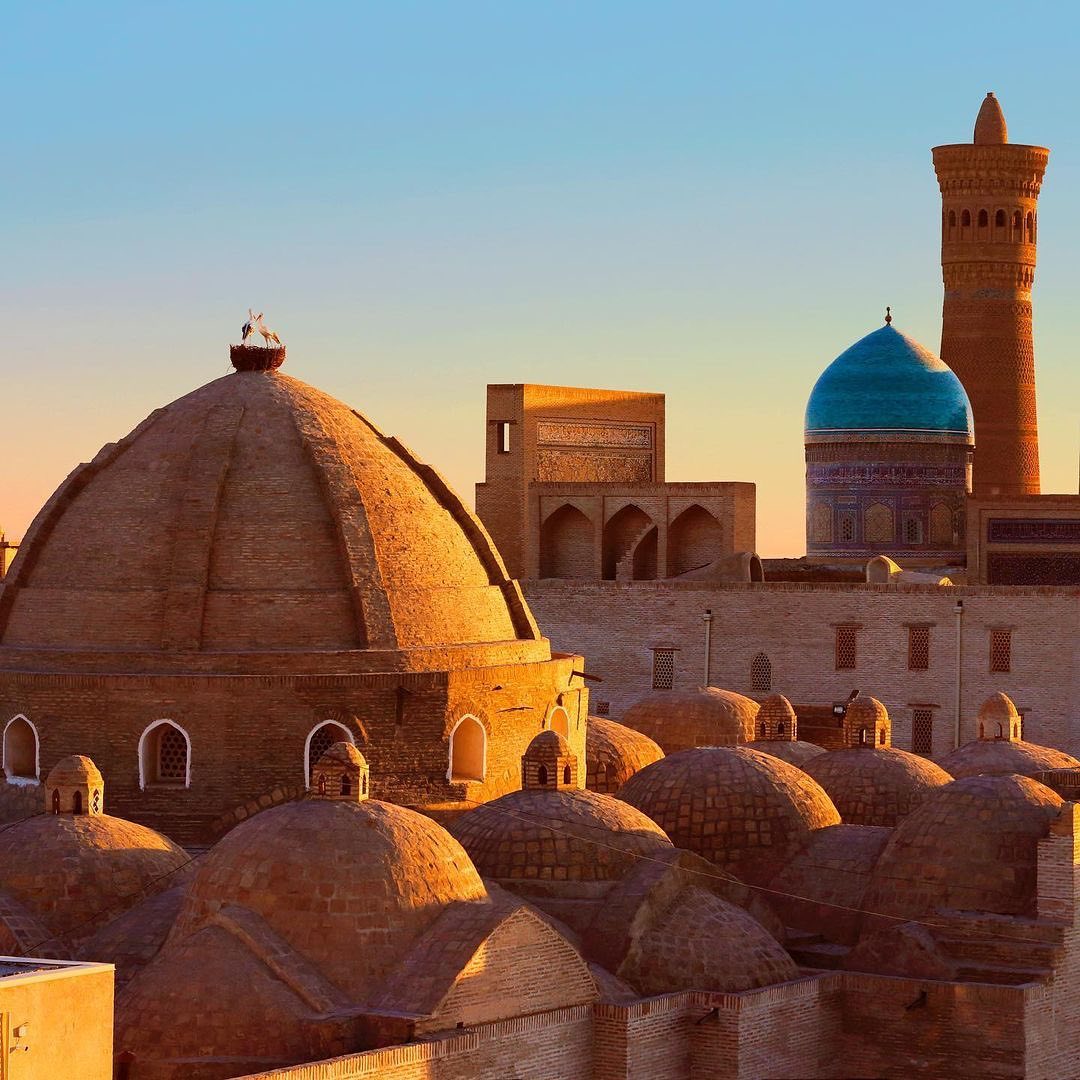 Immerse yourself in the mysterious atmosphere of Bukhara and enjoy a walking tour of the old city. Explore the history and sights of Uzbekistan and create new memories with Minzifa Travel!

What awaits the sightseers?

With Minzifa Travel tourists will have enough for one day to get into the mood of the country. During the tour, vacationers:

See the ancient Karakul Gate, which is located on the edge of the city

This is where the tour begins. The Karakul Gate was erected under Abdullah Khan II in the capital of the Bukhara Khanate. The gate was named after the city of Karakul, through which Hajj pilgrims and merchants from the Middle and Near East passed. Today it is one of the main tourist attractions of the city.

Enjoy the splendor of oriental mosques

Kalyan is a Friday mosque built of wood, stone and burnt brick: the facade is decorated with Arabic ligature, blue and blue flowers, and bright mosaics. Bolo-Hauz (Children’s Pool) with its artificial ponds served not only as a shelter for the worshippers but also as one of the main water sources. The Magoki-Attori Mosque is shrouded in legend: Bukhara residents claim that once upon a time both Muslims and Jews prayed there simultaneously.

The Samanid Mausoleum was built on the territory of the cemetery: it is the only structure in Muslim history with a full roof. The mausoleum and the well of Chashma-Ayub is a sacred place for representatives of three religions: it is believed that the well was created by the prophet Job, so the water in it is sacred.

In Miri-Arab Madrasah tourists are not allowed, but at sunset and thanks to the bright lighting at night the building looks especially spectacular. The Madrasah of Abdulaziz Khan amazes with its intricate ornaments, bird and dragon silhouettes, marble carvings, gilding, and its close connection to the history of the Great Silk Road. The Ulugbek Madrasah is distinguished by its modest and austere decoration: excerpts from the Koran and astral motifs.

Admire the trading domes and see the fortress of Ark, the palace of the rulers.

The legend tells of Siyavush, the son of a ruler, who was banished by his wicked stepmother. One day at the market, the young man met a beautiful but rich girl and fell in love with her. The girl’s father, ruler Afrosiab, allowed the marriage on the condition that Siyavush would build a luxurious palace. This is how the fortress of Ark appeared.

Get acquainted with the historical complex Lyabi-Hauz, at which the tour of Bukhara will be completed.

Lyabi-Hauz ensemble is a favorite place for all tourists in Bukhara. Here excursionists will admire the reservoir, buy souvenirs in the shops, spend time in a cozy teahouse. Lyabi-Hauz is famous for its atmosphere of mystery and serenity, so tourists will be able not only to make beautiful pictures, but also to relax your mind and body.

Excursion from Samarkand, Khiva and other cities to Bukhara – walking, so sightseers are advised to choose comfortable clothes and shoes. The total duration of the tour – 6-7 hours.

The price of the tour (from $232) includes the services of a professional guide. Additionally paid admission to museums and other attractions of the city. Meals are not included in the cost and program of the tour.

With Minzifa Travel tour participants will learn the secrets of the Uzbek city and leave a piece of their hearts in the mysterious Bukhara. Please, apply for Bukhara sightseeing tour on the official website or write to our e-mail: travel@minzifatravel.com. Tell us about your wishes and we will do our best to make your trip memorable.