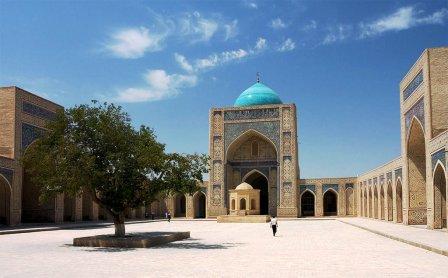 The Mosque and the Rules for Visiting It (9 Rules)

Tourists who come to Central Asia should definitely know what a mosque is and the rules for visiting it. A mosque is a prayer house for Muslims. The word mosque in Arabic means “to fall down,” that is, it is a place of worship or a place of prayer where Muslims can worship God during their prayers. The interior decoration of the prayer space of a mosque should not distract the praying person from his or her activities. Therefore, there are no paintings on the interior walls of the building. The only thing they can be decorated with sayings from the Quran. Since the mosque is not just a place where visitors and tourists come, but a place where people come to pray, it is necessary to adhere to the requirements of visiting the mosque.
Mosque and its rules are not prescribed anywhere as a law, but when you come to Central Asia and go on an excursion to a mosque, try to adhere to them. So, the most important rule is that you should not visit the mosque while under the influence of alcohol or drugs.

For tourists who know what a mosque is and the rules for visiting it, a tour of such sights will only be a pleasure. Not only will they be able to enjoy the views, but they will also be able to pay respect to the culture and people whose country they are visiting.

Want a tour to Uzbekistan?