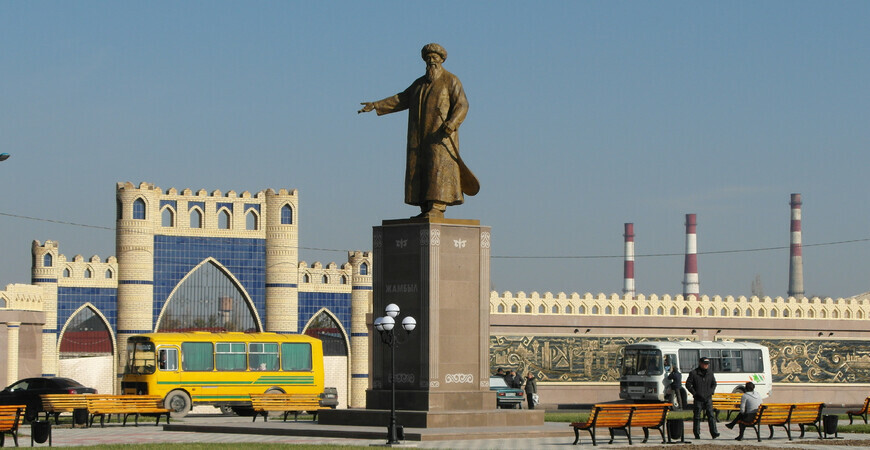 Every city is filled with legends, mysteries, and riddles. In each of them unexplainable events once happened, or the locals themselves have invented a legend or two. But when it comes to Taraz, the need for composing falls away: the Kazakh city really has a lot of stories.

The territory on which Taraz is located today is more than a century old. During this time there have been many interesting events, each of which has left a mark on the general perception not only of the city, but also of all of Kazakhstan. Explore the pride and cultural heritage of Taraz with Minzifa Travel!

Come to Asia’s most ancient city for the first time, or are you a frequent visitor? Be sure to visit:

In the XI century, the territory on which Taraz is now located was ruled by Shah Mahmud Bugra. One of the most famous tombs of Kazakhstan was created in his honor. The name of the ruler is associated by the locals with a romantic story, which will surely arouse the interest of tourists as well.

Aisha-Bibi was the love of Shah Mahmud’s life: the girl reciprocated the feelings of the ruler. But her uncle flatly refused to marry his niece, and then she fled to her beloved. On the way Aisha was killed. When coming to the mausoleum, one cannot help but remember this story and pay homage to Aisha-Bibi.

The façade resembles a portal, and the arch is decorated with niches of different shapes. Inside the mausoleum is a large room with a tomb. It is also noteworthy that the landmark embodies both modern features (brick facade) and the Karakhanid era (unrestored dome).

In this mausoleum Aisha-Bibi, Karakhan’s beloved girl, found peace. What caused her death? A snake bite which crawled into her shawl. The building embodies the architectural style of the period: geometric and zoomorphic patterns, terracotta tiles. There is a park around the mausoleum, where you can take a break after the tour.

In the IX century on the site of the architectural complex was a Zoroastrian cemetery, and it is the tomb of Mahmud Khan. Almost a century ago all the constructions of the complex were destroyed, but from the preserved paintings they managed to restore them. Tecturmas is situated on the bank of the river and offers a beautiful view of the city: the best time to arrive is when the sun goes down.

The mausoleum is especially revered by the Kazakhs because it is not so much a tomb as a monument to great devotion. Babadzha, Aisha’s nurse, found rest here. She was with the girl on the road, and when Karakhan’s beloved was bitten by a snake, the nanny turned into the caretaker of the mausoleum. After Babaji’s death, the ruler built a tomb for her nearby so that she would never be parted from her ward. The most interesting thing about the mausoleum is its architecture: the umbrella-shaped dome and the double-curved ribs. In all Asian architecture, this building is unparalleled.

The domed brick building was created in the 19th century. It was built in the style of the baths of the East in the XI century: until the middle of the last century the structure was used for its intended purpose.

During the Middle Ages Taraz was an important center of culture, science, crafts and international trade. It was praised by poets, the best architects decorated it with mosques, mausoleums and palaces. And today the city continues to be a part of tourist routes.

Taraz is an amazing opportunity to feel the atmosphere of several epochs at once. If you have a desire to travel through time, please contact Minzifa Travel via WhatsApp or e-mail travel@minzifatravel.com. We will be glad to choose for you a tour or sign up for a fascinating excursion.