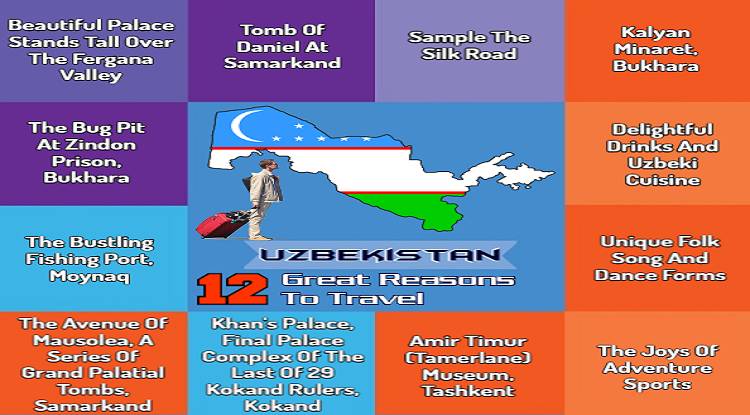 Uzbekistan possesses memories of a fascinating past, which stunned travellers with its architectural wonders. It has a long history with travel, as its cities have vital stops on the ancient Silk Road Route. The country is home to an incredible number of picturesque mosques, mausoleums and madrasas in every shade of blue. A brilliant reason for travelling to Uzbekistan is that the place is yet to be crowded by overenthusiastic travellers.

Tomb Of Daniel At Samarkand

The Avenue Of Mausolea, A Series Of Grand Palatial Tombs, Samarkand

The Joys Of Adventure Sports

If you are looking for a culturally enriched travel experience, look Uzbekistan, the Central Asian giant and then go for the Sightseeing Tours In Uzbekistan with the help of Minzifa Travel possessing sound knowledge and history of Uzbekistan combined with expert guides and language translators for all foreign visitors making your travel very smooth and easy. Please visit the site for more details.