Skip to content (Press Enter)
Home➜Compass➜News & Reviews➜Pilaw at 5 a.m. and PIN-code of a bank card: what surprises tourists in Uzbekistan 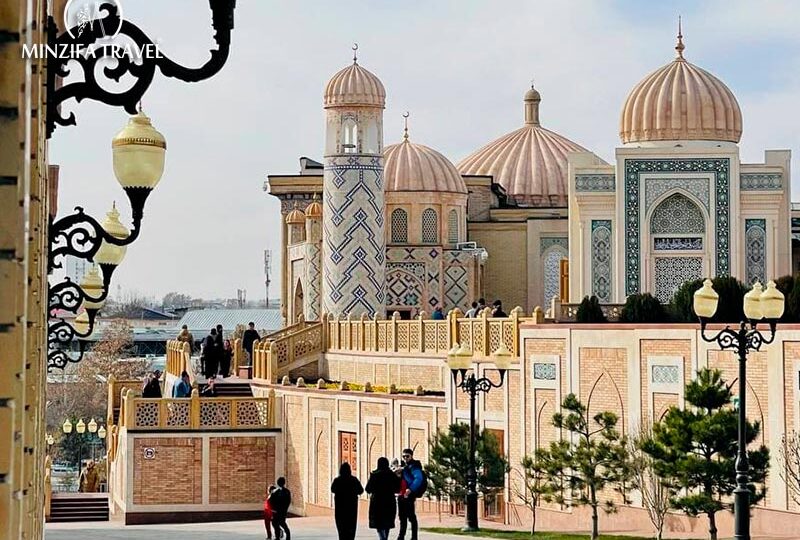 The stories of foreign guests are about what features of the way of life in Uzbekistan struck them most.

Since the beginning of the year, about 1.2 million tourists have visited Uzbekistan. In addition to the ancient architecture and beautiful nature, they remember the original Uzbek traditions and habits of the natives.
Uzbekistan’s social media users told Sputnik what features of the local way of life struck their foreign guests the most.

Who comes to visit in the morning

Everyone knows that hospitality is developed in the East. But they have no idea to what extent, says user Razzo, who invited friends from Russia and Georgia to his brother’s wedding.

“We give out pilaf before the wedding early in the morning – they invite relatives, close friends, acquaintances. My friends were surprised that anyone can come, even if they just come in off the street. Of course, Georgia is also famous for its hospitality. But when they came for the pilaf at five in the morning and saw 500 people in the restaurant…”.

However, you don’t have to go to a wedding to be surprised by the local gastronomic habits – you can go to a lunch at an ordinary factory canteen, Olga says.
“Partners came from St. Petersburg. Dinner. They serve two kinds of side dishes – buckwheat and mashed potatoes – on the same plate. They ask: How can you eat two side dishes? And in Uzbekistan, such a side dish is called a complicated side dish. I told them that we also put four side dishes on one plate and a cutlet on top. They were surprised at such a side dish, and we were surprised at their reaction,” she says.

Tea with and without respect

Can there be life without tea? Certainly not in Uzbekistan. Muscovite Inga has long found this surprising.
“I first went to Uzbekistan because my neighbors in the stairwell turned out to be Uzbeks,” she recalls. – I invited them over and, to show them that I didn’t feel sorry for my guests, I poured a full mug for each of them – I even chose the biggest cups. Then, when I learned back in Tashkent that in Uzbekistan they pour the opposite to show respect, I felt a little ashamed. Before my trip I used to drink no more than three cups a day, and now I have come to appreciate the pleasure of sitting at tea for a long time.
Sometimes tea ceremonies surprise ethnic Uzbeks as well, Rahim writes.
“I pour tea in tiny tea bowls for Uzbek guests who have gone abroad as children. The tea is green, special, very rare, Chinese. It’s good to drink.
After the second cup, one of them says:

“How do you give the PIN code to the waiter?”

What usually amazes foreigners the most is that in Uzbekistan they tell the waiter the PIN number of their debit card and he … walks away with it to pay, Victoria said.

“My foreign friends almost fainted from this. It’s exactly the same shock when the cashier in the store asks you your PIN code loudly, you say it, and the cashier enters it! – she laughs. – No less surprised that the codes are the same, because not everyone changes them – for example, 1111”.

Uzbekistan is a multinational country, and that’s fascinating, Yulduz said.
“I invited friends from France, whom our family met on vacation, to visit. So they were most surprised by our Korean neighbors who speak Russian.”
And Feruza’s foreign guests were struck by the film story “You’re Not an Orphan.”
“They are interested in cinematography, and I advised them to watch this film. My friends were shocked when they found out that the film was based on real events. They said they now understood why they were still on the plane and the passenger sitting in the next seat was asking if they were being met at the airport and if they needed help.”

“I was struck by the cleanliness of the streets,” writes Lana. – I crossed the border through Chernyaevka three years ago. I walked across the border, and it was clean all around. Old houses along the road, but so well-kept. All trees are whitewashed, trimmed. Cars are old, small, but clean. My second impression is of the cab drivers. Maybe I was lucky, but everyone was very friendly. They helped me to get my bearings in Tashkent”.

Yuri was surprised that they gave him the phone for nothing.
“Or rather, how do you say, they gave it to me and left,” he explains. – I had an urgent need to call the hotel, and my phone was dead. I went into the first store I saw, began to explain the situation – the salesman didn’t even listen to the end, immediately gave me his cell phone and left for the warehouse, he must have had some business there. I asked him later: what if I had left with this phone? In general, there are amazing people living in Uzbekistan.