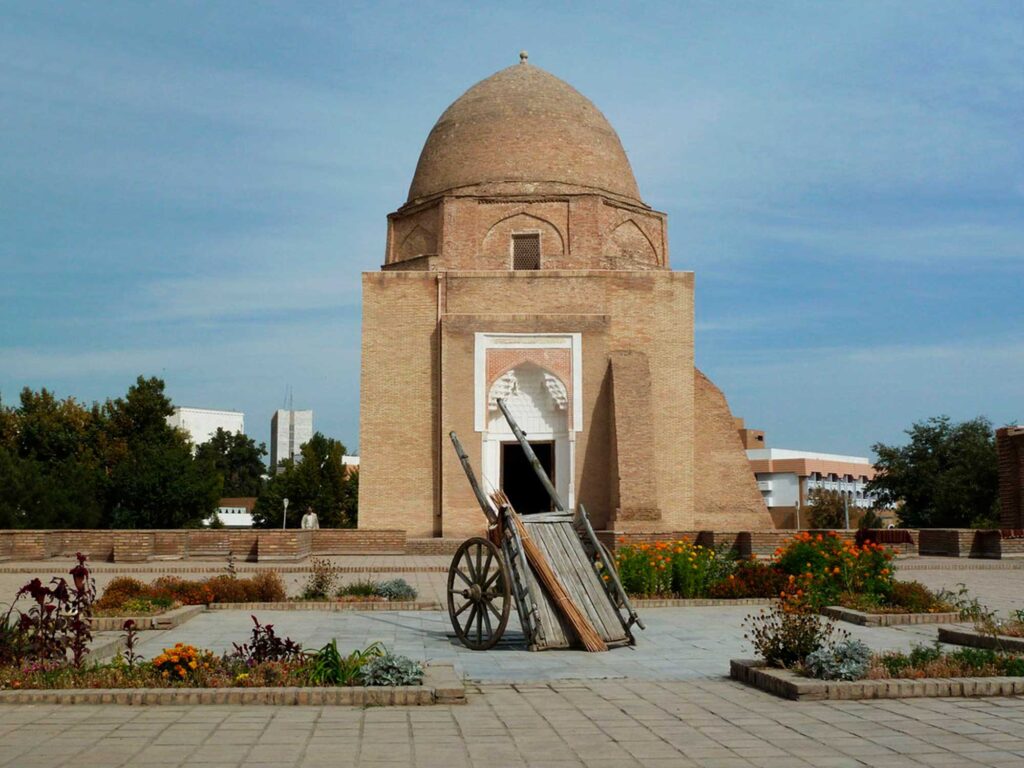 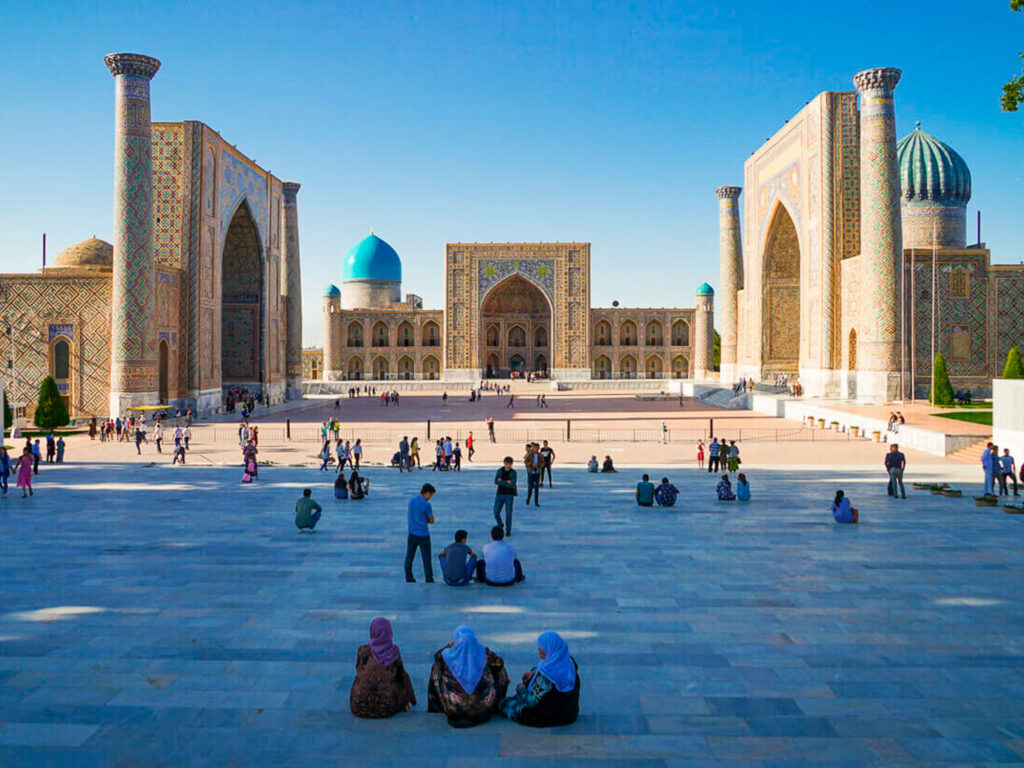 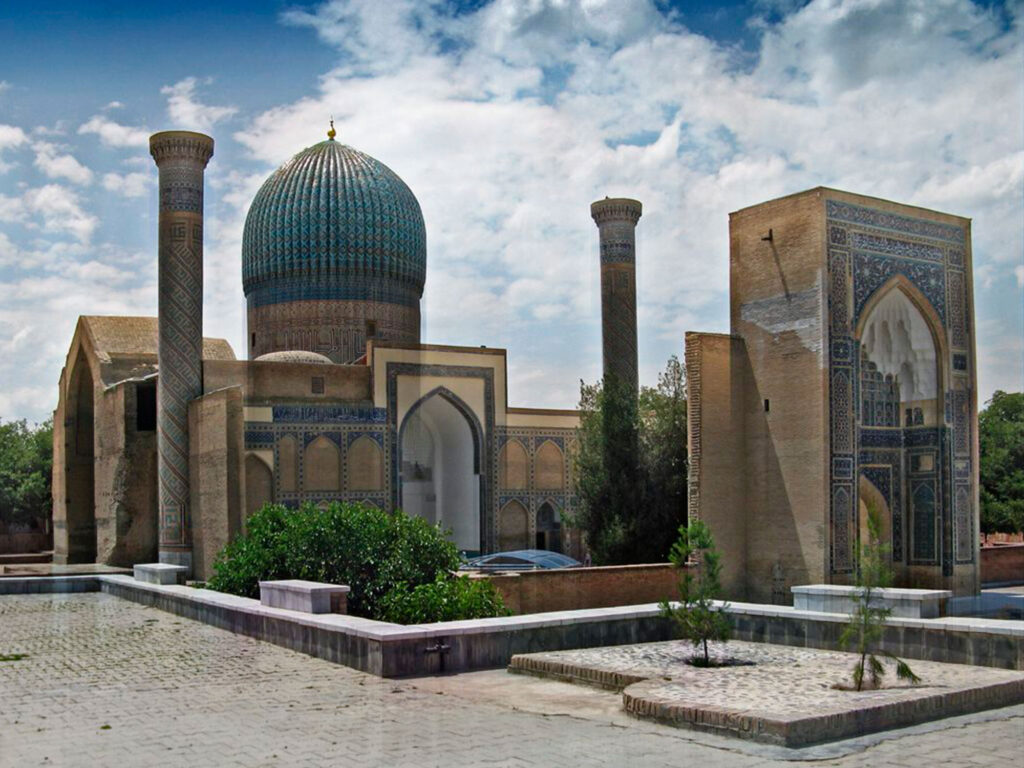 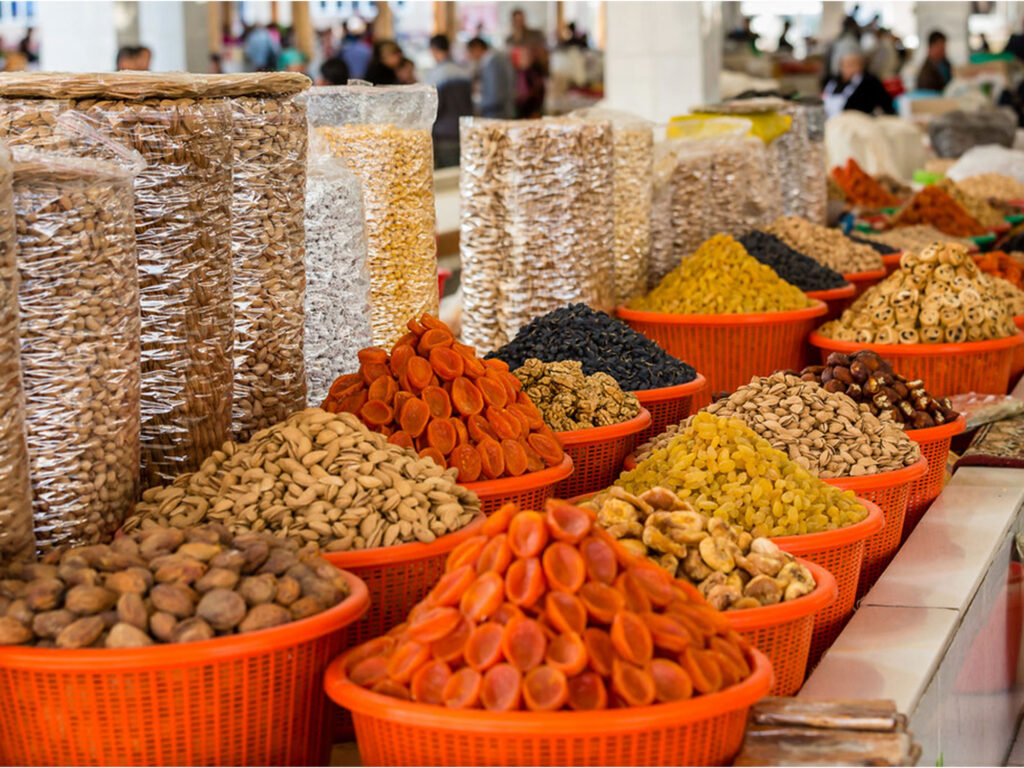 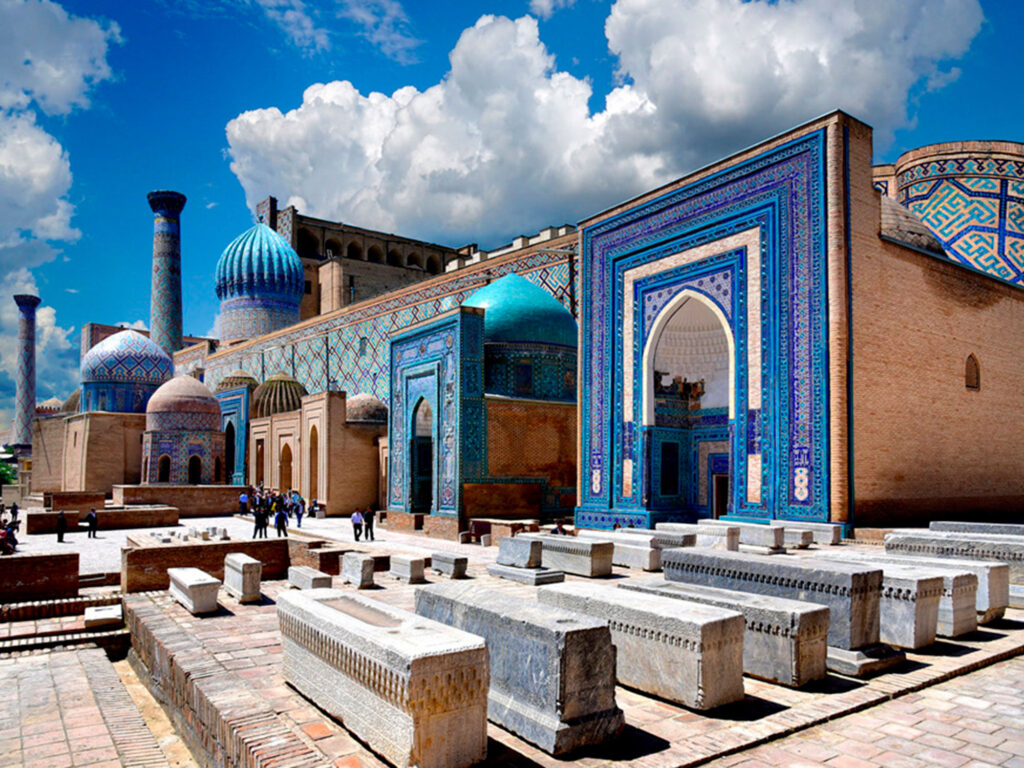 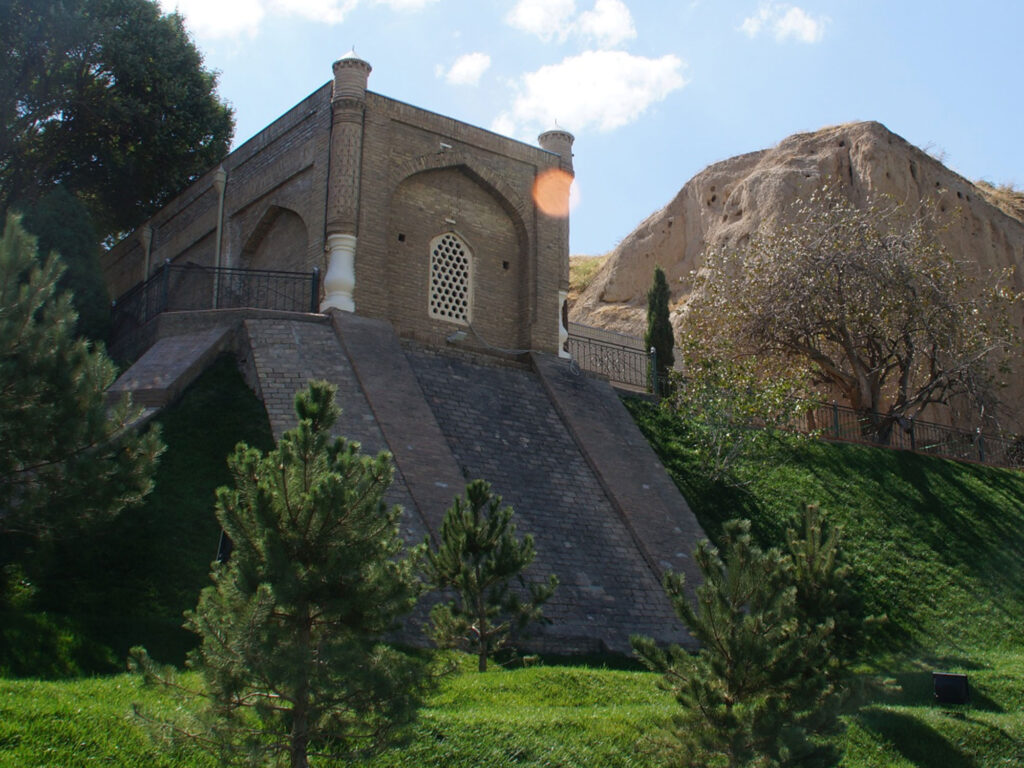 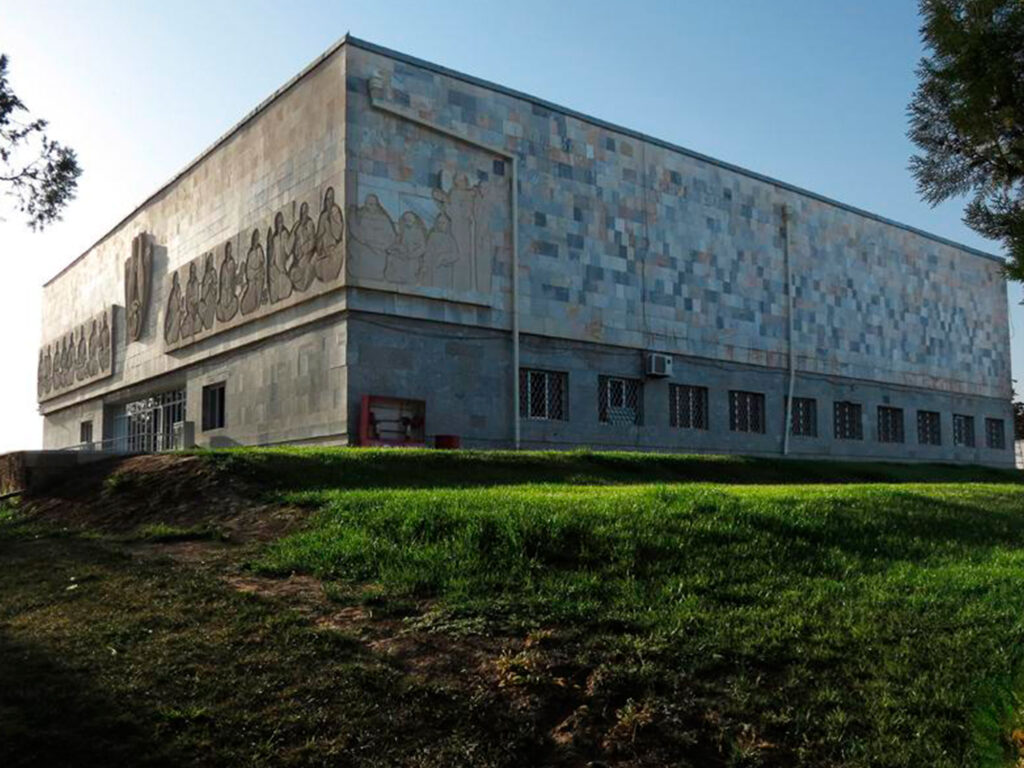 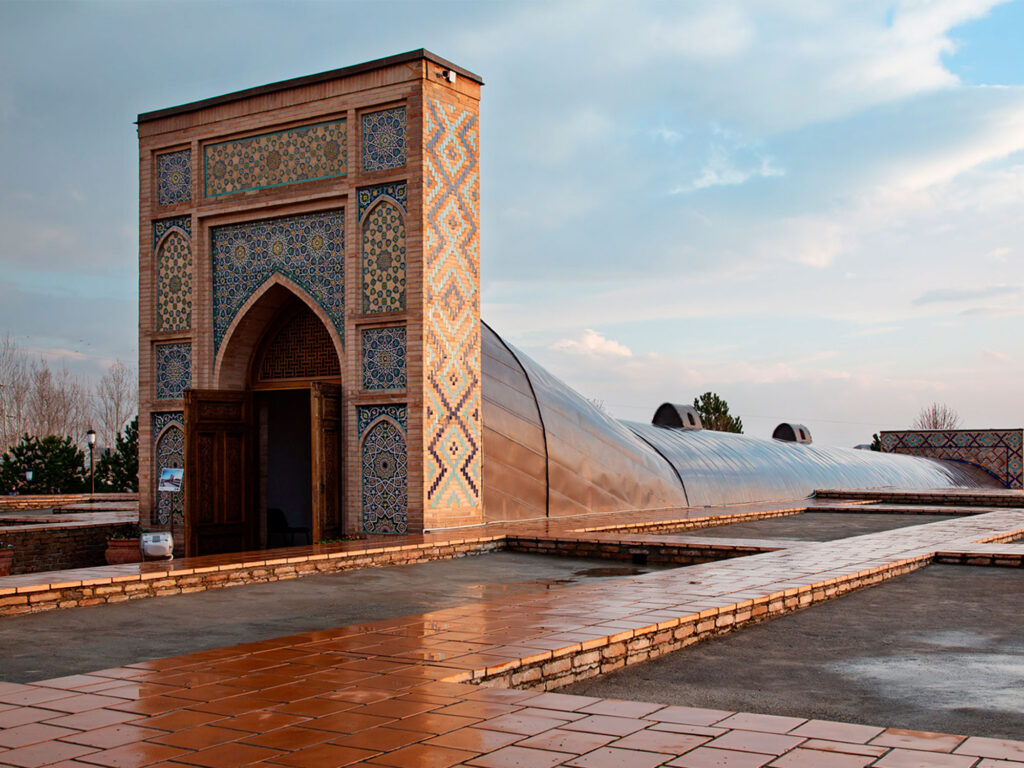 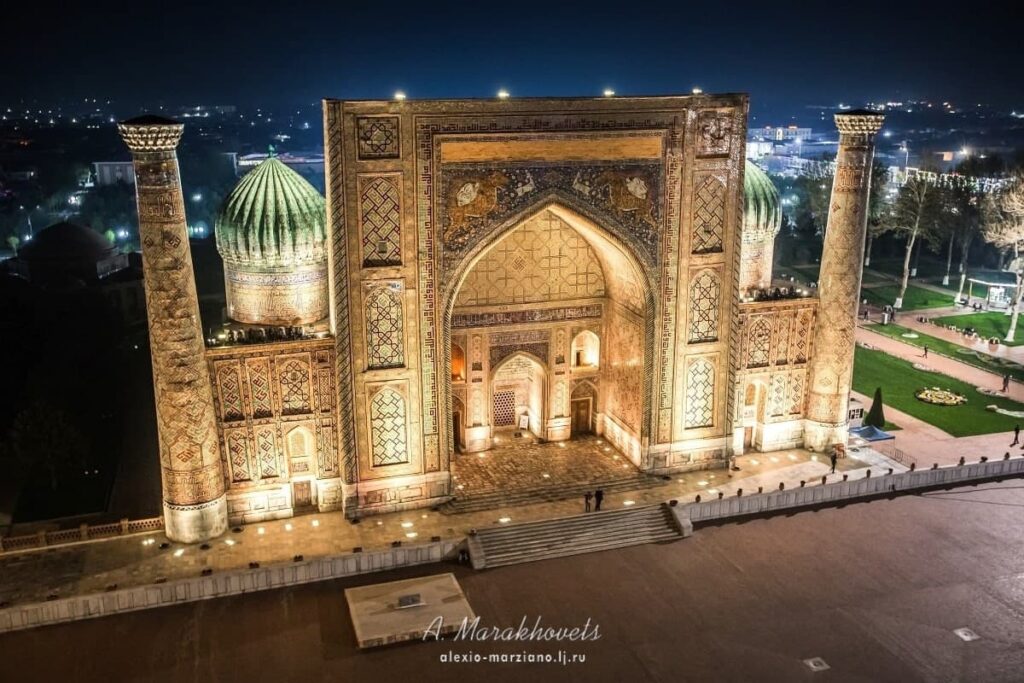 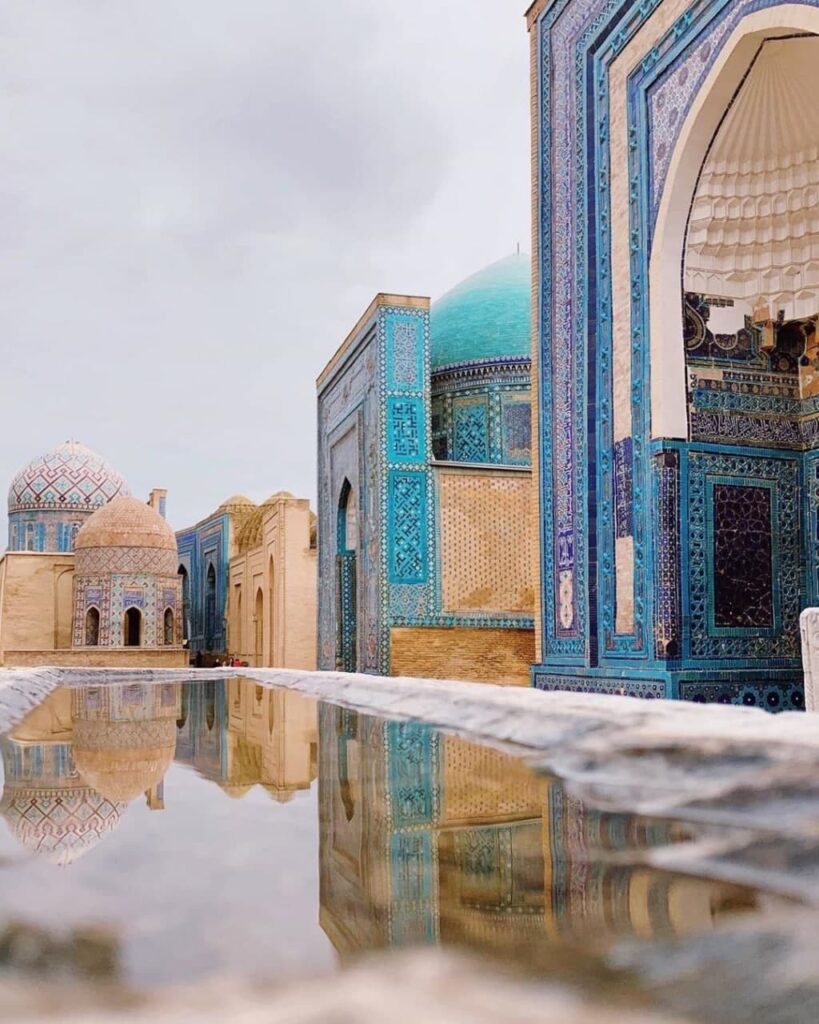 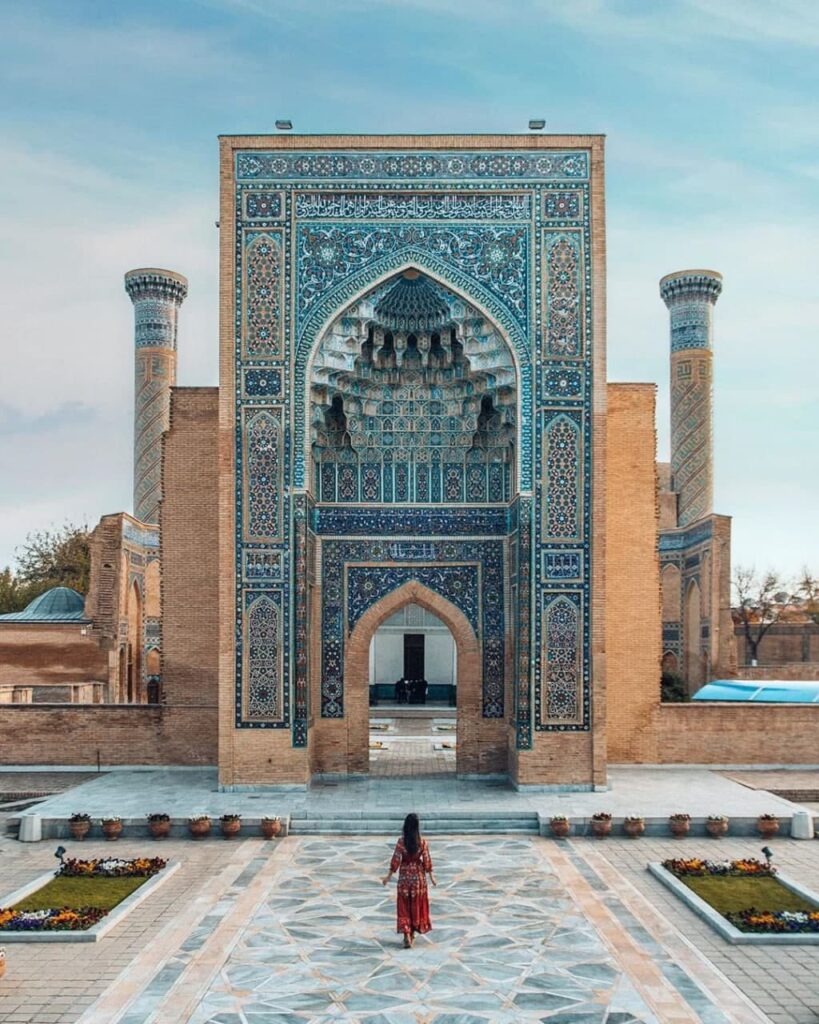 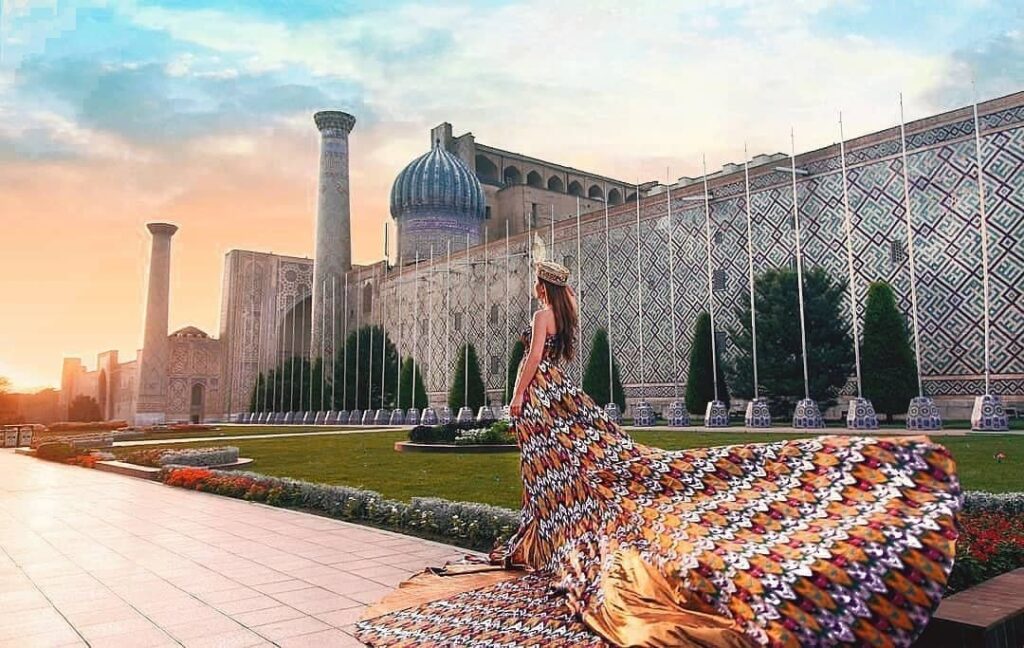 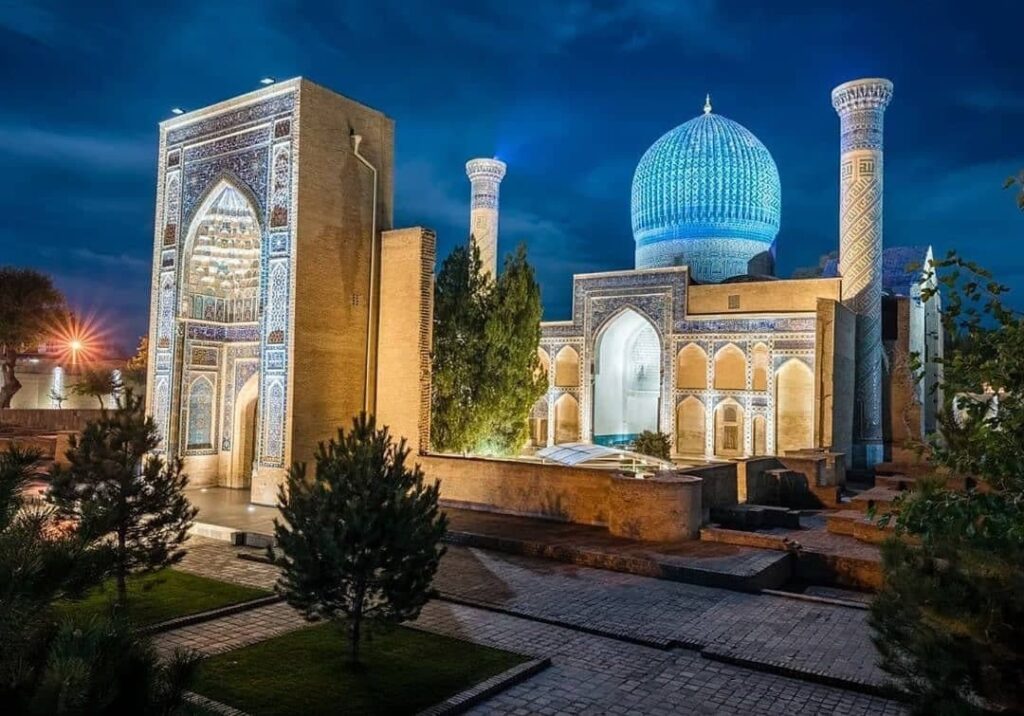 A one-day sightseeing tour of Samarkand will acquaint you with the monuments of medieval architecture and the history of the ancient city. The excursion begins with an overview of one of the outstanding sights of Samarkand – the Tomb of Tamerlane.

Meeting with the guide at the hotel.

The excursion will begin with a visit to the symbol of Samarkand – the Gur-Emir Mausoleum (the tomb of Amir Timur and his children). Next, we will proceed to the nearby Mausoleum of Rukhabad. Then the excursion will continue to Registan Square. Registan Square is a complex of three monuments: Ulugbek Madrasah (15th century), Sher-Dor Madrasah (17th century), Tillya Kori Madrasah (17th century). A 5-minute walk is the majestic and largest Mosque Bibi Khanym. This building will make an unforgettable impression on you. Near the mosque is the famous Siab Bazaar, which is over 500 years old. Nearby there is another Hazrat-Khizr mosque and the royal necropolis of Shahi Zinda (Living King). Next, we will visit the Museum at the Ulugbek Observatory, which was built in the 15th century for the study of astronomy. After that, we will go to the ancient settlement of Afrasiab, where the Afrasiab Museum is now open. Then we will proceed to the northern suburbs of this settlement, where on the steep bank of the Siab River is the tomb of Khoja Daniyar, better known as the Prophet Daniel, who is equally revered by the followers of Islam, Judaism and Christianity.
This is where the tour ends.

Meeting with the guide at the hotel or at your designated place to start the excursion in Samarkand.

The Gūr-i Amīr or Guri Amir (Uzbek: Amir Temur maqbarasi, Go’ri Amir, Persian: گورِ امیر‎) is a mausoleum of the Turco-Mongol[1] conqueror Timur (also known as Tamerlane) in Samarkand, Uzbekistan. It occupies an important place in the history of Central Asian architecture[2] as the precursor and model for later Mughal tombs, including the Gardens of Babur in Kabul, Humayun’s Tomb in Delhi, and the Taj Mahal in Agra, built by Timur’s descendants. The mausoleum has been heavily restored.

The Rukhabad Mausoleum – which was built on the order of Tamerlane in the 12th century.

This mausoleum was constructed over the tomb of the famous scientist Sagaradzhi. The grandiose building occupied a rectangular courtyard that was surrounded by bewitching landscapes. The exterior decoration consists of spherical domes that form a cube in the base of the building. 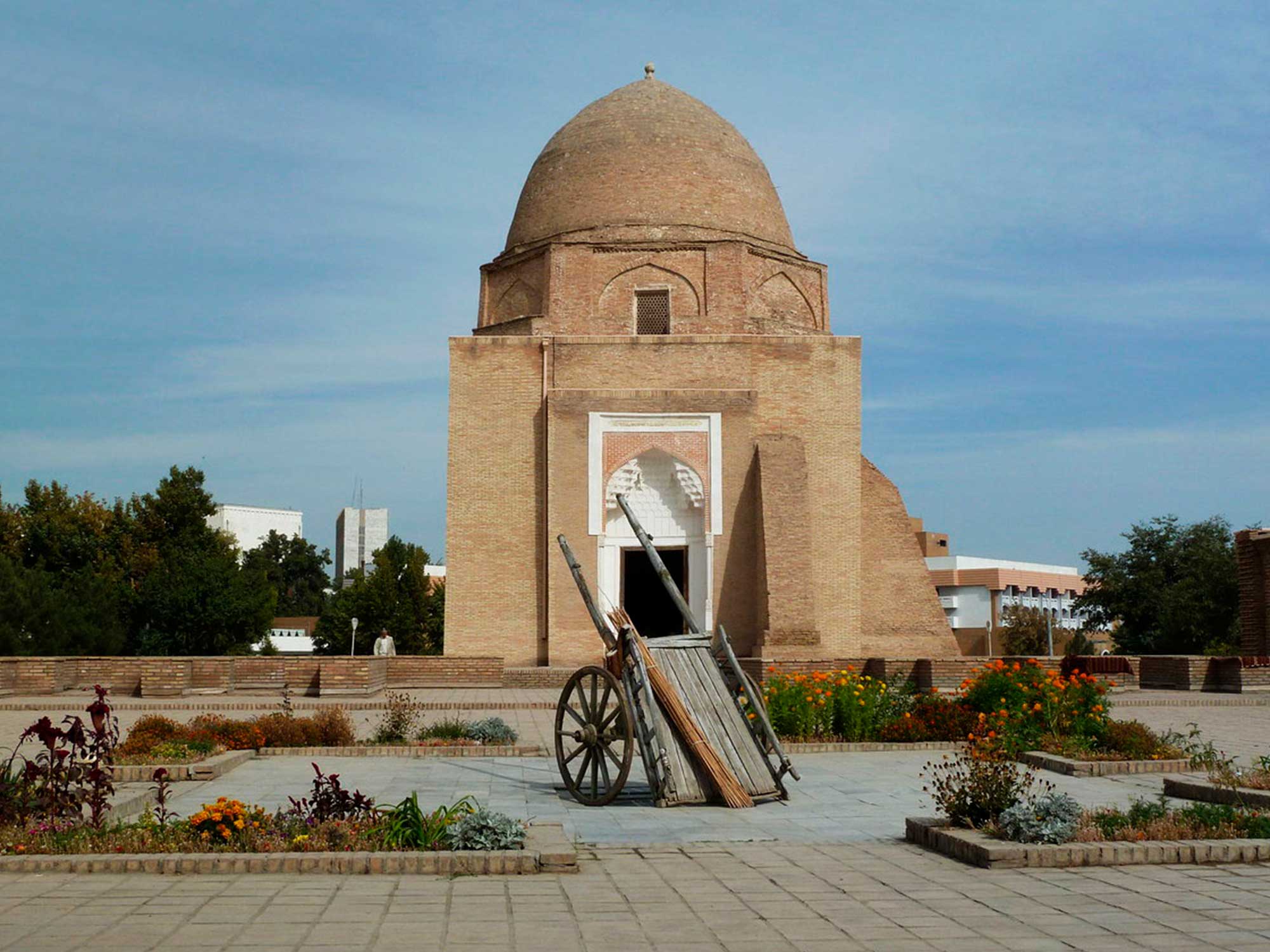 The Registan was the heart of the ancient city of Samarkand of the Timurid Empire, now in Uzbekistan. The name Rēgistan (ریگستان) means “sandy place” or “desert” in Persian.

The Registan was a public square, where people gathered to hear royal proclamations, heralded by blasts on enormous copper pipes called dzharchis – and a place of public executions. It is framed by three madrasahs (Islamic schools) of distinctive Islamic architecture. The square was regarded as the hub of the Timurid Renaissance. 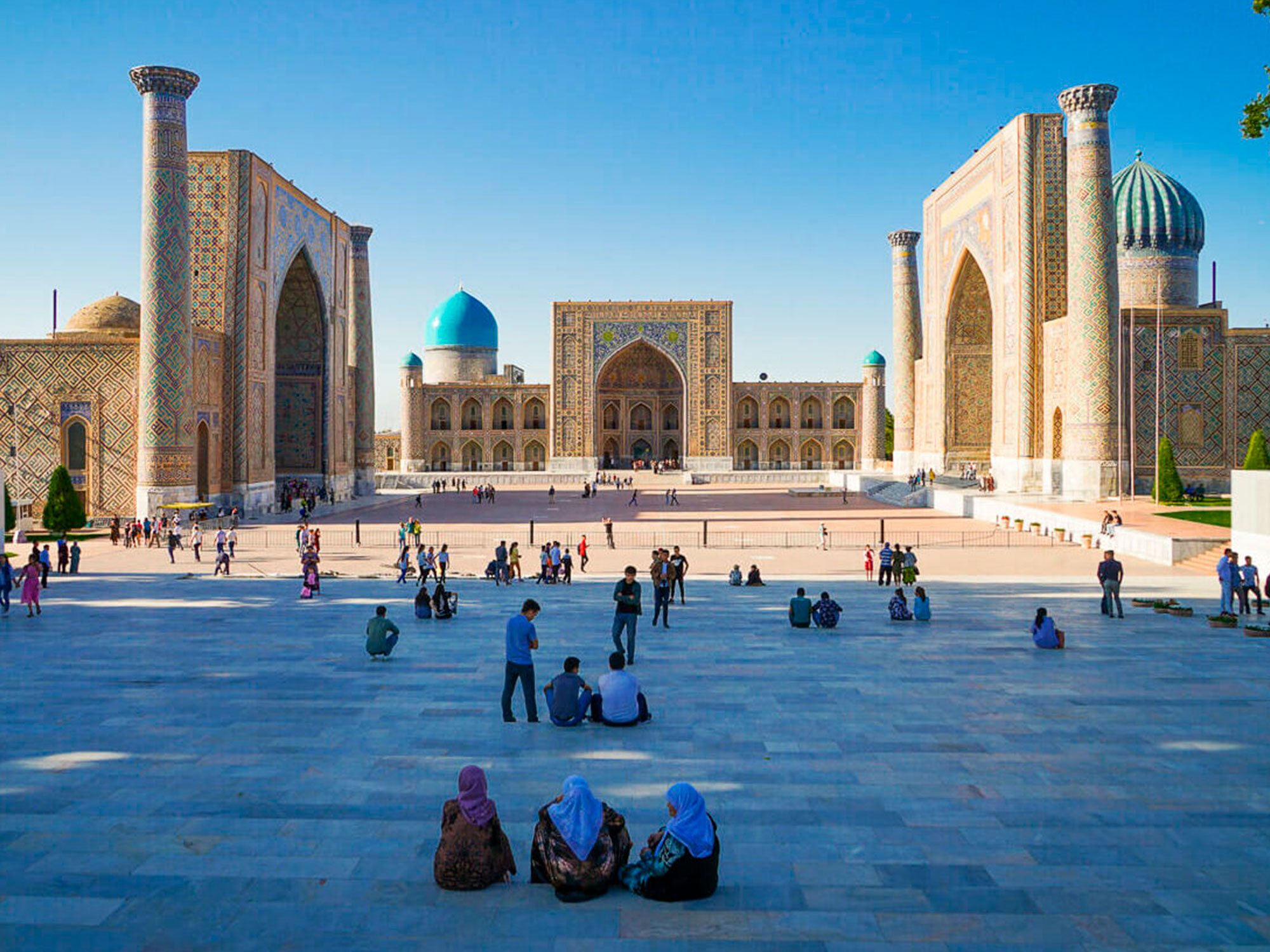 The Bibi-Khanym Mosque (Uzbek: Bibi-Xonim masjidi; Persian: مسجد بی بی خانم‎); also variously spelled as Khanum, Khanom, Hanum, Hanim) is one of the most important monuments of Samarkand. In the 15th century, it was one of the largest and most magnificent mosques in the Islamic world. By the mid-20th century, only a grandiose ruin of it still survived, but major parts of the mosque were restored during the Soviet period. 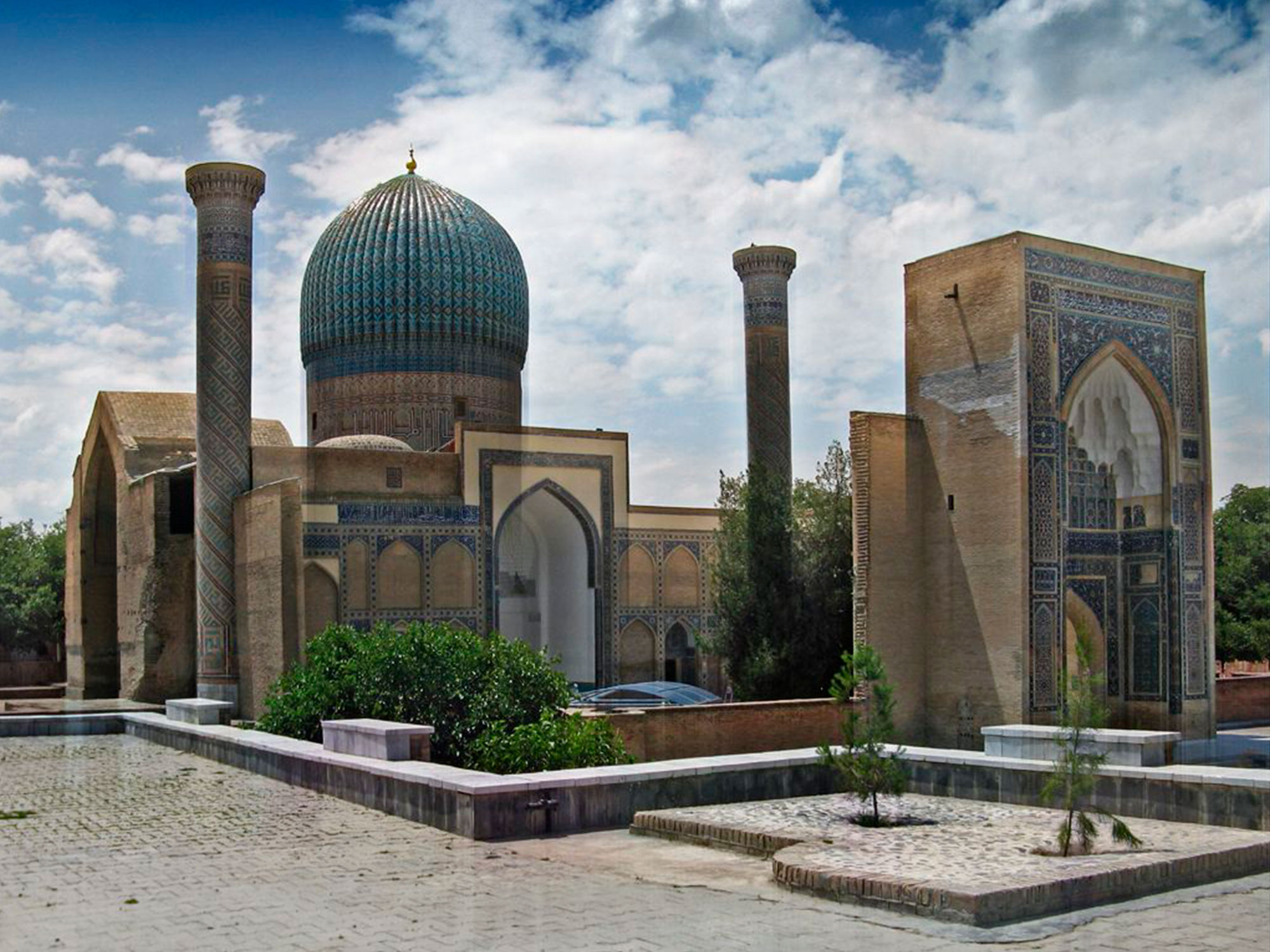 Siyob Bazaar is located adjacent to the Bibi-Khanym Mosque, and is visited not only by local people but also by domestic and foreign tourists. 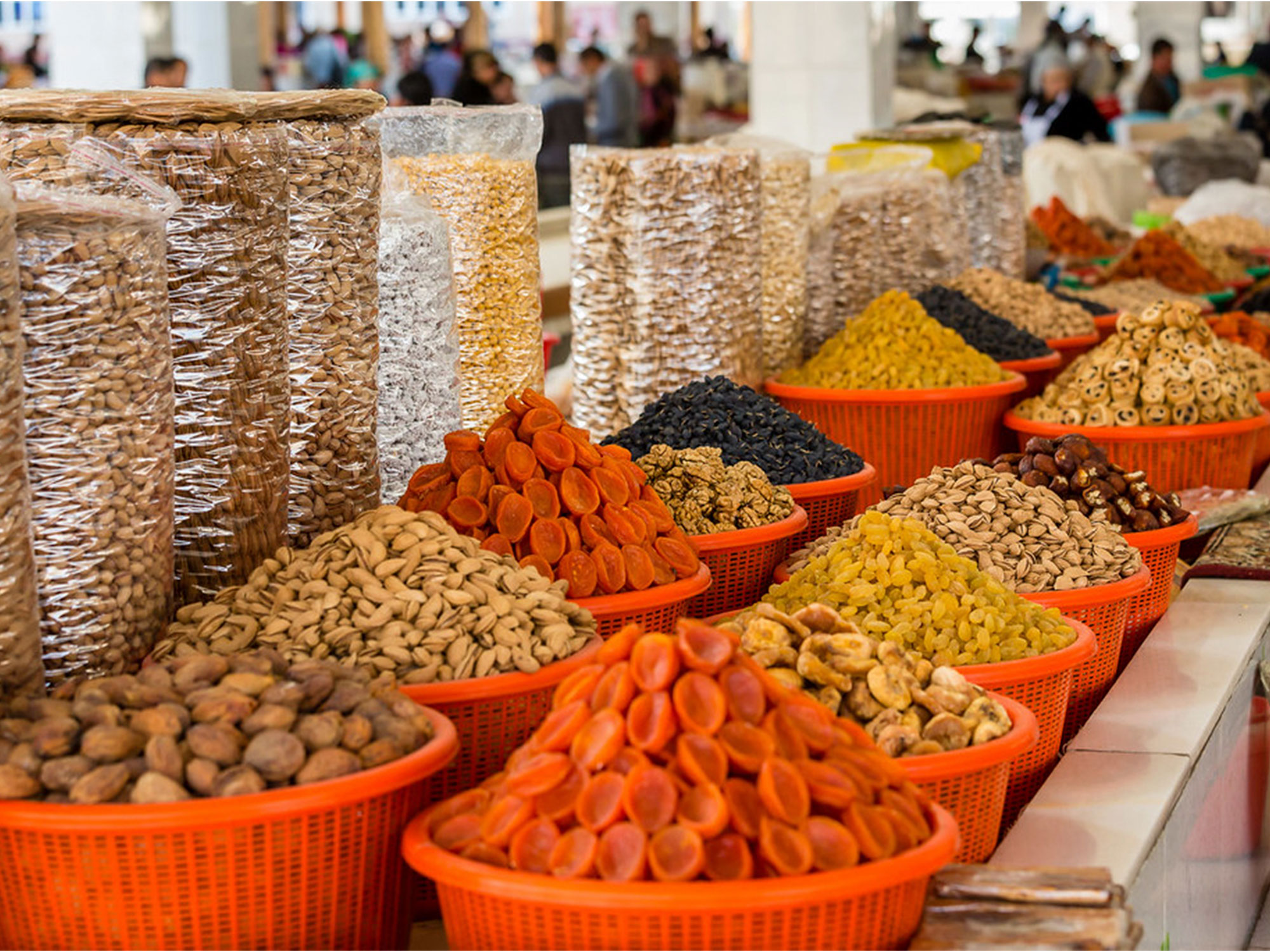 The Shah-i-Zinda Ensemble includes mausoleums and other ritual buildings of 11-15th and 19th centuries. The name Shah-i-Zinda (meaning “The living king”) is connected with the legend that Qutham ibn Abbas, a cousin of the Prophet Muhammad, is buried here. He came to Samarkand with the Arab invasion in the 7th century to preach Islam. Popular legends speak that he was beheaded for his faith, but he didn’t die, took his head and went into the deep well (Garden of Paradise), where he’s still living now. 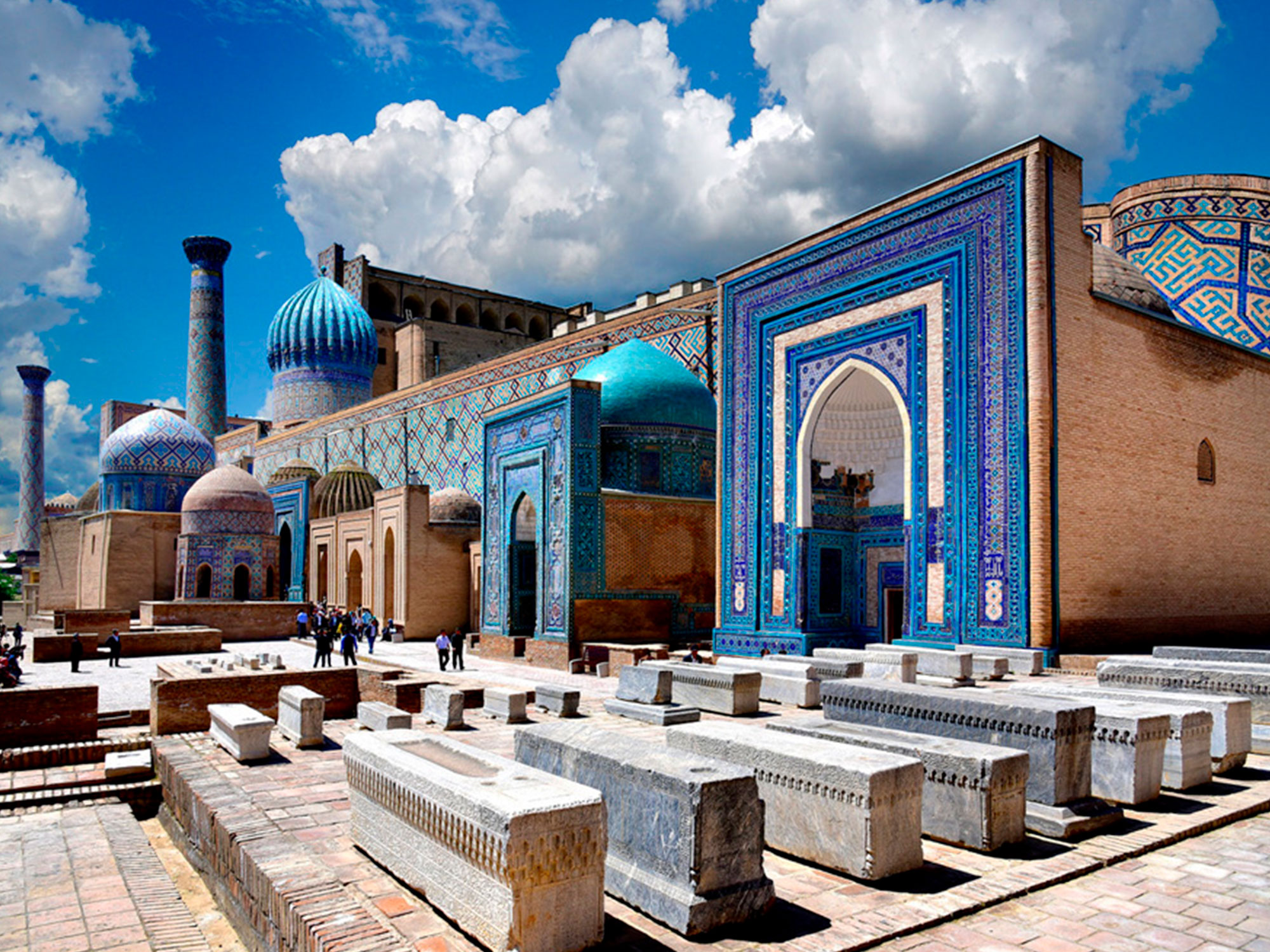 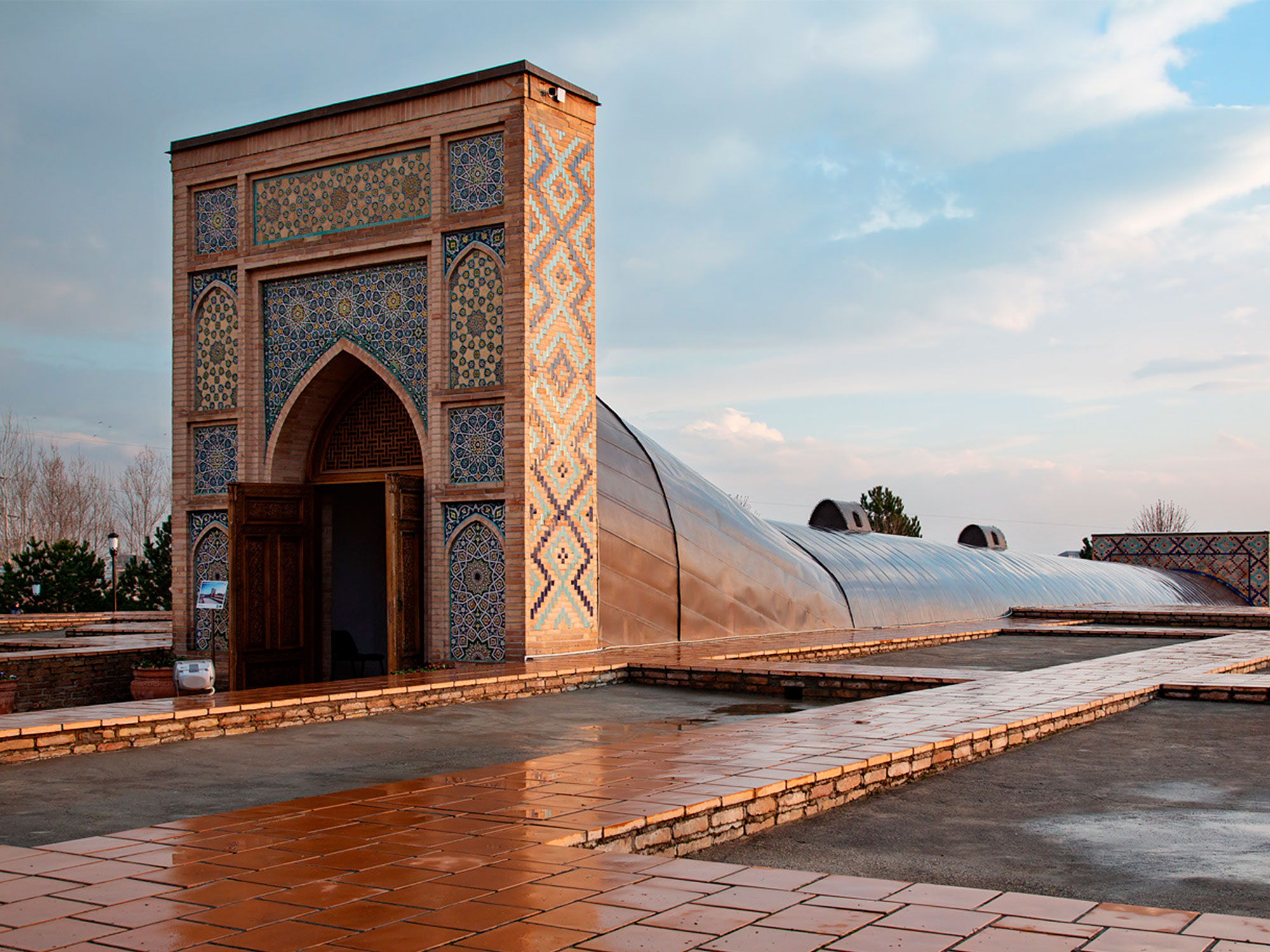 Afrasiab Museum of Samarkand (Uzbek: Afrosiyob-Samarqand shahar tarixi muzeyi) is a museum located at the historical site of Afrasiyab, one of the largest archaeological sites in the world and the ancient city that was destroyed by the Mongols in the early 13th century. 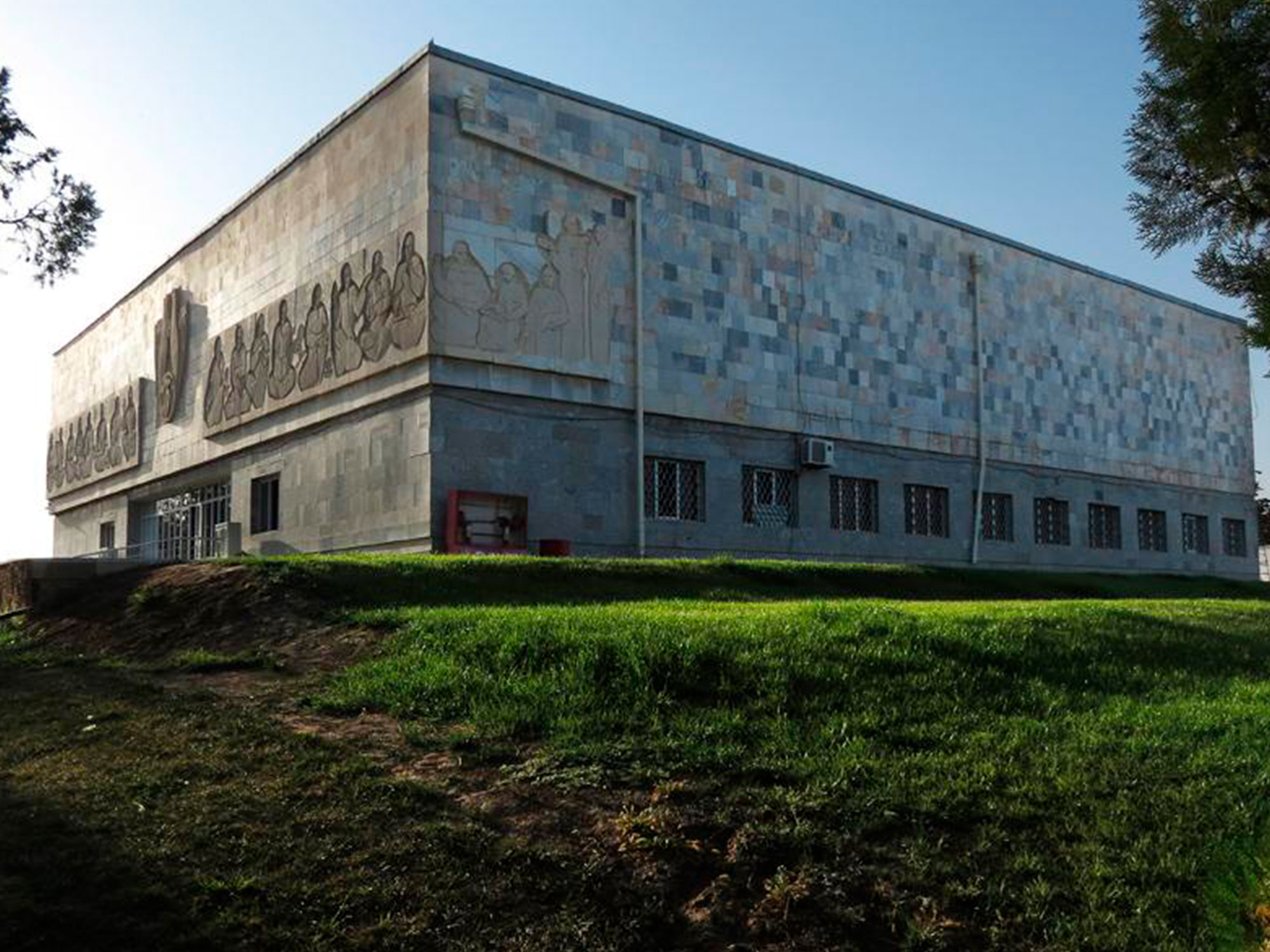 On the shore of Siab, a small tributary of Zerafshan River, there is a sacred place, which keeps the relics of Daniel, the Old Testament Biblical Prophet. Another version says that there are the relics of Daniyol (or Danier), an associate of the Arab preacher Kussama ibn Abbas. 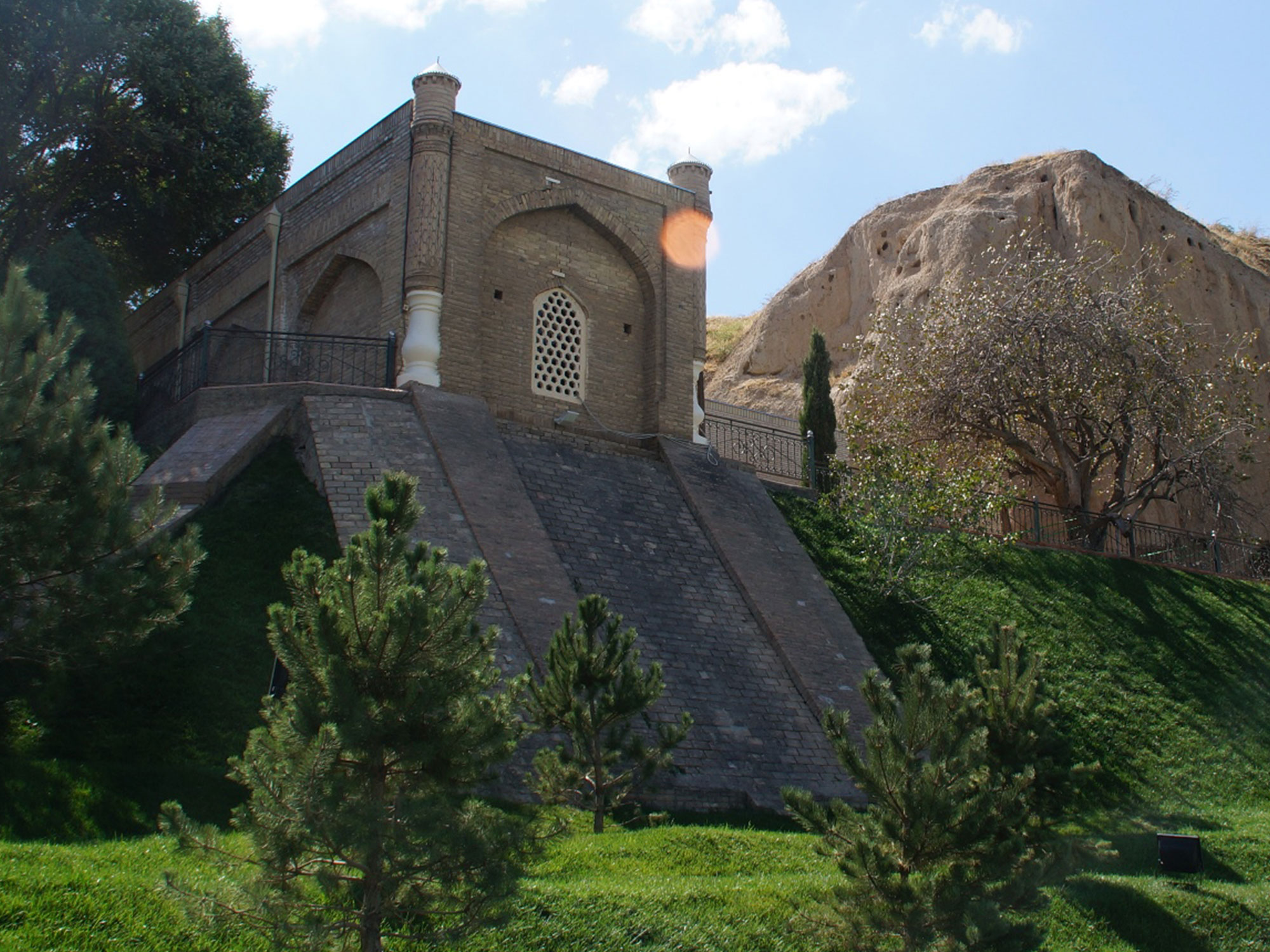