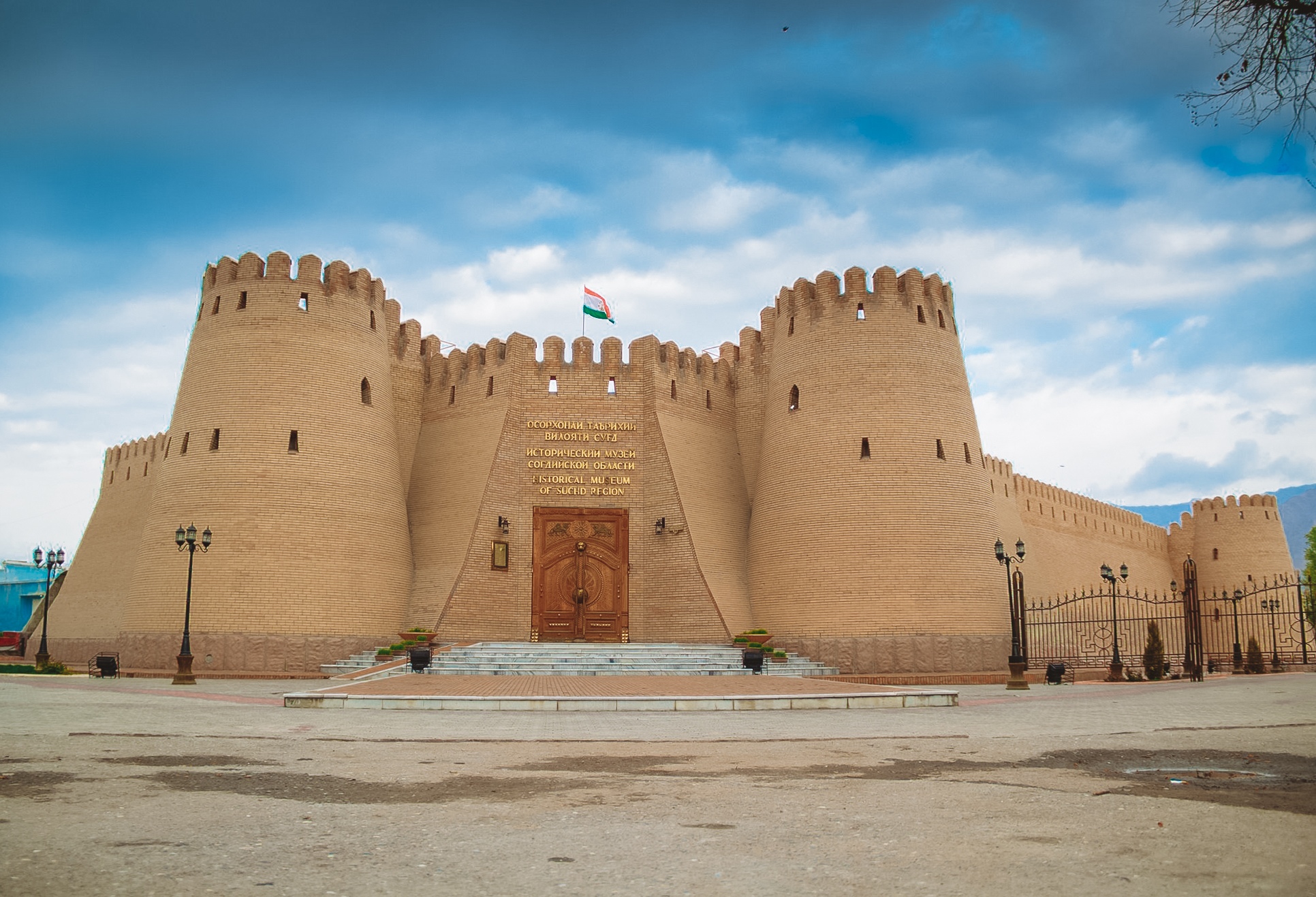 The second largest city in Tajikistan, Khujand is located in the Ferghana Valley on both banks of Syrdaryariver. Named Leninabad during Soviet times the city of Khujand is ground to 163000 inhabitants and worth a visit when in Tajikistan.

How To Get To Khujand ?

Reach There By Plane

When in Tajikistan, you will find an international airport in Gafurov referred to by its Soviet name – Chkalovsk not more than 10 km away from Khujand.

The Khujand in Gafurov airport has many flights flying to Russia.

Reach There By Bus Or A Taxi

Visitors can opt for shared taxis and marshrutkas to reach out to Penjikent, Istaravshan, Dushanbe and other parts of southern Tajikistan.

Attractions And Tourist Places In Khujand

Located on the left bank of Syrdarya, this new monument stands on top of a hill surrounded by fountains. The main feature of the monument includes the light, music and colour show displayed every evening.

The Masjid Jami Mosque is used for its religious purposes. The Masjid and the Madrassas are located on Bazaar Square.

The Ruins Of The X Century Citadel

The city of Khujand is a proud owner of a small renovated part which contains a museum that displays and describes the region’s history.

The Lenin Statue stands on the grounds once occupied by the Ismail Somoni Statue. The largest Lenin statue not only in Tajikistan but in all of Central Asia is now found in an unmarked park in Khujand. The park lies next to the Tajik war monument after the bridge.

The Bazaar consists of a beautiful Stalin-era building with an excellent place to shop for local food and delicacies.

There are a lot of places to be included on your must-see list around Khujand. The list includes the Kairakum reservoir on the massive Syrdarya River. You can reach to the reservoir via the Panchshanbe bazaar that is 30 minutes away from Kairakum.

A miniature beach with eateries and spectacular infrastructure stand along the reservoir and the nearby dam. This continues into a lot of sandy beaches furthermore.

The water reaching out to the shore is good and warm.

Khujand is primarily a hub for tourists heading towards the Zeravshan valley, Dushanbe or Uzbekistan than being a tourist hot spot. Call us or visit our website to book your tour to the Khujand city now.