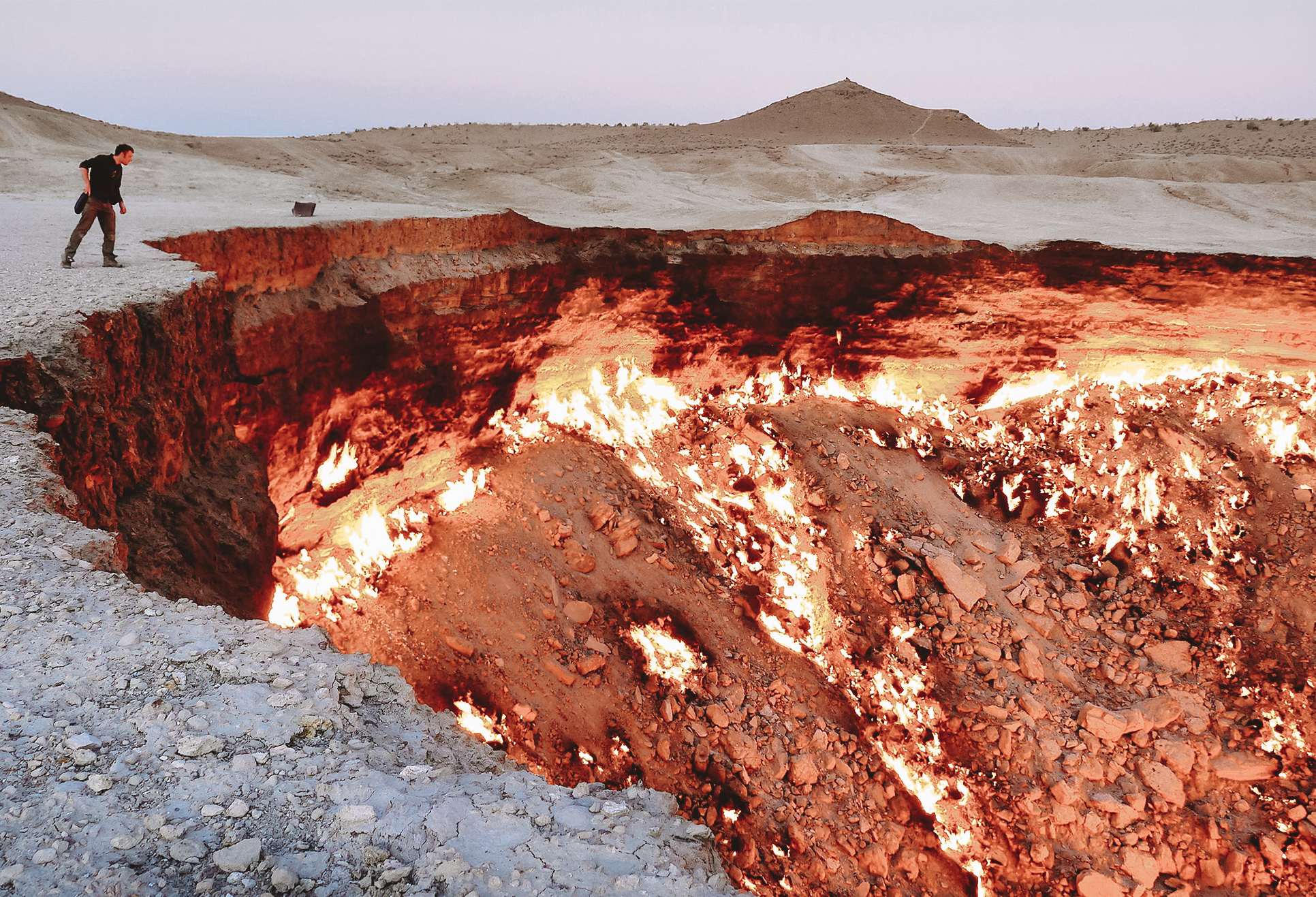 Somewhere in the middle of the Karakum Desert lies a fiery continuously burning gas pit that’s been in flaming for the past 40 years and showing no signs of stopping. Frequently covered in nearly all media channels around the world, it is referred to as “Door to Hell” by the locals because of the sinister burning environment. But it isn’t natural, it is result of a man-made disaster. Majority of the tourists that come into the country come to visit this crater and camp for the night in its vicinity as it continues to burn furiously in the night time.

Formation Of The Gas Crater

As stated previously, the formation of the crater is a man made event and not creation of nature. It all started in 1970-71 when a group of geologists were drilling a site where a natural gas reserve thought to have been the biggest in the world was found beneath the surface. Soon after the drilling begun, the ground beneath the drilling surface collapsed and what was left was a hole of a size of 5,350 sq km.

As the pit appeared, it started emitting harmful methane gas. Fearing air contamination, the men at work decided to set it on fire. Their estimate of it burning for few days or weeks at max turned out to be inaccurate as it is still burning to this day.

The crater which is located in between Ashgabat and Dashoguzis four hour drive from Ashgabat, the capital of Turkmenistan.

During the night hours when there will only be few stars in the sky, the yellow-orange light emanating from the pit actually looks gorgeous as opposed to horrific. That’s what keeps tourists here for a few days. You’ll be camping in a campsite near to the pit and wake up the other day to continue on with you Turkmenistan tour. Desert safaris in the Karakum Desert can also be conducted if requested.