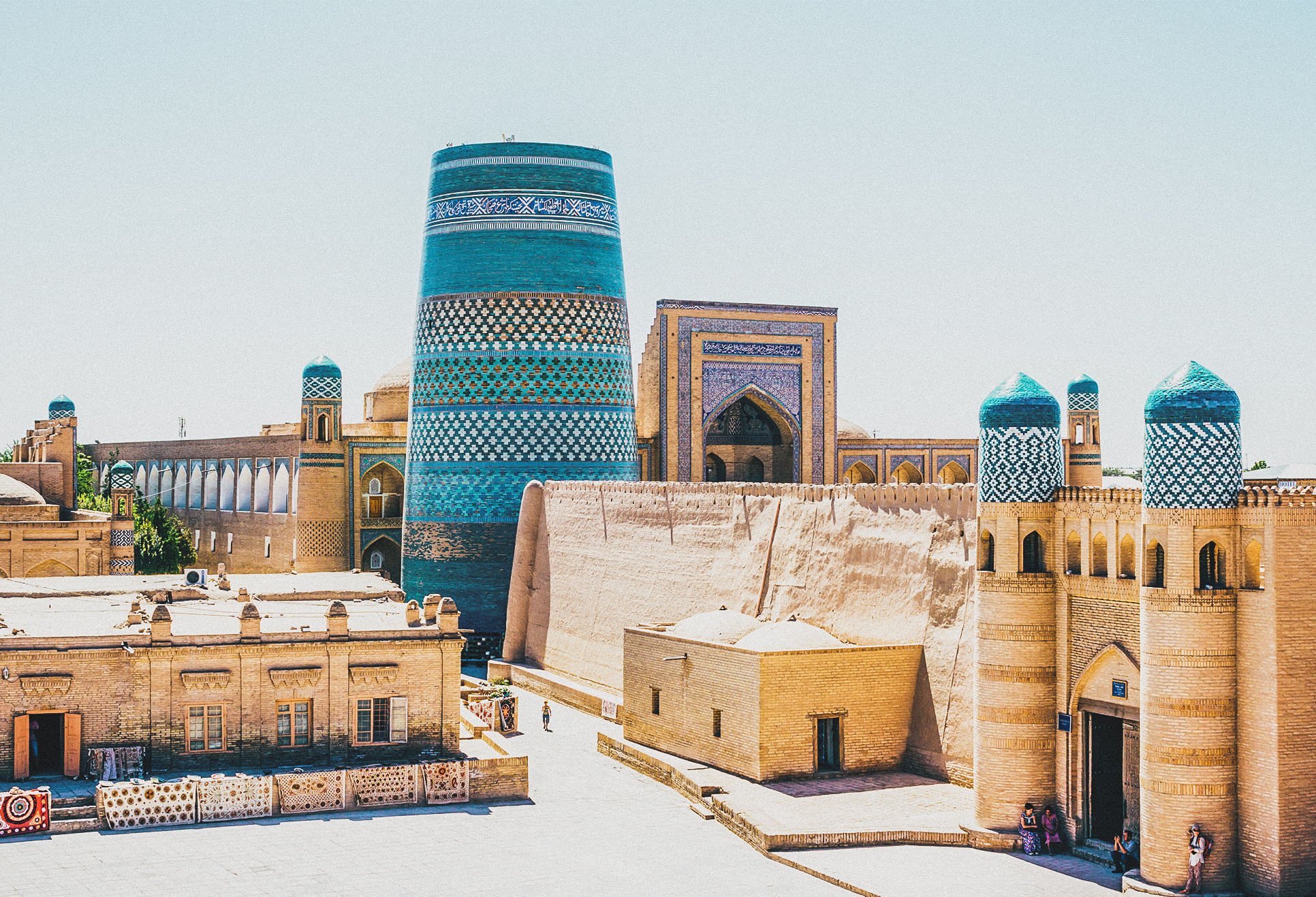 The century old city of Khiva has a rich yet complex history. When the city was actually established, who were the earliest inhabitants, and how the city got its name is still open to discussion. There are various legends floating around to explain the etymology but with no firm evidence.

History And Legend Of Khiva

One of the widely accepted stories is that of Son of the Hebrew biblical hero Noah, Shem. It states that Shem after the flood in the area found himself isolated from the rest, wandering lonely in the deserts of then Khiva. After walking for hours he was asleep and dreamt about 300 burning torches. When he woke up, to his astonishment, he found that the city was mapped with outlines in the form of a ship that were in accordance with the placement of the torches about which he had dreamt. Then later somewhere down the line, he ordered to dig a well near that place. This well is what we now see in Ichan-Kala.

Considering the number of monuments and the variety that you can see in this city, it is evident that more than one civilization existed and various empire ruled Khiva which was once a prosperous town located along Silk Road route.

The excavations of the ancient land of Khorzem have provided deep insight into the earliest human civilization in Khiva and to some extent Uzbekistan. The first statehood came to light in Central Asia in first millennium B.C. and Khorezm developed in VI-VI century B.C. The Khorezmians were also brilliant at science and astronomy apart from agriculture and trade and constructed many equipments and monuments for astrological studies which are still preserved to this day in Khiva.

Khorezm was the motherland of Zoroastrianism and its influence is still palpable in the monuments standing in Khiva.

Khanate of Khiva was a state that existed in the region of Khwarezm with Khiva as its capital. It existed from 1511 to 1920 before being getting incorporated into the Soviet Union.

Kushan Empire appeared on the historical stage of Khiva during which Greek-Roman and Indo-Iranian cultures started getting incorporated into the everyday lifestyle of Khorezmian civilization. This was followed by the Mongol invasion in Khiva which is evident from the archaeological remains in the city.

The city of Khiva came under Russian rule towards the end of 19th Century after an all-out attack in the Central Asia including this city was launched by the Russians.

Khiva which is now seemingly isolated from the rest of its cousins on the Silk Road route, holds a lot of unexplored secrets up under its sleeves. Here are the major sightseeing spots in Khiva:

Seemingly a city in itself within a city, the inner town of Itchan Kala is surrounded by 10 meters of high brick walls. This ancient center accommodates more than 50 monuments and 250 dwellings. Itchan-Kala is now a World Heritage Site. Some of the major ones are:

It is an old fortress complex built in the late 17th Century where various military activities ranging from drills to executions were performed.

The turquoise-tiled designs of the walls along with the unique design make this a must-visit site in Khiva that’s visible nearly from everywhere in the old city because of its humongous site.

This iconic mausoleum is one of the most sacred locations in Khiva with every inch of the interiors decorated with skillful craftsmanship that are only to be admired. It is devoted to an influential saint leader and philosopher, Pakhlavan Mahmoud, and houses his prominent contributions.