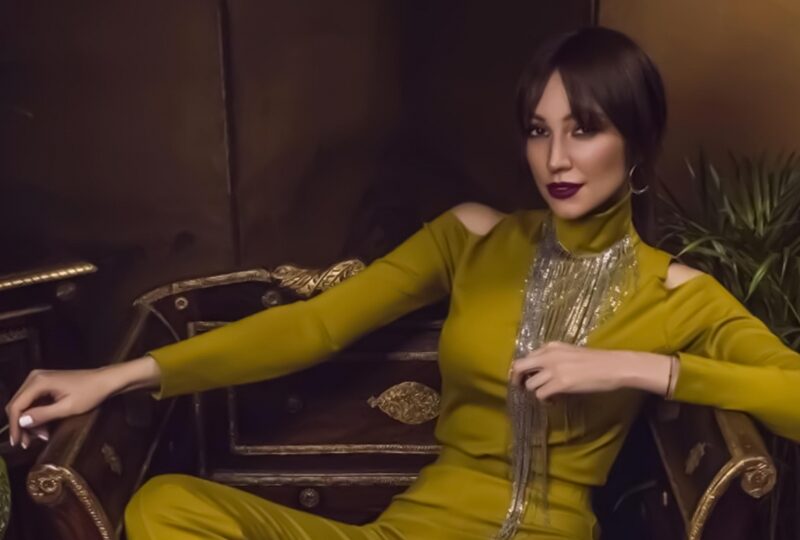 Oriental beauty, singer Sogdiana, shares her advice with those who have dreamed since childhood of visiting the colorful bazaars of Tashkent and the mesmerizingly beautiful mosques of Samarkand.

I was lucky enough to be born in one of the most beautiful and warm cities of Central Asia, sunny Tashkent. I love this city so much that even its name is like music to me. The name translates as “stone city”. So, this stone, blooming, green city strikes with its beauty, purity, identity and history. There are clay painted ceilings of mosques built several thousand years ago, and glistening in the scorching sun blue frescoes on the roofs, and the reflection of incredibly beautiful national fabrics in the shops, and the aroma of fresh pastries and ripe pomegranates on the branches right next to you. I’m very glad that now there is a trend to travel to the ancient cities of Central Asia – Bukhara, Samarkand and Tashkent. Believe me, they will not leave even the most demanding tourists indifferent!

The first rule is timing.

In summer in Uzbekistan, for Russians unaccustomed to the heat is a real scorcher, but in the fall or spring, the well-kept Tashkent with its amazing architecture is especially beautiful. The city comes into full bloom in March, about the 21st of March, which is one of my favorite and colorful holidays since Zoroastrian times – Nowruz, which means New Year’s Eve. There are concerts of national songs and dances and unique national games all over the country. Tashkent is very fond of music: national, pop and opera. The history of Uzbek music started in ancient times: in IX-X centuries the national songs “Shashmaqom” were born, which since 2003 were included in UNESCO World Heritage List. In spring or fall it is fresh and pleasant in the mountains, for example, in the villages of Hayat or Chimgan. You can also spend time in the yurt camp “Safari” on the shore of Lake Aidarkul. And for those who likes the sea, the sun and the sand, on the shores of huge Charvak lake work hotels for all tastes.

The second rule is the right places for lunch and dinner.

To make it easier for the unprepared “urban” stomach, eat at proven places. Even in the tiniest teahouse you will be offered amazingly delicious pilaf (and we have hundreds of kinds!), prepared according to traditional family recipes, samsa, beshbarmak, dymlama, shurpa, chuchvara, kuvardak, khanum, mashhurda. In every town and village samsa varies in size and composition of the stuffing. Do you smell freshly baked goods? If you want to have a luxurious dinner, go to “Golubye Dome” restaurant in Tashkent, where you can have a pilaf with quail and “Basil”, where the food is simply delicious. And, of course, eat kilos of real fruit and dried fruit, for example, from the Fergana Valley: you won’t find such apples, pomegranates, persimmons in Russia!

The real Oriental bazaars are the color of Uzbekistan! Get ready to forget for a few hours in colorful colors, magical aromas and mysterious sounds. Meters of colorful adras of 100% cotton with “ikat”, a unique technique of hand weaving on looms and a traditional oriental pattern, which appeared more than 1000 years ago, will blow your mind. Today the ikat has been given a second life and is trendy again: it is used in Gucci and Oscar de la Renta collections. Now summer coats made of ikat are in fashion – as I am wearing them – from Moscow’s @IKAT ME.

In the bazaar, you can buy everything from ikat – clothes, ballet flats, bags, notebooks… Also pay attention to luxurious handmade carpets, which are valued all over the world: in Samarkand, for example, they can go up to 55 thousand euro in price. Not a bad investment if you have some spare cash!

Did you know that the history of these places – the Persian Empire – goes back 2.5 thousand years? This is the birthplace of the great Emir Timerlane, who actually built modern states, conquering many lands and ennobling them. Alexander the Great also visited here, leaving behind many historical sites associated with his name. Persia was the birthplace of Avicenna, the progenitor of medicine, the famous court astronomer Ulukbek (Samarkand has his observatory), who discovered the laws of astronomy at the same time as Giordano Bruno did in Europe. The relics kept in Bukhara, Samarkand, and Kharezm are important to the entire Islamic world. But the most beautiful oriental buildings we have are not even mosques, but, oddly enough, schools – madrassas. All because the most authoritative have always been the learned men, not the rich Padishahs. Five best practices that tourists should remember before going to Uzbekistan.

Hospitable Uzbek people are not just words. Mention that you want to get to know the city, and you will be taken immediately to its best places. If you are invited to dinner, prepare to eat six or seven rounds of treats. Family traditions are cherished here, and the attitude to each person is very special. And we don’t have a single monument to the unknown soldier and no mass graves like in Russia. The central park in Tashkent has long had a golden book with every last name of every soldier killed in the war. You will long remember Uzbekistan for the warmth of our people! Five tips that tourists should remember before traveling to Uzbekistan.