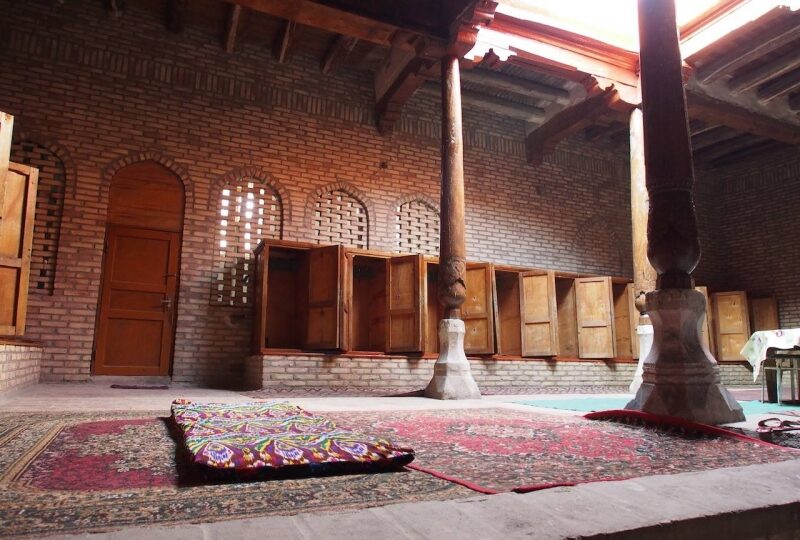 The Hottest Uzbek Hamam (Since the 7th Century)

The Uzbek bathhouse is a special place for the Uzbeks, it is a separate culture and customs. Baths and bathhouses in Central Asia were an integral part of the formation of the urban structure. People used to come here and nowadays not only to wash, but also to relax and have a special massage, after which they say they feel as good as 20 years.

Uzbek bathhouse by its organization is similar to ancient Roman thermae. This type of baths and bathing-places has been widespread in all eastern nations since the 7th century. Bathing customs spread throughout Central Asia along with the spread of Islam, because one of the Prophet Muhammad’s decrees to his followers was to visit the bathhouse – “Cleanliness is half of the faith”.

Uzbek bath in Uzbekistan is not one hundred years old. It is known for certain that already in the 10th century there were several baths in ancient Bukhara. “Khammam khon – Khan Bathhouse – was one of the most famous at that time. It should be noted that Bukhara had already 16 baths by the middle of the 19th century. But a century later Samarkand had only eight baths and Tashkent had 11.

So, an Uzbek bath is not just a sweating room with brooms. The layout of the bathhouse is as follows: first you enter the undressing room, from which you have to go downstairs to the entrance to the room, where you need to wash your face before entering the steam room. The washing room is a low, circular room with several niches and exits. One exit leads to the steam room, under which a large boiler with boiling water is located. The steam is led into the room through a pipe approximately 50 cm in diameter. The pipe goes to the cabin at about 1.5 meters from the floor. In addition, the floor slabs are heated by the fact that directly under them there is a smoke exhaust pipe, which takes out the smoke and heat from the fuel burnt under the boiler. Another exit from the wash room leads to the recreation room.

After a visitor is in the steam room and has soaked enough, he will be treated to a specific massage with oils or spices. The massage begins on the head, gradually moves to the neck, shoulders, arms, fingers, chest and back, and legs. From the side it may seem that the masseur uses some kind of wrestling techniques, but this is just the specifics of massage, which is used in the Uzbek baths. After such massage you feel not only relaxed, but also invigorated and full of energy.