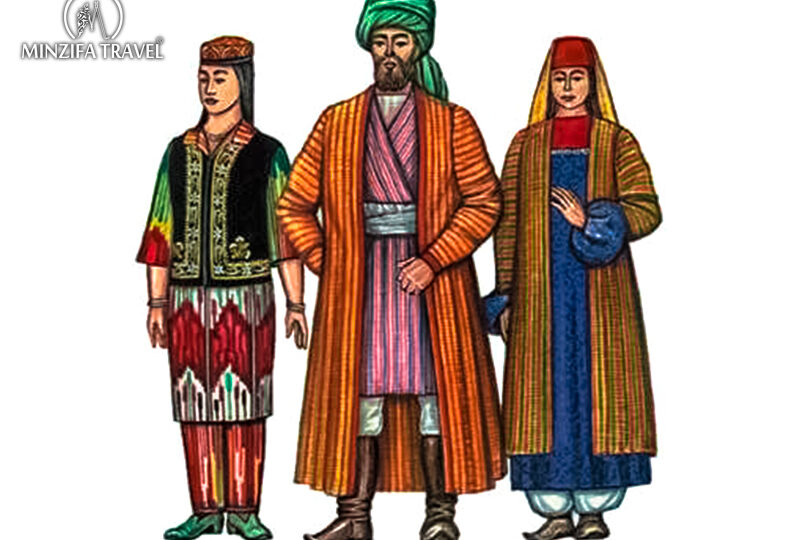 The traditions and customs of the Uzbek people have been formed over the centuries. The distinctive culture of the peoples of Uzbekistan was formed at the dawn of civilization, as early as the sixth to seventh centuries B.C.

In the valleys of the rivers Amu Darya, Syr Darya and Zarafshan, by the time the nomadic tribes have moved to a settled way of life and began to create their first states. Once nomads founded small settlements and cities, bringing with them the customs and traditions of their ancestors. Parts of the land of Khorezm, Sogdiana, Bactria – the territory of the current Uzbekistan, became the basis for the formation of culture, which subsequently became the basis of the culture of the peoples of Uzbekistan.

The traditions and customs of Uzbekistan are very distinctive, vibrant and diverse, dating back to different eras and religions.

For centuries, the traditions and customs of the Uzbek people have remained almost inviolable, despite the pressure of many invaders to force foreign cultures on them.

The Arabs, who spread the religion of Islam throughout Central Asia, had a major impact on the formation of customs and traditions. The foundations of Islam were merged with pre-Islamic beliefs and traditions and local culture, and they became firmly entrenched in the minds of the Uzbek people.

From generation to generation, over the centuries, the customs and traditions of the Uzbeks have been handed down and carefully preserved. As with many Asian nations, most of the festive customs are associated with family celebrations – birth of a child, weddings. These events include many rites and rituals involving parents, children, brothers, sisters, close and distant relatives and even neighbors and guests – everyone has a different role. The basis of Uzbek traditions is hospitality, reverence for elders and collectivism. They are especially common in mahallas, custodians of the 1,000 year old nationwide foundations.

Welcome!!! We look forward to seeing you in sunny Uzbekistan!
With love your Minzifa Travel!