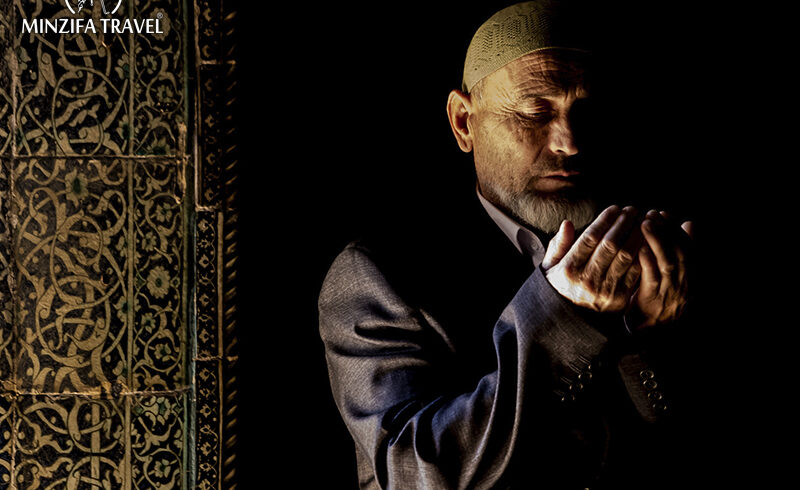 Sufi Tour to Uzbekistan – You will experience Sufi sites in Tashkent, Samarkand and visit “Yeti Pir” in Bukhara.

Ancient Bukhara is known for its scholars, writers, artists, legends, and other greats, as it has been the center of science, religion, and art for a millennium.

Minds such as Abu Ali ibn Sina (Avicenna), Imam al-Bukhari, al-Hesan al-Basri and others left a significant mark on the history of Bukhara and the world, to this day we benefit from the achievements of these people, whose achievements are included in the World Heritage List. This tour will tell you about the spirit heritage of the entire Oriental world, the impact of Sufism on the lives of ordinary people and the notable.

At the airport exit you will meet with our driver who will take you to the hotel.
Early check-in, accommodation, rest
Breakfast in hotel
Sightseeing around the central part of Tashkent:
Area Hazret Imam (16th century).
Mausoleum of Kafal al-Shashi (16th century) – burial of Imam Abu Bakr Muhammad al-Kaffal Shashi, who was one of the first Muslim imams and a famous prophet and poet.
The Namazgokh Mosque (19th century) in the building is the Islamic Institute named after Imam al-Bukhari. The Tillya-Sheikh Mosque (19th century) contains a large storehouse of books, as well as a reading room.
Madrassah Mui-Muborak (16th century) – in the premises of the old Hanako the oldest Koran of Osman (7th century) is kept.
Next to the ensemble of Khazret Imam, there is a madrasah and the mausoleum of Barak Khan (15-16 centuries), built by Suyunidzh Khan, the first ruler of the Uzbek Sheibanid dynasty.
Sheikh Zaynuddin-Bobo is the son of the founder of Sufi Order Suhrawardiyya – Sheikh Ziya ad-Din Jahim Suhrawardi. He was sent by his father to these places to spread the ideas of the Sufi order.
Dinner
Night in Tashkent hotel

Breakfast
Transfer to the Tashkent train station
Morning departure from Tashkent
Arrival to Samarkand
Transfer to hotel to leave to luggage.
Visiting of holy places in Samarkand and around:
The mosque and mausoleum of Ismail Al-Bukhari (Al Bukhari Muhammad bin Ismail Abu Abdallah al-Joufi) (810-870) is a recognized Muslim scholar, author of the authoritative collection of the hadith “Sahih al-Bukhari”, located 12 kilometers from Samarkand.
Memorial to the outstanding Sufi Seyid Ahmad Hodji Kasani (1463/4 – 1542/3), more commonly known as Makhdum-i Azam-the head of the “Naqshbandiya” order of the first half of the 16th century.
Khoja Ubaidullah Khachi Ahror Vali (1404-1490) – the largest political figure, the spiritual head of the Sufi Order of Naqshbandiya of the second half of the 15th century. Here are also known Sufis, such as Adoyi Samarkandi, Mavlono Muhammad Qazi, Mavlono Ismatillo, Mir Said Sharif Rokim, Mahmud Gilloni Sultanhon Hoxha Sheikh-ul-Islam.Lunch in the teahouse.
The architectural ensemble of Shahi-Zinda mausoleums (11-20 centuries) was built near the grave of Kusam ibn Abbas – cousin and companion of the Prophet Muhammad.
Mausoleum of Khoja Daniyar (Prophet of Daniel). He was born in Jerusalem in 603 BC. and came from the family of the kings David and Solomon.
Night in Samarkand hotel

Breakfast.
Continuation of visiting holy places and architectural masterpieces in Samarkand:
Mausoleum of Gur the Emir. Here Amir Timur, members of his family, as well as Timur’s spiritual guide Mir Seyyed Bereke are buried.
Mausoleum Rukhabad Shaykh’s tomb Burkhaniddin Sagardji, died in China, but bequeathed to his son Abu Said to bury him in Samarkand at the feet of one of the representatives of the Dervish Order “Loud Dhikr” Nuriddin Basri, whose admirer was Timur.
The Registan Square (15-17 cc.). One of the most beautiful ensembles of Samarkand, which includes madrassas of Ulugbek, madrasah Sher Dor, madrassah Tillya Kori; many well-known scientists and thinkers of the medieval East have received spiritual and secular education in the walls of these educational institutions.
Lunch in the teahouse.
Free time in Samarkand!
Night in Samarkand hotel

Transfer to the Samarkand Train station
Departure from Samarkand
Arrival to Bukhara
Transfer to hotel to leave to luggage.
Walking tour of Bukhara:
Mausoleum of the Samanids (9-10 centuries) – a monument of the era of the Samanid dynasty, the period of formation and flourishing of science, culture, literature, architecture.
Mausoleum of Chashma Ayub (12,14,16 centuries) – inside is a source of holy water, named after the biblical prophet Job.
Complex Bolo-House (18 – 20 centuries) – consists of a mosque with a beautiful aivan, a minaret and a house.
Fortress Ark is a magnificent citadel, a place of inhabitation of the rulers of Bukhara, a stronghold of power and might (the 1st century BC – the 19th century).
Ensemble Poi-Kalon (12.16 century): Medrese Mir-i-Arab (1530-1536 gg.). Here Kadyrov Akhmat-Hadji studied and the head of Russian Muslims Ravil Gaynuddin.
Kalyan Minaret (1127) – a symbol of Bukhara, for centuries, served as a beacon for caravans in the desert, approaching Bukhara.
The Kalyan Mosque (16th century) is one of the largest mosques in Central Asia.
Ensemble of Lyabi-Khauz: madrasah and khonako Nodir Divan Begi (1630), Kukeldash Madrassah (1578), a monument to Khoja Nasreddin. Favorite place of recreation for Bukharans and guests of the city. Here, around the reservoir, there are numerous teahouses.
Night in Bukhara hotel

After breakfast out-of-town tour to “Etti Pir”
Hodge Abdukholik Gijduvani. He was the first Sufi of sevens and the founder of the school of Sufism in Movarounnahr.
Arif Revgary Hodge was one of the most famous Sufis of Central Asia and surprisingly, he taught philosophy at the age of 19 years.
Khoja Mahmud Anjiro Fagnavy is a famous Sufi in his time and was recognized spiritual authority Movarounnahr.
Ali Ramitani (Hodge Azizon) is one of the renowned Sufi spiritual authorities hadzhagan school, the greatest master of wisdom, possessed high spiritual qualities and a distinct charisma.
The next destination is the tomb of a Sufi Al Bobo Samos. He was a famous Sufi follower of tradition hodzhaganskoy school, as well as a disciple of the Sufi Ali Ramitani.
Said Amir al-Kulol was one of the spiritual authority, Sheikh Sufi school Hadzhagan. He was engaged in pottery, and he was considered the patron of the potters in Central Asia.
The final results in expensive mausoleum Bahouddin Naqshband, who was a representative of the largest Central Asian Sufi XIV century.
Night in Bukhara hotel.

The out-of-town sightseeing program in Bukhara:
Sitora-Mohi-Khosa – the summer residence of the Emir of Bukhara
Ancient Chor-Bakr, built on a place of burial of Prophet Muhammad’s descendants. Burial of Saidi Kalon, the Ruler of Golden Chain of Naqshbandi Order.
13:00 – 14:00 Lunch
Transfer to the Railroad Bukhara
Departure From Bukhara
Arrival to the Tashkent city.
Transfer to hotel, accommodation, rest
Night in Tashkent hotel.

Visit to Chorsu Bazaar – local market where you can buy souvenirs and local dried fruit, spices etc.
Visit Museum of Applied Arts. There are more than 7000 rare works of applied art kept in depository. You will receive a real pleasure from originality of works of art while viewing the halls of the museum.
Lunch
Visit the Old City of Tashkent: Kukeldash Madrassah and the third largest Friday mosque in Uzbekistan – Juma Mosque.
The pride of Tashkent is its subway. It is one of only two subway systems currently operating in Central Asia (the other one is the Almaty Metro).Its stations are among the most ornate in the world.
Free time in Tashkent
Overnight in Tashkent

12:00 Check out from hotel
Mausoleum of Sheikh Havendi Tahur, in the 15th century the descendant of Sheikh Havendi Tahur, the great Sufi teacher Khoja Achori-wali began to erect this mausoleum around the grave.
Mausoleum of Abdulkasym Sheikh (19th century) is now the center of traditional art with attractive souvenirs of local artisans
Free time in Tashkent
20:00 Transfer to International Airport of Tashkent for the further departure back to homeland.
PM Departure from Tashkent
Flight
The End of Tour.

Need Assistanse?
Book an appointment with our travel expert
Group Discount Available 1% Off
From $989
per Traveler