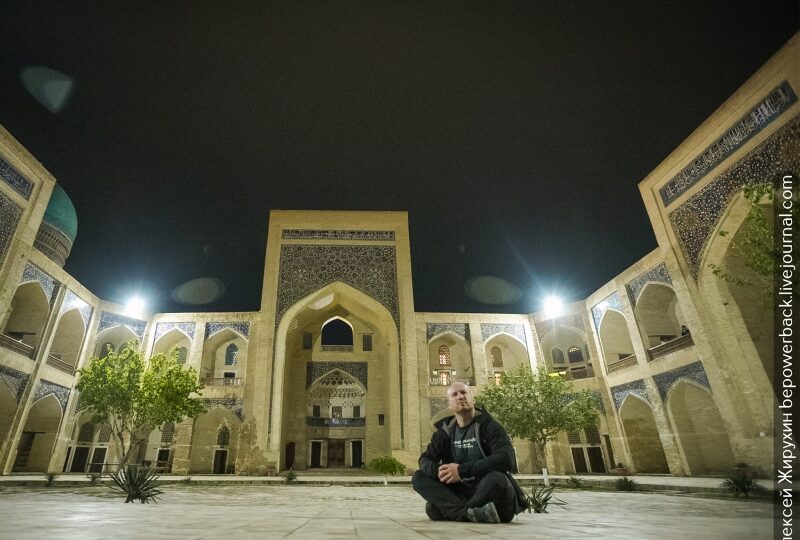 Although Uzbekistan has been part of the former Soviet Union for a long time, but for the Russian tourist the country is still a mystery. Despite the high tourist potential and the huge number of travelers from other countries, there are not so many compatriots who want to see Uzbekistan with their own eyes. I have been to Uzbekistan more than once and am ready to tell you some interesting facts about the country that will be useful to you.

The best time to visit Uzbekistan is spring and autumn. In summer it is unbearably hot here, the air temperature reaches 50 degrees, and in winter the cold. Well, the most ideal time for a trip is still autumn, when the fruit is ripe and very cheap.

In Uzbekistan you will feel like a real millionaire. 1000 rubles will be exchanged for 130,000 local sums (as of May 2019), which will never fit into your wallet. It is most advantageous to go to this country with dollars, they will be exchanged in any bank, but you can also with rubles, which will have to change at the local exchangers. Until recently, there were two exchange rates in the country – the official and the “black” market, which differed by almost 2 times.

Practically the majority of the population of the country knows Russian quite well. The older generation since the time of the USSR, the younger generation either learns Russian from Russian-speaking parents, or while working in Russia (by the way, one can judge by the accent how many years this or that person has worked in our country), or learns Russian in schools.

You can and should bargain here. But for foreigners in the markets greatly overpriced, so to save money it is better to hire a local guide, who will find the best product at the best price. We have noticed more than once that at the markets even after a good bargaining they tried to sell us the goods at a higher price than at the same fixed-price stores.

They can’t cook badly here at all. Whichever café, restaurant, or casual eatery you go to, all the food will taste amazing. The prices of dishes differ only depending on the pompousness of the institution and their proximity to the tourist centers. I advise to find places away from the tourist areas, where the locals eat. The price will differ several times.

Uzbeks are very hospitable, after just a few minutes of communication you can be invited to their home for a sleepover and fed with homemade pilaf and shashlyk. If time permits, do not refuse the offer, there is nothing to be wary of.

The vast majority of cars on the street are locally made, Chevrolet and Daewoo, and in white (due to the intense heat in the summer). Because of the high cost of tax on customs clearance of foreign cars, few people can afford a foreign car.

You can stay both in official hotels (very colorful caravanserais), and in guest houses of the local population. Only keep in mind that Uzbekistan has a very strict registration system. At the moment of entry are given 3 days without registration, then it needs to be extended or in hotels, or to register at the local, where you live (which they do very reluctantly). Check-in papers are always checked at check-out. Bookings work specifically and oriental, so do not rely on it. None of our reservations did not work, when we arrived at the hotel we were always told that this is some kind of mistake, asked to cancel the reservation and offered to check into a completely different room.

The most interesting to travel to the ancient cities of Khiva, Samarkand and Bukhara. Here you will feel the real magic of the East and more than once remember the tale of Aladdin.

Once upon a time in Uzbekistan, you could rest on the sea, where the Aralkum desert was formed, and in the former port city of Muinak there is a ship graveyard. Nowadays, jeep tours to the remains of the Aral Sea, of which a small lake with high salt content remains, are very popular.