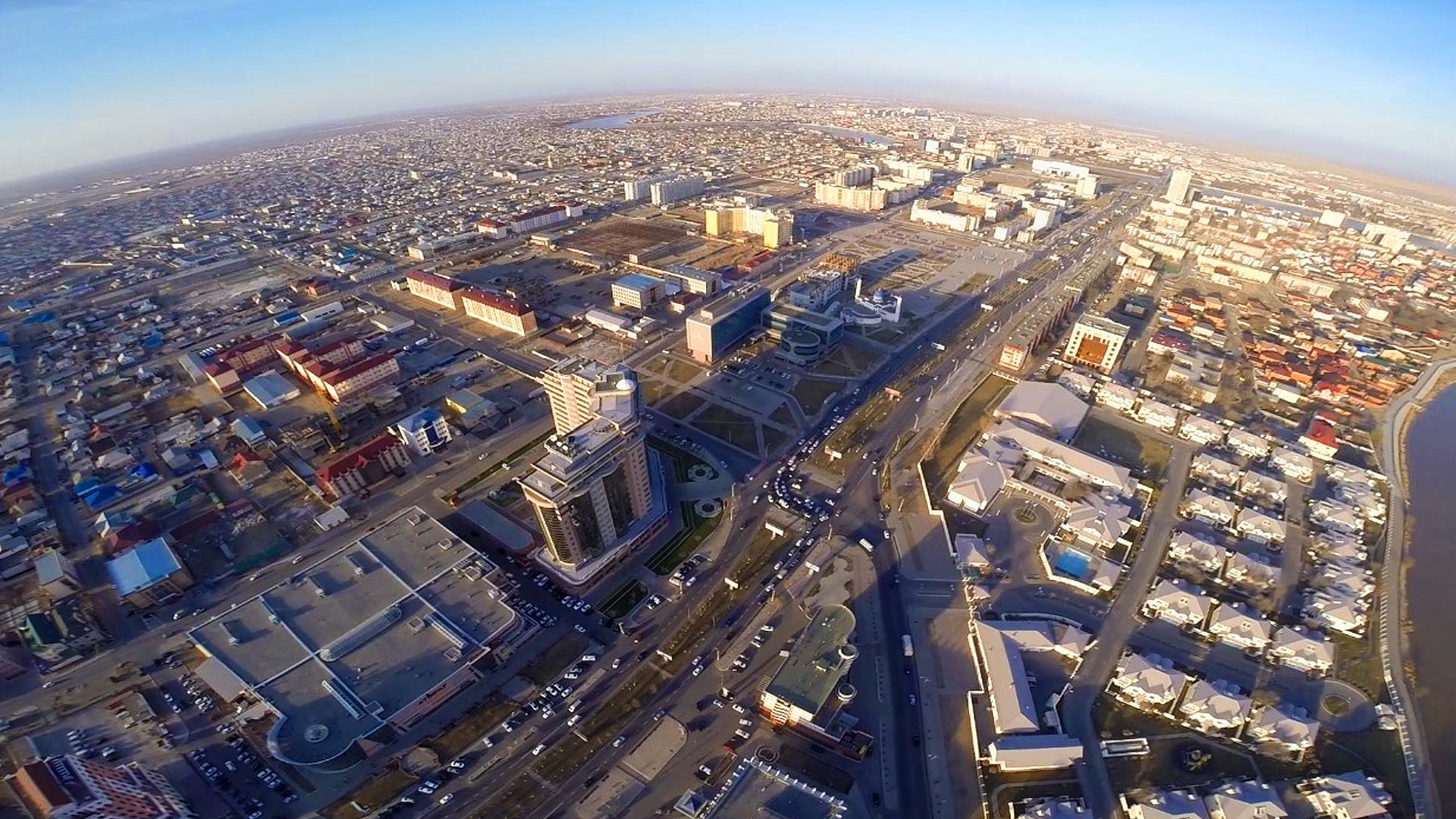 Atyrau is an interesting city in Kazakhstan in terms of tourism. If you are passing through the country or are going to travel in Central Asia, Minzifa Travel company advises to pay special attention to Atyrau.

Atyrau is a lagoon city. It is very hot here in summer (up to 42 C) and very cold in winter (down to -25 C). Snow falls infrequently, but dust storms and winds can be a surprise. However, the weather conditions should not be an obstacle for a trip: most of the time the weather in Atyrau disposes to long walks and sightseeing.

Architectural monument and one of the main shrines of the city was built in the XIX century. The money for the construction of the church was allocated by the Tudakov family of merchants, and today it pleases the eye not only locals, but also tourists.

Assumption Cathedral was built for 10 years. It is made in pseudo-Russian style and decorated with seven golden domes. In Soviet times, the temple did not work, and only at the beginning of the new century after the reconstruction began to receive parishioners again.

The main Muslim shrine is located in the center of Atyrau. The mosque was built under the supervision of the architect Yusupov. Snow-white walls, blue dome, high minarets: the mosque stands out against the background of modern buildings.

Imangali accommodates 700 people at a time: there is a central hall and balconies for men, and a separate hall for women. Tourists note that this is the most beautiful and memorable building in all of Atyrau.

The bridge to cross the Ural River was built to celebrate the independence of the Kazakh Republic. The main feature of the bridge is its design. In spring, when the water rises in the river, the bridge does not interfere with the passage of ships and fish breeding.

“10 Years of Independence” is the name of the bridge. One part of it is located in Asia, the other – in Europe. It is the only foot suspension bridge in the world so large.

Museum of History and Local Lore

Since 1940, the museum introduces local residents and tourists to the culture and history of the people. The museum has 8 halls, which show ancient remains, ancient jewelry, national costumes, utensils. There is a nomadic yurt with household attributes in the ethnographic hall: it is a unique opportunity to feel the exclusivity of the culture of the Kazakh people.

Monuments of the city of Atyrau

Atyrau is a Kazakh treasure trove of historical and cultural monuments, which

Arau is a Kazakh treasure trove of historical and cultural monuments that can tell you many interesting things about the past and present of the country and people. With Minzifa Travel you will get closer to unlocking the mysteries! Contact us on WhatsApp or e-mail travel@minzifatravel.com for more information about the trip. We look forward to your calls and messages!