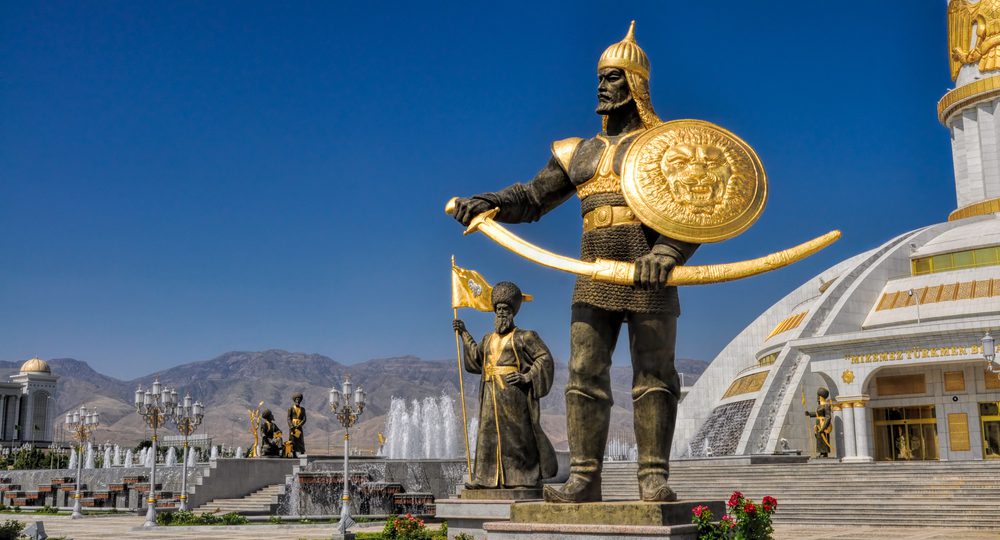 In spite of the harsh day temperatures during the summers, the nighttime temperatures vary between minus 18 degrees to 14 degrees on some days. This causes an overall fluctuation of 30 degrees in the temperatures along the day. This is the cause of the diurnal temperature backdrop in Turkmenistan.

It hardly ever rains in Turkmenistan. The average precipitation rate is 80mm in a year and sometimes reaches up to 300-400 mm during the winters. Snow and rainfall are common in the months of December to March when the temperature goes below zero degrees.

Rest of the year is comparatively drier, cloudless and clear. While travelling to Turkmenistan do not forget to carry a pair of sunglasses along with sunscreen and headdresses to avoid sunburns.

The other borders are with Iran (to the south, 992 km)

Its main rivers are located only in the southern and eastern peripheries.

The most important river is the Amu Darya-2,540 km long ( the longest river in Central Asia)

Other major rivers are –

Dag, wild grapes, almonds, figs, and walnuts are found all over Turkmenistan, while juniper and pistachio trees grow only on the open slopes of the country. On the riverbanks stand dense, floodplain forests of willow, reed, black poplar and cane.

Call us or visit our website to learn more about Turkmenistan geography and to book your tickets now.