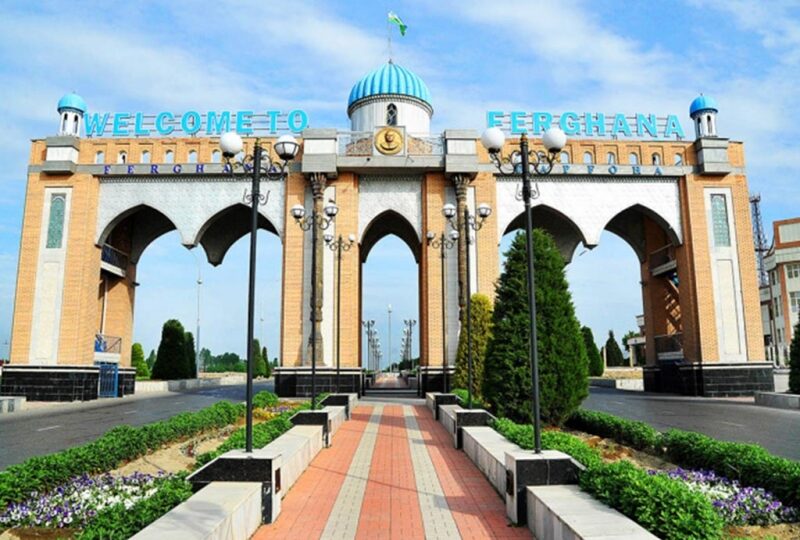 The Fergana Valley plays a major role in the history and culture of Central Asia. More than six thousand years ago, agriculture was already developed here: pomegranate trees, vineyards, ginger, walnut and cotton were growing.

The main trade route from China to Europe – the Great Silk Road – passed through the valley. Correspondents Podrobno.uz visited this wonderful place and learned how locals honor centuries-old customs of ancestors, carefully preserving the memory of their history and culture.

It is known that information on the State of Davan, once located on this territory, is contained in the first Chinese chronicles. They make it clear that culture and science were developed here, and it was also a rich and economically strong country with well-developed agriculture, cattle breeding and folk crafts.

In Kokand, the Museum of Great Thinkers was renovated in 2017. It expanded the halls and equipped them with technical facilities. Now the exposition of the museum consists of five sections. The first one is called “Science and Culture of Central Asia”. There is information about Beruni, Ibn Sino, Farabi, Fergani, al-Bukhari, Kashgari, Yasavi and copies of their manuscripts.

The second section of the museum presents exhibits from the era of Temurids, historical works concerning Amir Temur, Mirzo Ulugbek and other representatives of the dynasty. One can also get information on outstanding personalities of Fergana Valley in XVIII-XIX centuries.

In another section the Jadid movement in Turkestan, life and activities of its brightest representatives – Makhmudkhoja Behbudi, Abdurauf Fitrat, Abdulla Avloni, Ibrohim Davron and Ishakkhan Ibrat – are widely covered. There are also exhibits concerning the art of Kokand calligraphy, national craftsmanship and data on places of worship.

Rishtan is one of the pearls of the Fergana Valley, a town located 50 km from Fergana and Kokand. Like all cities in the valley, Rishtan is famous for its great smelling melons, sweet apricots and amber grapes, but its main feature is not that

The city has been proudly called the “Main Pottery” of Uzbekistan since ancient times. The art of Rishtan ceramics emerged in ancient times, has developed over the centuries and has preserved its stylistic integrity.

The development of pottery in Rishtan was facilitated by the abundance of raw materials. Almost all ingredients for making pottery were extracted here, for example, herbs for making ishkor glaze, which gives the emerald and turquoise color characteristic of Rishtan ceramics, were collected in the vicinity.

Rishtan potters still use ishkor glaze, tin, cobalt, copper or iron oxides are added to it. Depending on the combination of these additives with potash contained in ash, the glaze acquires ultramarine, turquoise, white, black or brown color.

None of the ceramic centers of Uzbekistan has such a variety of shapes of articles as in Rishtan. Lyagans, scythes, drinking bowls, huge jugs-hums, kuzacha jugs, deep vessels with lids.

Every tourist who has been to Uzbekistan will not refrain from buying products made of clay by Rishtan masters. After all, any handmade work is unique, because none of the masters even in the same type of products does not repeat either the shape or the ornamentation.

The secret of Rishtan school stability is the unbroken connection of several generations of masters, all traditions and secrets of production are passed from father to son, thanks to this during several centuries the local ceramics retains its individuality.

This complex is located on the outskirts of Pakana village. The uniqueness of the complex is that the Uzbek horse breed – Karabair – is bred here. The breed used to be also known as Turkmen Akhalteke, but in recent decades the Karabair has been forgotten.

The equestrian complex was built last year and is equipped with all necessary facilities, stables, pools, paddocks and two riding arenas. One is a large covered building for riding and equestrian exercises with a grandstand with three rows of benches for the public. The second is a summer one, the sand for which was specially brought from the Karakum desert.

The revival of the unique Uzbek horse breed began when the head of state passed a decree on the further development of horse breeding and equestrian sport. It is unique because it was bred on the basis of improvement of ancient Central Asian argamaks by Mongolian, Turkmen and Arabian breeds. Therefore, the horses of this breed have gathered the qualities of the three best horse breeds in the world.

This breed has also been bred in China for more than two centuries, ever since a Chinese ambassador brought the racers to his homeland. The story goes that the Chinese ambassador went to Central Asia on instructions from the emperor to find out if distant countries were capable of attacking China. That is how he found himself in the Fergana Valley, where the Karabai were bred. He liked these horses so much that he exported several of them to China. Now, one of the big stud farms in Urumqi, where Karabai horses are bred, has a flag of Uzbekistan as a sign that this breed came from our country.