We are open 24/7 in case you'd like to speak to a travel specialist.>
Give us a call at +998936591107 or send a request by mail Enquire by email
Home➜Destinations blog➜Central Asia Blog➜Tajikistan Blog➜Khorog – tours and attractions 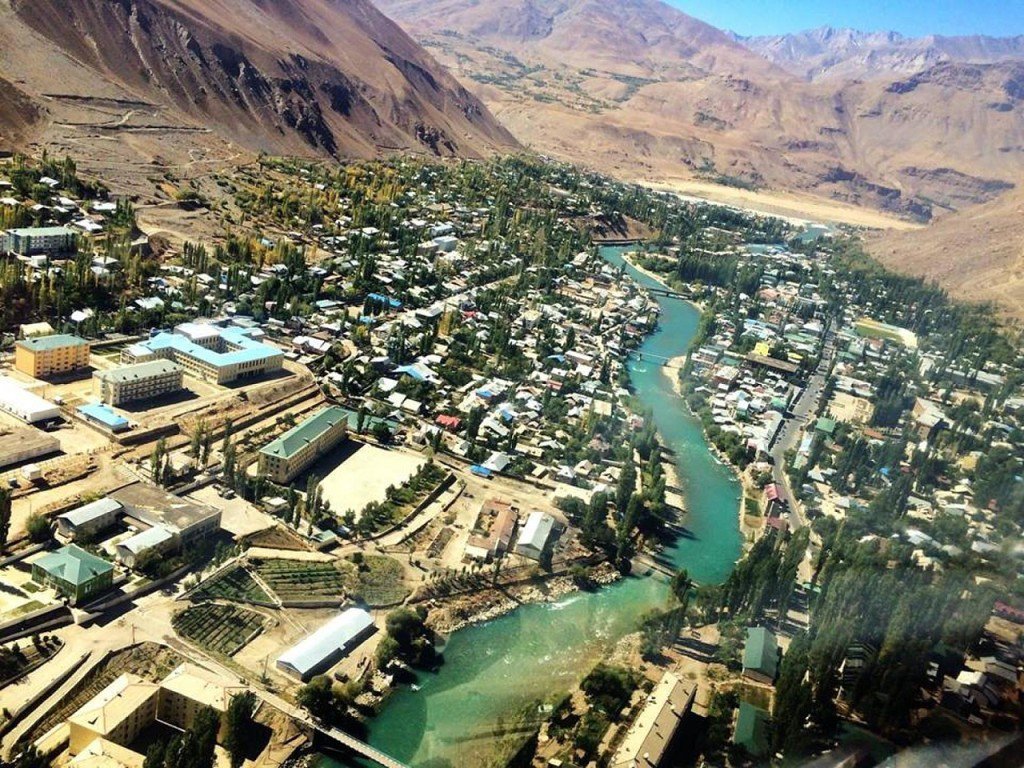 The Pamir highway has been attracting the attention of tourists for decades. But did you know that there is also a city in the Pamirs? The only one in the whole region – Khorog. And we invite you to explore it with Minzifa Travel!

What to see in Khorog?

Khorog is often compared to a tree, a small bush that grew on a mountain to look down on the rest of the world. It is the highest mountain town in the former Soviet Union.

In Khorog there is a branching of the tract – through the gorge to Murghab or to the Wakhan corridor with unusual trees and architectural monuments. The town is the center of the tract, and all the tourist routes go through it.

How and when exactly Khorog was formed is unknown. However, according to some information, the city was created from the Kalai-Panjbar fortress, which was located on the banks of the Panj, Gunt. Until the XIX century, the state did not depend on anyone, and then it became part of the Bukhara Khanate. At the end of the century the city fell under the rule of the Russian Empire, and then became part of the Soviet Union.

When you come to Khorog, be sure to visit:

There are three educational institutions in Khorog, so students do not have to leave their hometown to get an education. The infrastructure in the center of Pamir is also developing: more and more guesthouses, hotels, Internet cafes and restaurants appear.

Khorog has a continental climate with hot summers and cold winters. The warmest month of the year is August with an average temperature of +39 ° C. The coldest month is January: the thermometer falls to -27 °С. Autumn in Khorog is warm and dry: the rainiest month of the year is September. The rainy season is in spring, with the heaviest rainfall in March.

When is the best time to go to Khorog?

The best time to travel around Khorog is May-September. At this time of year, travelers can enjoy the green scenery: In April it often rains, and in November it starts to get very cold.

Summer in Khorog can be very hot, but if vacationers are willing to risk it, these three months are also worth considering. But the early spring, late fall, and winter months are not particularly favorable to travelers: too harsh conditions for a tourist trip. First, snowfall can block traffic, and second, staying in Khorog at the height of the off-season will feel more like survival than a fun trip.

Khorog is a green oasis among the stone and lifeless ranges. Traveling around the city, you will learn a lot of interesting things from the past, present, and maybe the future not only of the area, but also of the whole of Tajikistan. To book a tour for suitable dates and prices you can always email travel@minzifatravel.com, or WhatsApp. We look forward to your call!