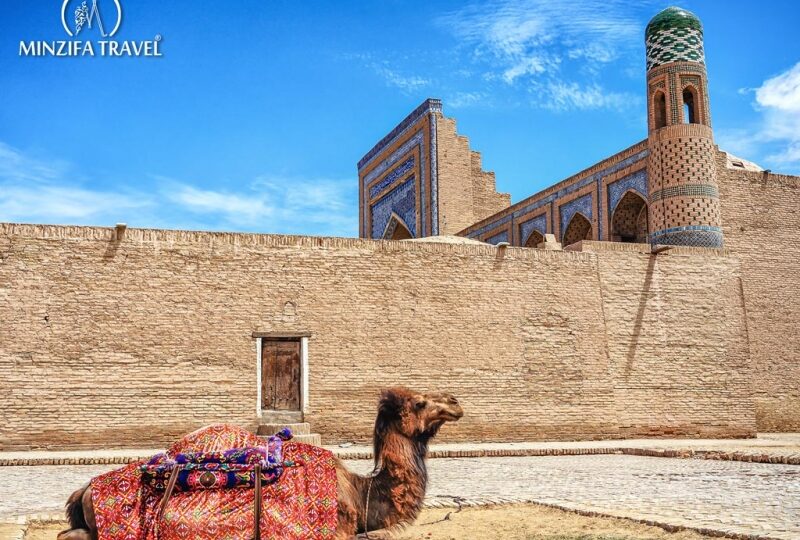 We invite you to travel with us to sunny Uzbekistan in March. During 8 days you will get acquainted with history and cultural traditions of the eastern country, you can walk along the ancient streets of ancient cities and try the most exquisite dishes of the local cuisine. This is a spring vacation you won’t forget!

We begin our journey in the capital, Tashkent

Tashkent is a large metropolis of more than 2.5 million people. Wide avenues and streets, green parks and gardens, flowing fountains – the city falls in love at first sight. It embodies modern elegance and oriental flavor. It successfully combines the European architecture, medieval buildings, concrete “boxes” from the Soviet era and sparkling mirror skyscrapers. During our trip you will have the opportunity to get acquainted with its attractions:

A trip to ancient Samarkand

The city in the southeastern part of Uzbekistan, located in the valley of the Zerafshan River, was one of the main centers of the Great Silk Road and has preserved in its expanses a long history. It has been called the “Mirror of the World”, the “Pearl of the East”, the “Garden of Soul”, and all this is certainly true. Its territory is home to ancient relics, so it is not surprising that the city is included in the World Heritage List of UNESCO. The following sights await you during the tour:

Arrival in the holy city of Bukhara

The glorious city is called the “pillar of Islam” because there are a large number of mosques and shrines of saints. The city is not inferior to Samarkand in the importance of holy places. Bukhara is over 2 thousand years old, it was witness of wars and of the glorious times of the Great Silk Road. There are many architectural monuments remained which you can see with your own eyes:

Transfer to the open-air museum city of Khiva

When traveling to Uzbekistan, it is impossible to miss a special city, Khiva, which has existed since the 10th century. It was here that caravans of traders stopped during the Silk Road, nomadic tribes and empires were created. Inside the city until today remained a majestic fortress, which is located inside the old part of town – Ichan Kala. There are more than 50 amazing monuments on its territory. Khiva will delight you with the abundance of sights, get ready to see:

Kunya Ark Fortress.
Pakhlavan Mahmud Ensemble.
The stone manor – Tash-Khovli palace.
Kalta Minor Minaret.
Islam Khoja complex and numerous mosques.
Spring trip to Uzbekistan is an opportunity to immerse yourself in the local atmosphere with comfort and to feel the oriental flavor. The cities are finally getting even warmer, so the walks will be a joy, and the photos will be even more colorful and joyful. Book your reservations so that you don’t miss the opportunity to experience the centuries-old history of the East.