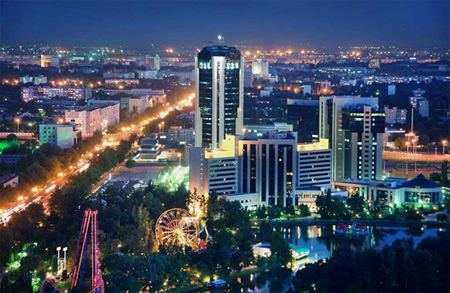 Sunny Uzbekistan – The Heart of Central Asia (from the 6th Century…)

Do you know the country that has been called the Heart of Central Asia? Yes, it is Uzbekistan. It lies between two great Asian rivers, Amu Darya and Syr Darya. This is where one of the most ancient civilizations on earth was born.

Uzbekistan is the heart of ancient Sogdiana, home of Tamerlane and the last frontier of Alexander the Great’s empire.

Today it is a modern country with a huge historical and spiritual heritage of several thousand years. Ancient architectural monuments and masterpieces of urbanization coexist harmoniously here. Perfectly developed infrastructure. At the same time the cultural heritage is preserved. Many tourist sites are inscribed in UNESCO list, and they are truly unique.

Uzbekistan is a country of contrasts. You can sense it in everything: in aromas, sounds, colors and flavors. And what a variety of emotions and impressions you can get charged here and get access to the ancient knowledge from the original source.

Unlock the secrets of the great rulers and warriors whose destinies are closely intertwined in the single palette of this legendary land. Such great commanders as Genghis Khan, Alexander the Great, Darius, Cyrus were looking here not only for untold riches, but also for clues to the ancient secrets.

Uzbekistan is the cradle of the East. Here was the Great Silk Road, connecting Europe and Asia, which carried the knowledge in both directions.

Science, art and many crafts were born here, and a unique culture was formed.

The area is rich in natural abundance. There are rivers, lakes, mountains, deserts and semi-deserts. The landscape is so colorful that it impresses at first glance. The natural reserves are full of unique flora and fauna.

Historical and architectural monuments are majestic and monumental: Samarkand, Bukhara, Ichan-Kala, the monument to Timur in Shakhrisabs are included in the UNESCO list.