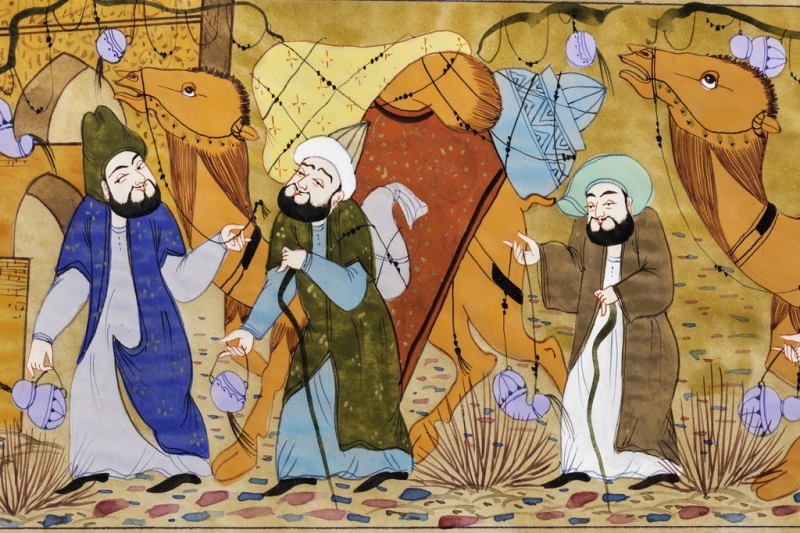 The Great Silk Road and Uzbekistan

For several millennia, the Great Silk Road and Uzbekistan were an integral part of each other. This first such large-scale trade system, stretching from China to Western Europe to Africa and India, ran through all of Central Asia. It was not just a system of trade relations between states, but also a cultural and information exchange between people of different nationalities, which has left its mark on the history, culture and cuisine of the peoples of Uzbekistan. “Crossroad of Cultures” and “Pearl of Central Asia” – Uzbekistan located on the crossroads of routes of the Great Silk Road and took the best from it, as evidenced by the architecture monuments, traditions and customs, arts passed on from generation to generation and unique cuisine of Uzbekistan. All this you can experience for yourself by going on tours to Uzbekistan and Central Asia.

Despite the fact that the Great Silk Road documentally begins its dating from the 2nd century B.C., archaeologists have proved that even earlier (3 thousand years B.C.) there was a route by which semi-precious stone lapis lazuli was transported from the territory of Pamir foothills (current Tajikistan) to China and the territory of modern Iraq. Then from the end of the 2nd millennium B.C. the “jade route” began, which was used to transport jade stone and semi-precious stones from the territory of Central Asia and exchange them for silk from China. The period of intersection of these two routes is considered the 1st millennium BC, when the Chinese silk reached Persia and the Indus valley, and the stones were brought to China. Well, for the first time, the term “Silk Road” becomes known since 121 B.C., when the Chinese official Zhang Jiang sent the first caravan of camels loaded with Chinese silk and mirrors in a bronze frame to the Fergana Valley.

Over time, the East-West exchange of goods only increased and the role of the Central Asian territory as a “crossroads” for caravan routes became more and more important. There were two main routes of the Great Silk Road – southern and northern. The southern route started from the north of China, through Central Asia and led to the Middle East and to the north of India. The northern route led from the northern part of China through the Pamir Mountains and the Aral Sea to the territory of the Lower Volga and to the coastal territory of the Black Sea. The Northern and Southern routes were also connected by smaller routes. And all this caravan network stretched for more than 7 thousand kilometers from China to Europe, Africa and India.

All of Central Asia, and especially the territory of modern Uzbekistan, only “benefited” from the functioning of the Great Silk Road. It had clear advantages over other countries. Both directions (Northern and Southern) passed through modern Uzbekistan and such cities as Kokand, Samarkand, Bukhara and Khiva became the main stopping points of caravans with goods. These cities were prospering, getting bigger and richer, they were the centers of trade.

It should be noted that whatever was transported along the Great Silk Road left a trace in the history of modern Uzbekistan. For example, if from China they brought ironware, gunpowder, precious metals and stones, Chinese silk, mirrors, carpets, porcelain, paper, tea, rice, spices, in the opposite direction from Europe and Central Asia they brought weapons, thoroughbred horses, sheep, dogs, lions, leopards, products of cotton, wool, copper, glass, sweet fruits and vegetables to China.

However, the Great Silk Road brought to the world not only trade turnover, but also cultural exchange, knowledge, so, for example, in Samarkand they began to produce paper following the Chinese technology, which was famous all over the world. To this day, near Samarqand there is a functioning factory for the manual production of paper from the bark of the mulberry tree, where you can see with your own eyes the entire process of making such paper. Merchants also smuggled spices, which began to be used everywhere not only to improve the taste of food, but also for canning. Geographic knowledge expanded considerably. Architecture greatly developed, as evidenced by the UNESCO World Heritage sites preserved in Uzbekistan. The arts have become an integral part of life. Religions spread across the land. Uzbekistan has “absorbed” all the best! Uzbek cuisine, unique architecture, millennia-long traditions, garments, handicrafts, all bear the imprint of the Great Silk Road!

But by the end of the 16th century AD. The Great Silk Road ceased to function in favor of new geographical discoveries, evolving maritime traffic, and worsening political relations between peoples along the route.

But if you want to get immersed in history, feel yourself a part of the caravan route, widen your horizons – you are welcome to Uzbekistan! Come here and feel the unique atmosphere of comfort and hospitality of Uzbek people! Marvel at architectural monuments, preserved from the times of our ancestors, and try unforgettable taste of traditional Uzbek cuisine!