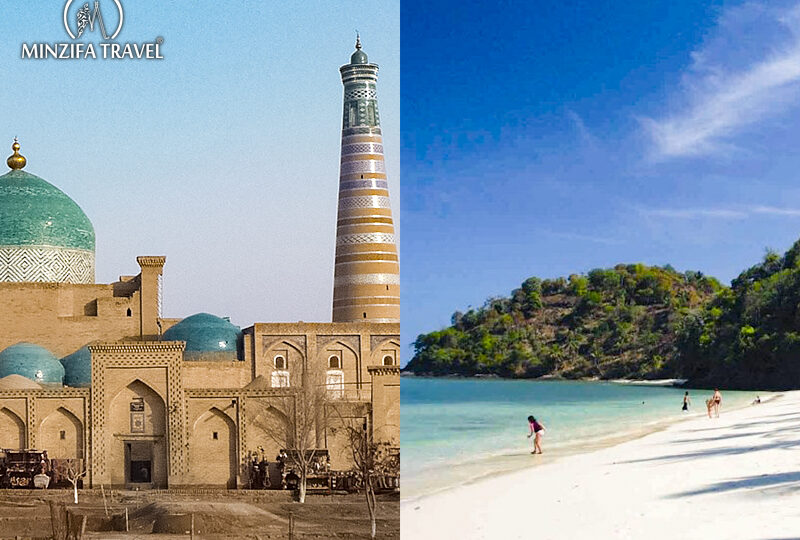 We compare Uzbekistan and Thailand. Now is the time when many tourists and not only choose where to go to rest this year. Let us help you by conducting a comparative analysis of the two Asian countries that we were able to visit last year:

Let’s start with the commonalities: there is not much, but it is there.

Both countries are in Asia. Russian citizens don’t need a visa to both countries. They both eat rice. This is where the commonalities end, in our eyes.

But the differences are a dime a dozen:

First, the season of travel: Uzbekistan is from mid-March to June and from late August to November. During this time, very pleasant temperatures and a lot of vegetables, fruits and berries. The rest of the time is either too hot or too cold.

It is better to go to Thailand from November to the end of March – April. And ideally in winter. Because to steal a couple of weeks of sun and summer from winter is unforgettable.

Then begins the rainy season. So, when it comes to travel time, the two countries are not competitors. When the season ends in Uzbekistan, it starts in Thailand. And vice versa.

Secondly, the difference in preference for recreation. Thailand is the sea and the beach. Uzbekistan is the cultural heritage, architecture, ancient cities, and of course the cuisine – pilaw.

Where would you go?