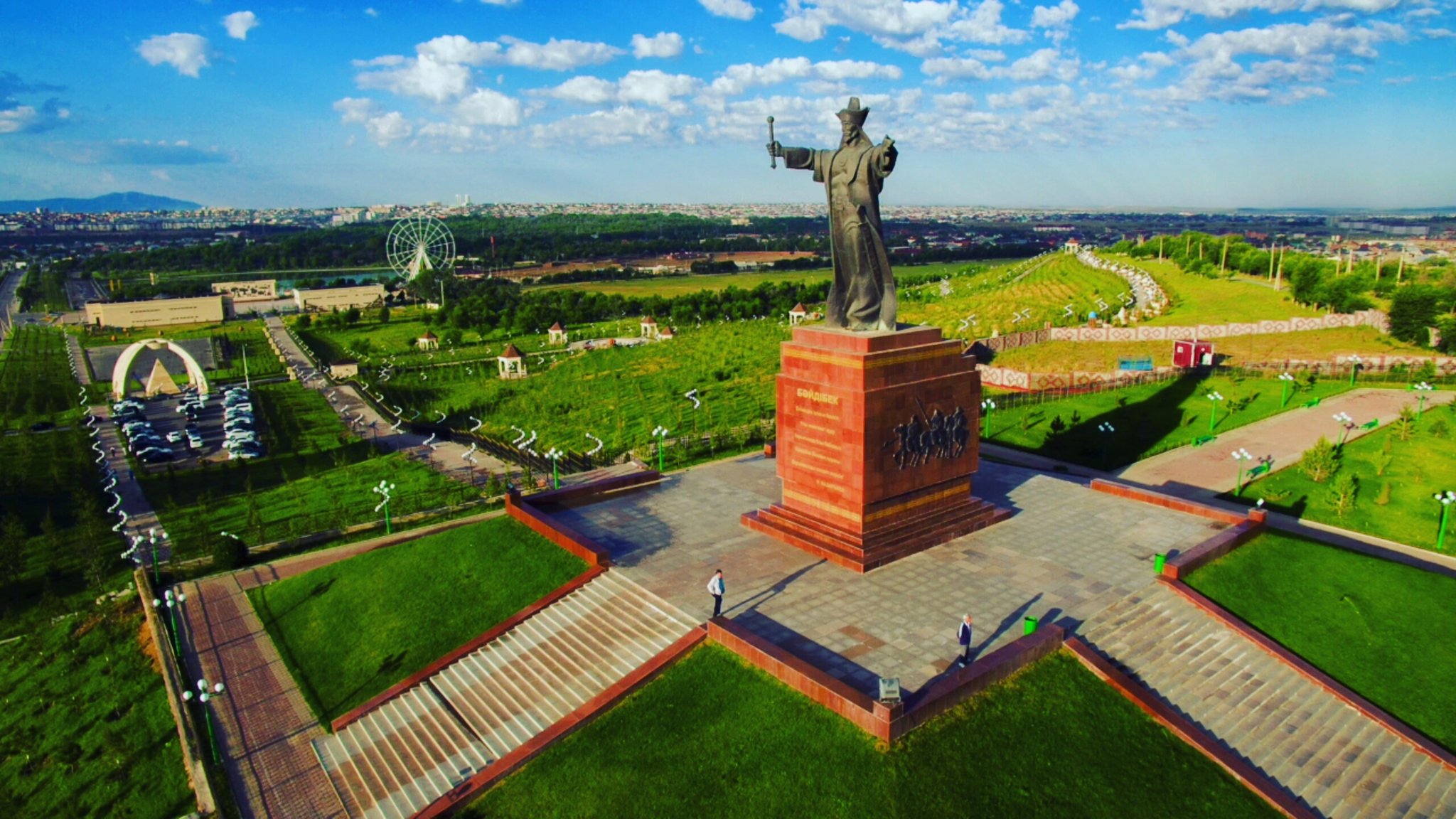 Green City: What associations does a place with that name evoke? Lots of parks? Trees? Flowers? Yes, yes and yes! But apart from greenery, Shymkent is also famous for its architectural sites, for which it was given the status of the cultural capital of the CIS.

Shymkent is a city that one should not miss a minute to visit: there are so many interesting sights and it seems that the city is created especially for tourists. Is it really so? Let’s check together with Minzifa Travel!

We suggest you start with a visit to the city:

Once upon a time, the square looked quite different from what it looks like today to locals and tourists. The large clock, the monument to the Golden Man, the water park – these objects are long gone, but the square doesn’t lose its charm. The main shopping malls of the city are located here, so there’s enough entertainment for everyone.

The city’s pedestrian zone called Arbat was opened in 2018. It is completely different from the usual Kazakh monuments of antiquity: modern art objects, areas for selfies and photos, bicycle paths and fountains. Arbat looks especially beautiful in the evening because of the bright lights and lanterns.

A walk through the Shimkent Arboretum

The Arboretum Park justifies its status as a garden city. Since 1979, scientists and researchers have been coming here and searching for methods to preserve the beauty of the environment. White swans, squirrels, peacocks, and spotted deer can be found near the central lake.

The arboretum is quiet and peaceful, so you can come here with family and friends as well as alone. There are catamarans and bicycle paths for active recreation. For leisurely relaxation, there are walking alleys with named trees: they were planted by prominent politicians.

Do you want to enjoy an active tourist day? Then come to Abay Park. This place is named after the Kazakh writer and poet and is a cultural place to relax. There are alleys for long walks, a Ferris wheel, rides and cafes, and a water park and circus nearby. It is a great place for a relaxing vacation with children.

The Kazakhs are very reverent about their culture and history, so tourists are unlikely to be surprised by the ethnographic park in the center of the Old Town. In the 19th century, this place was called the Cathedral Garden: there are still many birds, trees and artificial reservoirs.

Today, guests have access to the same entertainment as in most other recreational parks. Ken-baba is unique because of its ethnic component: art pavilions and cafes with national Kazakh dishes.

This is the tallest monument not only in Shymkent, but in all of Kazakhstan. The ten-meter high monument is dedicated to the bey, thanks to whom the unity of the Kazakh people occurred. It is this sculpture that is the hallmark of the city.

The park was opened on the twentieth anniversary of the country’s independence. The basis of the park ensemble is a monument to the unity of the Kazakh people. The monument has 137 metal parts: each of them represents the people who live on the territory of the Asian state. The details support the symbol of family and unity: the shanyrak is also depicted on the country’s flag. There are floral
compositions, viewing platforms and singing fountains.

To see all the sights of Shymkent, you should come for at least a week. But if time is limited, no problem! Minzifa Travel will be happy to pick for you a tour that will cover visits to the most important and interesting objects of the city. We are always ready to answer your questions on WhatsApp or e-mail travel@minzifatravel.com. Until new adventures!