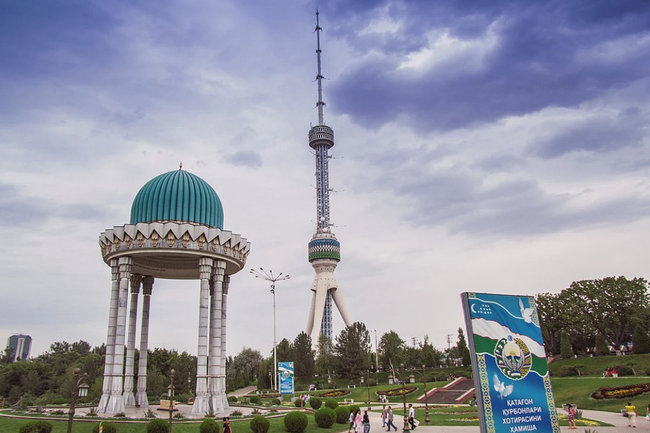 Famous TV presenter Vladimir Pozner shared his dream of visiting Uzbekistan and told what exactly interested him in this country.

Recently, the British newspaper The Times presented a rating of the most attractive places to travel. Along with Australia, Norway, Alaska, Uzbekistan was on the list. The Times recommended its readers to visit Uzbekistan to admire the beauty of ancient cities and to experience the romance of the “Silk Road“.

Vladimir Pozner told iReactor in an interview about other attractions that can attract tourists to Uzbekistan. He said that despite the abundance of trips to the Soviet Union, he has never been to Uzbekistan. The presenter would like to visit Bukhara, Khiva and Samarkand.

Pozner said his friends who have been to Uzbekistan talk about the country’s spurt in infrastructure development. “Uzbekistan is moving forward by leaps and bounds. At the same time, the antiquity and culture has been preserved. I find this wildly interesting,” Posner said.

He expressed confidence that with a good guide who knows the history, he could learn a lot of interesting things about Uzbekistan.

NEW HORIZONS FOR THE TOUR INDUSTRY IN UZBEKISTAN

Uzbekistan until recently was considered almost a closed country for tourists. The fact is that obtaining an Uzbek visa abroad was at least very expensive, both in terms of time and money. The situation changed dramatically with the arrival of President Shavkat Mirziyoyev. He declared tourism as one of the priority areas in the development of the economy.

The flow of tourists to the country has increased markedly, and even in the pandemic year of 2020, more than 1.5 million tourists visited Uzbekistan.

WILL A UNIQUE FIND TURN INTO A TOURIST BOOM?

More recently, travelers interested in history have an additional reason to visit Uzbekistan. We are talking about a probable burial site found in Bukhara for a common ancestor of the Turks, Alp Er Tong. The archaeological find was the result of work by a team of scientists led by Professor Necati Demir of Turkey. If it is confirmed that Alp Er Tong’s grave is found, Bukhara will instantly become the center of attraction for the entire Turkic world.

Sherzodkhon Kudratkhoja, rector of the University of Journalism and Mass Communication in Tashkent, explained to iReactor that Third Renaissance ideas are now popular in Uzbekistan, an important part of which is the revival of the majestic image of Alp Er Tong.

Uzbekistan has participated in international organizations such as TURKSOY and the Turkic Council in recent years. “It’s a historical necessity to have a deeper understanding of our own roots,” Kudratkhoja explained.

Alp Er Tonga holds an important place in the history not only of Turan, but also in the recent history of Uzbekistan. If archaeologists found Alp Er Tong’s burial site, the finding could be compared to the discovery of the ancient Troy by Heinrich Schliemann. In such a case, there would be scientific confirmation that the ancient epic narrative of semi-mythical events would be embodied in a strictly scientific historical canvas.

“It is difficult even to overestimate the significance of this find for the Uzbek and related peoples – it can become a point of attraction, a place of power for the whole Turkic world”, – said Sherzodkhon Kudratkhoja.