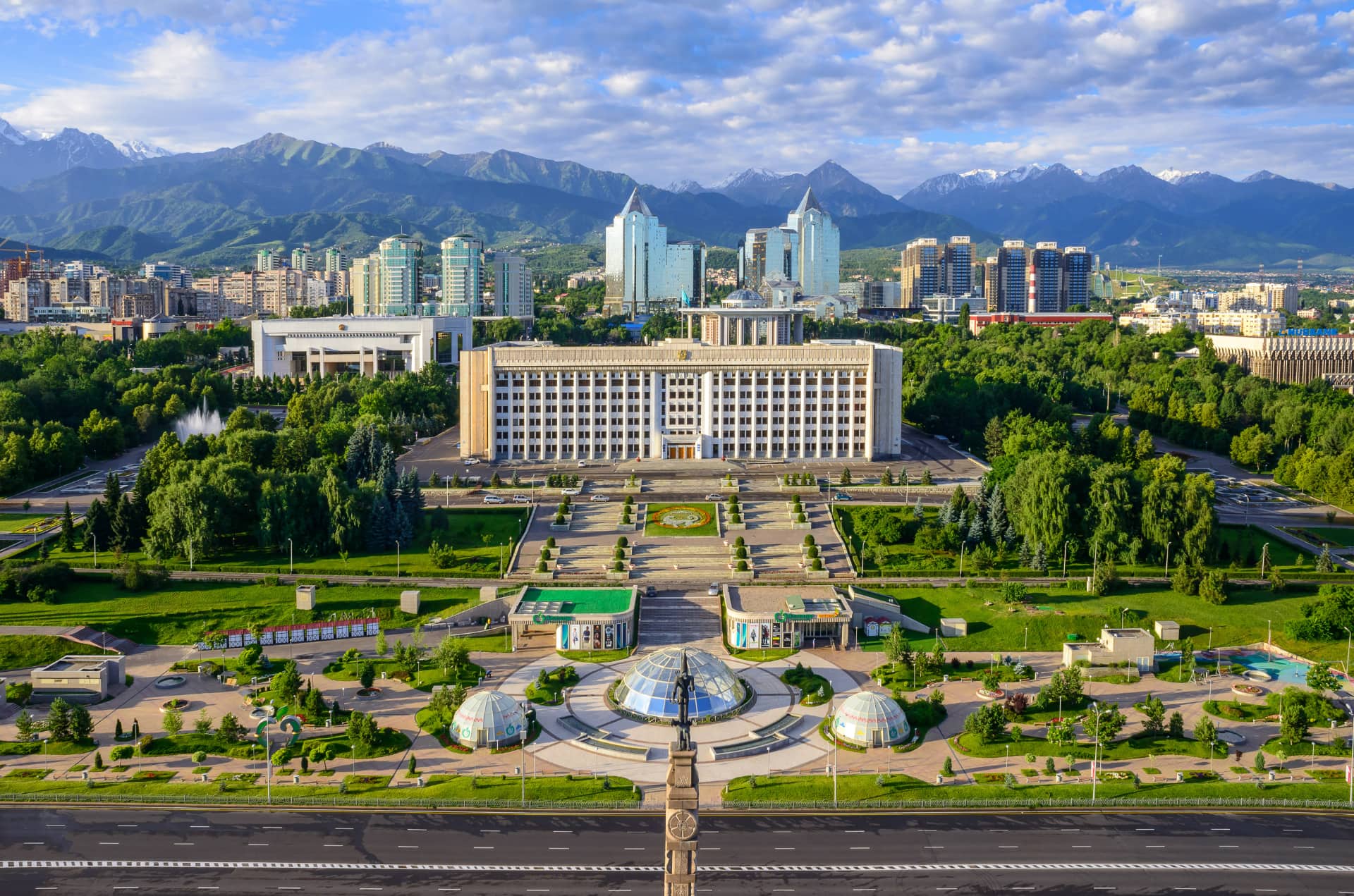 The loss of the “capital” status has had no effect on Almaty’s attractiveness. The city still remains the historical, cultural and scientific center of the country, but every year it becomes only more attractive and interesting for tourists. But how? It’s time to check it!

With Minzifa Travel a fascinating journey through Almaty awaits you. And if you have only a day or two at your disposal, we strongly recommend you to start getting acquainted with the city from the following sights:

It was built in the early twentieth century. During this period the cathedral was a “participant” in an earthquake (the entire city disappeared, but the temple survived), the Soviet regime, which turned it into a place for public meetings, and the war. Since 1982 it has been the main Orthodox shrine of the city.

In 2017, the cathedral was reconstructed according to the drawings of Andrei Zenkov, its creator. Today, the temple looks as it was designed: Russian Art Nouveau, a combination of white, yellow, and green hues, and golden domes. There is a Sunday school with a library on the territory of the temple. This is one of the largest wooden temples in the world.

Not far from the city is the Kok-Tobe Mountain, and there is a park and a TV tower nearby. You can take a ride on a winding road or a cable car, admire the city panorama from the Ferris wheel or observation deck, visit an exotarium or a rock climbing wall, taste European or national cuisine – the Kok-Tobe amusement park takes into account the tastes and interests of every holidaymaker.

Kazakhstan cannot be called a typical Eastern country, but there are common features. And to make sure of this, just look at the Central Market. It is a great opportunity not only to buy inexpensive souvenirs, but also to practice oriental bargaining.

Market rows in the Green Bazaar began to appear in the XIX century, but the main building – the Gostiny Dvor – was destroyed in an earthquake. The new building of the bazaar impresses buyers every evening with its bright green illumination. Kazakh delicacies, meat, fruits, you can find the freshest products here. But it is apples that are most purchased at the bazaar: it is the fruit that stands for the name of the city.

The main mosque of the city was built in 1993. The structure is based on a rectangle in the Timurid style. The main dome of the mosque is decorated with quotations from the Koran in calligraphic handwriting. The corners of the building are complemented by towers with golden domes: before the reconstruction they were blue.

Residents of Almaty do not need to go outside the city to love skiing. Since the 1970s, there has been a sports complex here: go skiing or skating.

Of particular interest is the skating rink. For its filling used the cleanest mountain water. Quality ice allows athletes and locals to set personal records. The way to the complex is no less pleasant than the direct pastime in it: it is a cable car over the fluffy firs and snow-covered peaks.

For the residents of Kazakhstan, this is a real attraction: the only subway in the country. It is the second such experience for Central Asia. Tourists are interested in the “Moscow” station – black and red colors and a symbolic reproduction of the Kremlin walls.

Almaty is a unique combination of ancient shrines and modern

Almaty is a unique combination of ancient sanctuaries and modern metro, historic buildings and ski complex, natural sites and eastern bazaars. Minzifa Travel will be glad to organize a tour for you taking into account your free time and wishes. Contact us by WhatsApp or e-mail travel@minzifatravel.com. We are always glad to receive your calls!