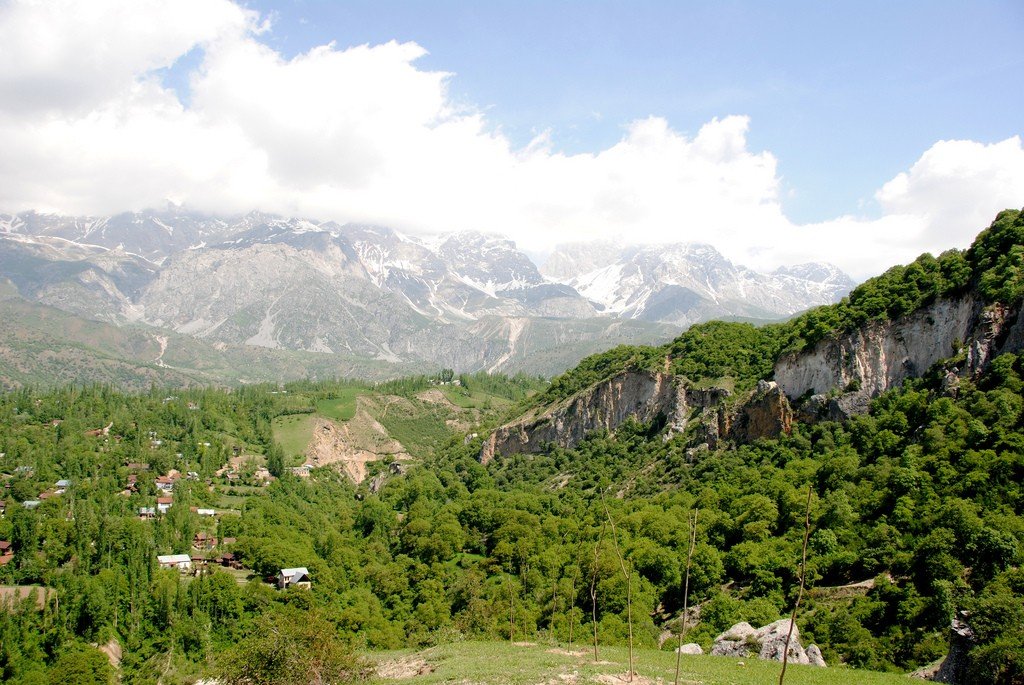 Kyrgyzstan is a place where all kinds of opposites harmoniously coexist. And if you still thought that Kyrgyzstan is not a must-visit country, you simply have never been to Arslanbob village. With Minzifa Travel it is very easy to fix that!

The village is mostly inhabited by Uzbeks who still adhere to the traditional way of life. Oriental flavor and reverence for local culture, recreation and resort areas, walnut forests and nature reserves – welcome to the most heavenly part of Kyrgyzstan!

What to see in Arslanbob

When you come to Arslanbob for the first time, be sure to see the legendary walnut forests. According to legend, Arslanbob is named after a righteous man who was given eternal life by Allah as a reward for cultivating the walnut forests. The village has a mazar of the famous gardener, who has been declared a saint, and a mosque attended by pilgrims from Central Asia.

There is another version of the origin of the name of the village. It is said that a hero named Arslanbob, who was betrayed by his wife, used to live in these places as far back as the 11th century. The man could not forgive his beloved betrayal and died not far from the walnut forests: it is said that one can still find traces of his blood and hand and footprints in the groves.

According to scientists, walnuts originated in Malaysia. How then did they come to Kyrgyzstan? During the reign of the Silk Road. There is another legend, according to which Alexander the Great found himself on Asian lands during another campaign. The commander was struck by the beauty of the place, and took a few nuts as a memento. The Greeks liked the nuts and called them “walnuts”.

Arslanbob is a nature reserve. Cherries, cherries, cherry plums, almonds, pistachios, currants, apples, raspberries, and pears are grown here every year. The locals do their best to have a good harvest, and the rave reviews of tourists let you know that all the efforts are not in vain.

In the heart of the village square of Arslanboba there is a statue of a lion (this is how the name of the village is translated – “king of the forest”). Next to the statue is the mausoleum and the Arstanbap-Ati mosque with carved walnut doors dating back to the 15th century.

On the territory of the village there is a waterfall with a height of 23 meters and a cave called the Cave of the Forty Angels. Once upon a time a holy woman lived in the cave and the locals used to go to her for advice. In Arslanbob there is a Holy Lake and another waterfall: you can reach them on foot or on horseback with a tour.

The territory of Arslanbob has a temperate climate and dry air. The coldest month of the year is January (the temperature stays between -6 and +4 ° C). But there are many sunny days, even in the winter months, so you can relax in the village at any time.

Spring in Arslanbob is short and rainy. The average air temperature ranges from +7 in March to +20 ° C in April. In May the unofficial summer begins in the village, when the thermometer does not go lower than +28 °С.

The most stable time of the year in the Kyrgyz resort is autumn. It is long, but dry: almost no winds, rain, and snow. A great opportunity to enjoy the beauty of Kyrgyzstan, without thinking about the heat and cold.

When is the best time to go to Arslanbob?

Anytime. It really is one of the few places not only in Kyrgyzstan, but in all of Asia, where the vagaries of the weather will not be an obstacle to a fun and relaxed pastime. There are only a few nuances:

Put all doubts aside and go on an amazing trip to Arslanbob with Minzifa Travel. We are always waiting for messages and calls on WhatsApp e-mail travel@minzifatravel.com. Until new adventures!