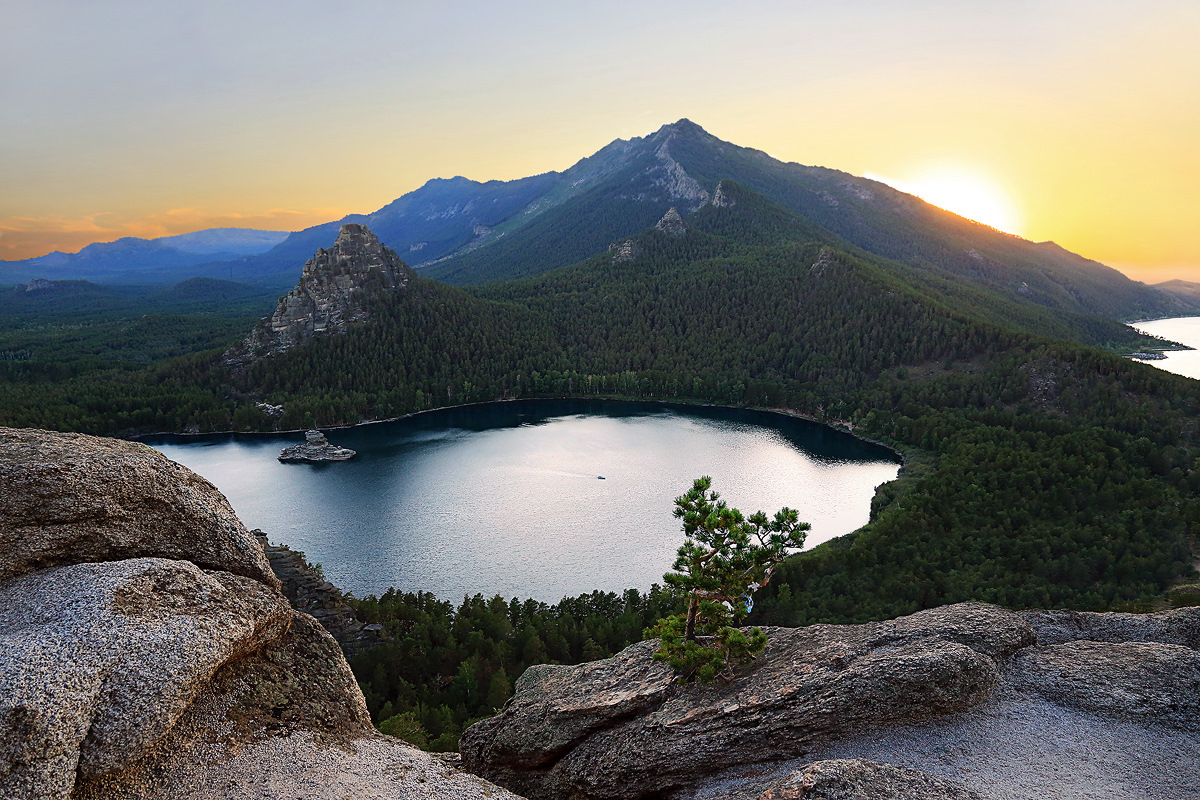 If it is far and expensive to go to Switzerland, but you want to have a high-quality rest now, we suggest to get acquainted with Borovoe. If you come once, you will definitely understand why this place is called Kazakh Switzerland. And Minzifa Travel will be your companion in this saturated journey!

Not only Kazakhs come here to rest, but also people from neighboring countries, including tourists from Russia. Untouched nature, sandy beaches, sunshine, lakes with crystal clear water, fresh air – increasing numbers of tourists every year is not surprising at all.

Borovoye is often and deservedly called the pearl of Kazakhstan. Among the sun-burned steppe hides a green wall. It is enough to look behind it, and you can see ancient trees, mountain ridges and enchanted lakes. Such beauty and magical silence contributed to the emergence of interesting legends.

According to one legend, during the creation of the world, Allah gave nations rivers, mountains and forests, but the Kazakhs were given only desert steppes. People did not despair and prayed for a long time. Allah had mercy and not only gave the Kazakhs the forests and lakes they wanted, but also populated them with fish and birds. This is how Borovoye was created.

There are no cultural and historical monuments in Borovoe, but there are many natural sights. Coming to the Kazakh pearl for the first time? Then be sure to visit:

The name of the park “Burabay” is translated as “camel”. If another legend is to be believed, once upon a time it was this animal that climbed the mountain and warned the people of the approaching enemy.

The park has many lakes that are suitable for beach recreation and fishing. And thanks to the gentle descents you can come here to swim with children. In winter, Burabay does not lose its attractiveness and attracts fans of skiing.

A stone boulder of pyramidal construction was not left without a legend, either. Once upon a time, three sisters and a brother, whose name the mountain bears, lived on the territory of Borovoye. The family was often attacked by enemies, and Okzhetpes decided to fight back. But there were many enemies, and they managed to surround the courageous Okzhetpes and his sisters. They did not want to be captured, so they turned their backs to each other and turned to stone. Thus the mountain of the same name appeared. Today, if desired, tourists can climb to the top: you can get to the bottom of the mountain by boat.

The name of the natural landmark is translated as “mystery rock”, which is already a worthy reason to get to know it. Borovoye would not be so beautiful if this natural landmark was not awarded a legend as well.

It goes like this. Once upon a time there lived a rich landowner, who had many sons and a beautiful daughter. All the richest men wanted to take the girl as a wife, but she refused them all. The landowner’s daughter fell in love with a poor guy with a good voice, but realizing that there would be no life for them here, the couple decided to flee. The brothers searched for their sister for a long time, and they found her when she was crossing Lake Auliekol in a boat with her lover. The dzhigit was killed by an arrow, and the girl did not want to live without him. She asked Allah to turn them both into a boulder: that is how the rock of Zhumbaktas was formed.

Borovoye has a mild continental climate and is comfortable all year round. Summer is considered the season for recreation, but in other seasons tourists will have a lot to do.

Borovoye is that long-awaited oasis in the middle of the noisy world: silence, beauty and endless nature. With a tour in Kazakhstan by Minzifa Travel you can see with your own eyes the magnificent natural sights of Borovoye and enjoy the peace and tranquility. Contact us by WhatsApp or e-mail travel@minzifatravel.com. We will tell you everything and answer every question!