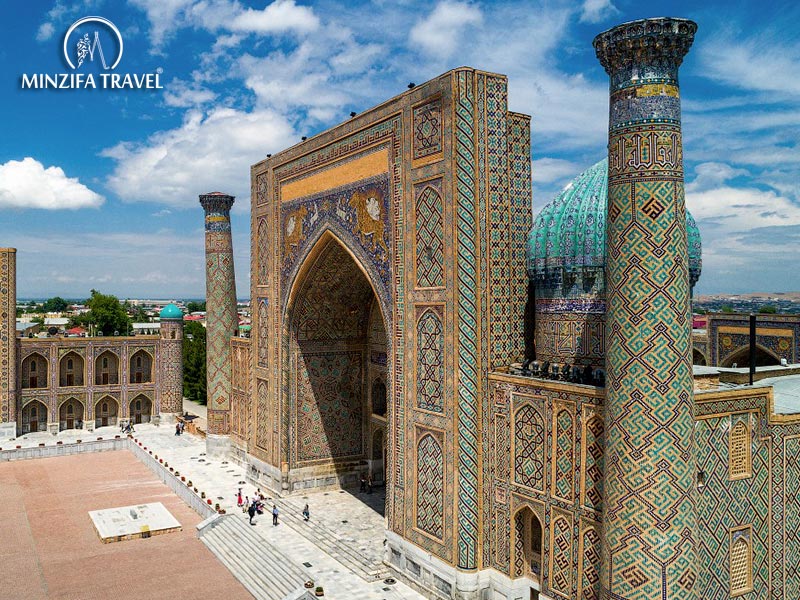 The countries of Central Asia have something to surprise tourists. In Uzbekistan, one of the most impressive locations is the city of Samarkand, the same age as ancient Rome. Tourists come here to touch the thousands of years of history, to see with their own eyes the blue mosaics on ancient structures and to take some colorful pictures as a memento.

Our Minzifa travel team offers to buy a trip to Samarkand, during which you will experience medieval architecture, outstanding locations and landmarks. Our guide will be with you to share amazing stories related to historically significant places

Significant places that are included in the Samarkand 2022 trip

A city like Samarkand always has something to surprise even avid travelers:

Samarkand ancient buildings are a UNESCO World Heritage Site, so when you buy a trip to Samarkand, you get an opportunity to touch the outstanding cultural values

You can check the cost of a trip to Samarkand with our manager or look at the page of a particular tour. We don’t include airfare into the price of the tour program, because this way you can determine for yourself the best way to cross the border with Uzbekistan. However you can rely on our help in buying tickets

Book a trip to Samarkand for a new and unforgettable experience!