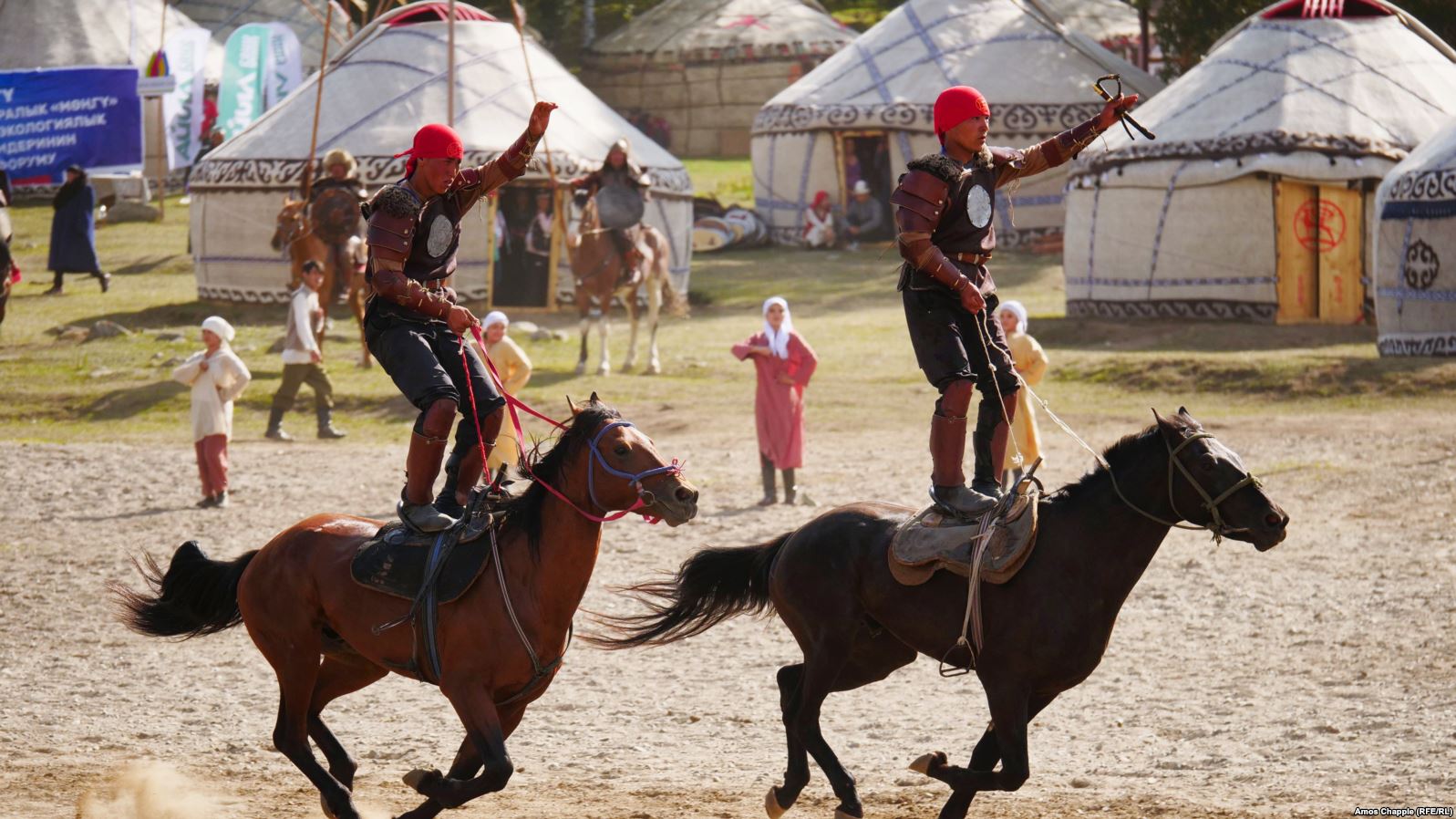 Every country and nation have its own and different traditions and customs. And a special place in this extensive list belongs to the homeland of the nomadic people – Kazakhstan. Are you ready to plunge into the world of unique worldview and ancient culture? Then you are welcome!

Up to the XX century Kazakhs were nomads, and only later people began to adopt settled life. Such large-scale changes couldn’t help influencing the way of life, traditions and arts, but Kazakhs managed both to keep the old and to master the new.

The yurt played an important role in the nomadic life of the Kazakhs. The portable house was simply disassembled and could be transported on horses or camels. Until now the yurt is the most important part of Kazakh history and culture and a reminder of the great past. For Kazakhs the yurt symbolizes the Universe and the Earth and confirms the possibility to turn any dwelling into a cozy home.

Nomads would not have been such if they did not know how to ride in the saddle. Therefore, equestrian games have always been the main amusement and part of the culture and art of Kazakhstan. Riders could not only show off their skills and boast of the best horse, but also attract the attention of a girl they liked.

In olden times Kazakhs took part in long-distance races, competed for the carcass of a ram and caught up with beautiful girls (the riders were rewarded with a kiss). An important condition was to ride only local horses: whoever broke the rule dropped out of the game.

National clothing is an important part of the culture of any nation, and Kazakhstan is no exception. Today, Kazakhs hardly wear traditional clothes – only on holidays. But earlier both women and men went only in national clothes: the number of ornaments and type of trimmings talked about the class. Women’s costume was a dress and headdress, after marriage it was replaced by a white shawl. Men’s costume included headdress, robe, belt.

The main part of music art in Kazakhstan was folklore: they did not know and did not learn notes. In the 18th century the genre of kyu emerged, and improvisation did not lose relevance. Basically, musicians played the plucked instrument – dobre – and sang stories from epics and fairy tales. In the twentieth century came classical music, based on the knowledge of European art, but with the preservation of traditional motifs.

The poetry and prose of Kazakhstan goes back more than a century. During the Middle Ages, poets told poems of their own composition to the tunes of musical instruments and competed in recitation.

Literature in written form became widespread in the nineteenth century. The most popular writer was Abay Kunanbayev: later universities, schools, settlements, theaters, and streets in Kazakhstan were named after him.

Handicrafts of the Kazakh people

Nomadic life also affected the craft of the people. The Kazakhs understood that their entire life was one continuous journey, so they tried to make their stay on the road better and more comfortable.

Making felt and equipment for yurts and horses, along with woodworking, helped them to survive and make a temporary home safer and more comfortable. In winter it was cold and windy in the steppe, and too hot in summer, that is why the Kazakhs did not forget about the sewing craft: leather, fur and woolen hats and coats were actively made. The skill of jewelers and blacksmiths was not ignored.

In the XXI century Kazakhs managed to integrate into the world society, preserving the monuments of history and culture of the country. Men and women, old and young people still rely on the philosophy of their ancestors and pass on the secrets of their people from mouth to mouth. Kazakhs remember how and by whom the vast steppes were conquered, but the culture does not stand still and is still developing.

You can get acquainted with the history and culture of nomadic Kazakhstan at holidays, festivals, museums and tourist tours. With Minzifa Travel you can always feel the atmosphere of Asian country and get closer to its fascinating history. Contact us on Telegram, WhatsApp, e-mail travel@minzifatravel.com. We will be happy to answer all your questions!