Skip to content (Press Enter)
Home➜Compass➜Destinations blog➜Central Asia Blog➜Uzbekistan Blog➜Journey to the homeland of Amir Timur, to the green city of Shakhrisabz 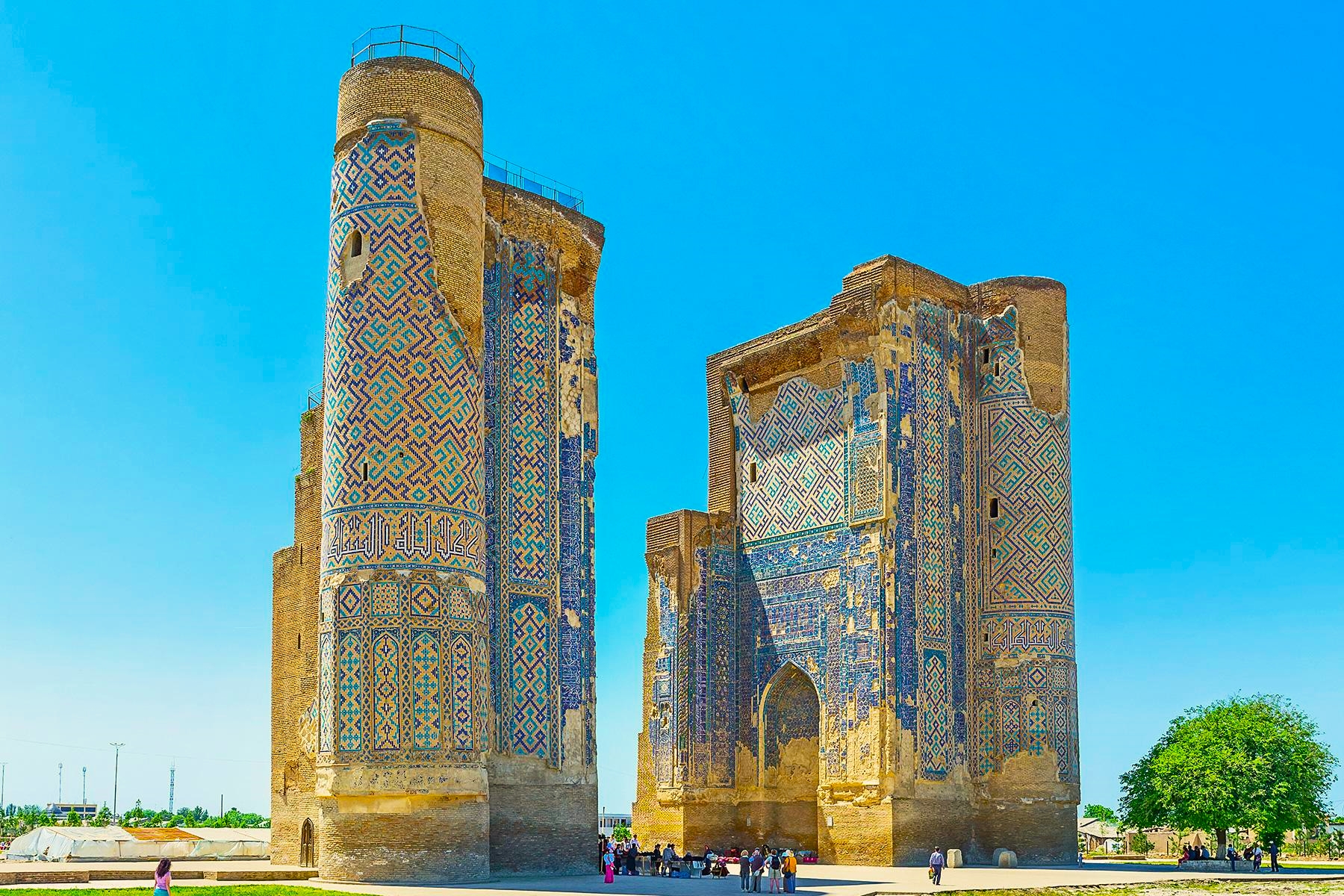 Going to Uzbekistan for the first time? Or do you already feel at home in this fabulous country? We are sure that your impressions of the eastern country will not be accurate until you visit the wonderful Shakhrisabz!

With Minzifa Travel it is so easy to be transported to the homeland of Amir Timur – to the magnificent city of Shakhrisabz! The name is translated as “green city” or “blooming city”, and everyone who has been here confirms that it fully corresponds to reality. See for yourself!

Shakhrisabz is located 100 km from Samarkand. This is where Amir Timur, who became a legend of the Medieval East, was born. The great ruler dreamed of turning the city into a cultural center not only of Uzbekistan, but of the whole East. Was it possible to fulfill his dream? At the end of our journey, you will be able to draw your own conclusion!

Shakhrisabz was founded in the 8th century BC, but it was the birth of Tamerlane that made the city so famous and revered throughout the world. We offer you to touch the beauty and grandeur of the incomparable cultural capital of the East.

Shahrisabz tour by Minzifa Travel takes 2-3 hours. But for such a short period of time sightseers will have time to penetrate into the ancient history of the city and live through several great discoveries.

During the tour we will certainly visit

In Uzbek the name of the landmark is translated as “White Palace”, and today it is the only preserved portal of Tamerlane’s residence. The name of the structure is not accidental: people believed in a cloudless future and the destiny of the people of this wonderful city.
It is impossible to see the palace in the splendor in which it was conceived and embodied. Only fragments remain of the Ak-Saray. But even if they strike the sightseers with their power and grandeur, one can assume what impression the white palace itself once made.

Today, the visitors can see the preserved sights of the complex – the crypt of Tamerlane and the tomb of Jahangir. The reason for building the complex was the death of Jahangir, Tamerlane’s favorite son: he was buried here.
One version translates the name of the complex as “Lessons in Power” but some scholars believe there is a hidden meaning here. The reason for this is the romanticism and mystique with which the memorial complex is shrouded.

Amir Taragai – Tamerlane’s father – and his spiritual mentor Sheikh Shamsiddin Kulyal are buried here. Today their graves are a holy place for worship, and it is here that pilgrims from all over the world come.

The Blue Dome is the largest Friday Mosque in the city. Locals and guests of Shakhrisabz compare the dome with the blue sky that rises above the green city. Until now Kok Gumbaz is one of the main mosques in Uzbekistan, and its beauty leaves a lasting impression in the heart and soul of every person, regardless of his religion.
Additionally, we can visit other places of interest of the city on request. Or maybe you want to have a walk through Urgut Bazaar, the biggest marketplace in Uzbekistan? Or would you like to visit Katta Langar settlement? With Minzifa Travel nothing is impossible!

We are always happy to diversify the program, so that every guest of sunny Uzbekistan could see the country as he had never imagined it. Write to us by telegram WhatsApp or e-mail travel@minzifatravel.com. We will be glad to tell you in detail about the peculiarities of excursion to Tamerlane’s homeland and will not leave any question unanswered!