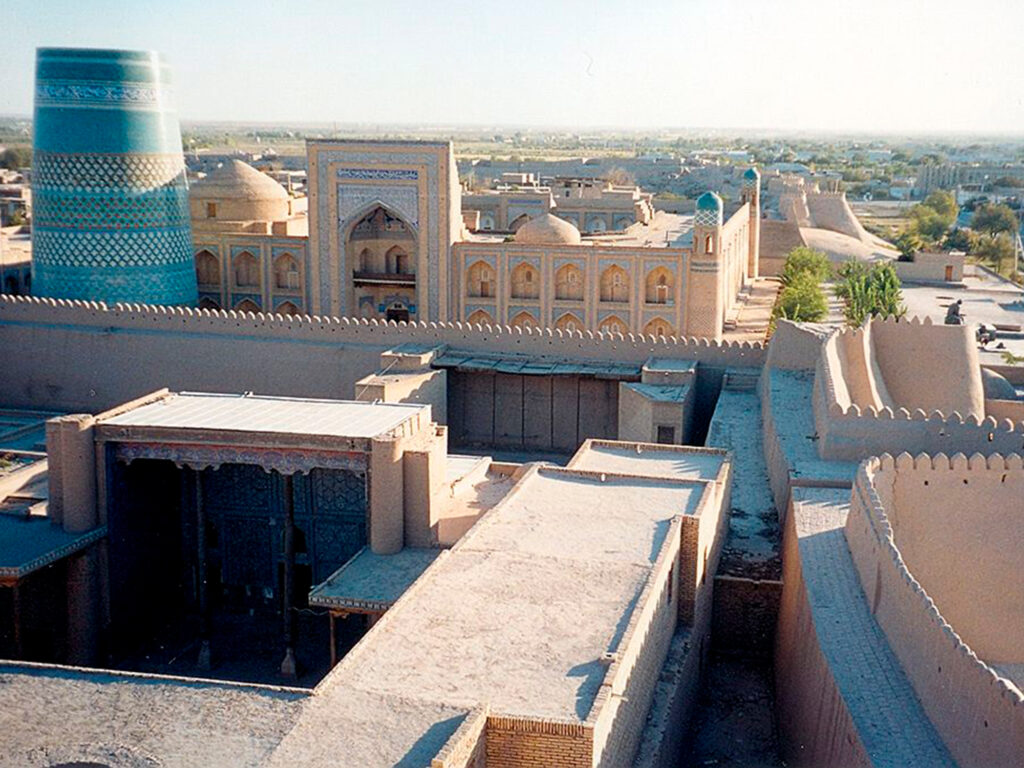 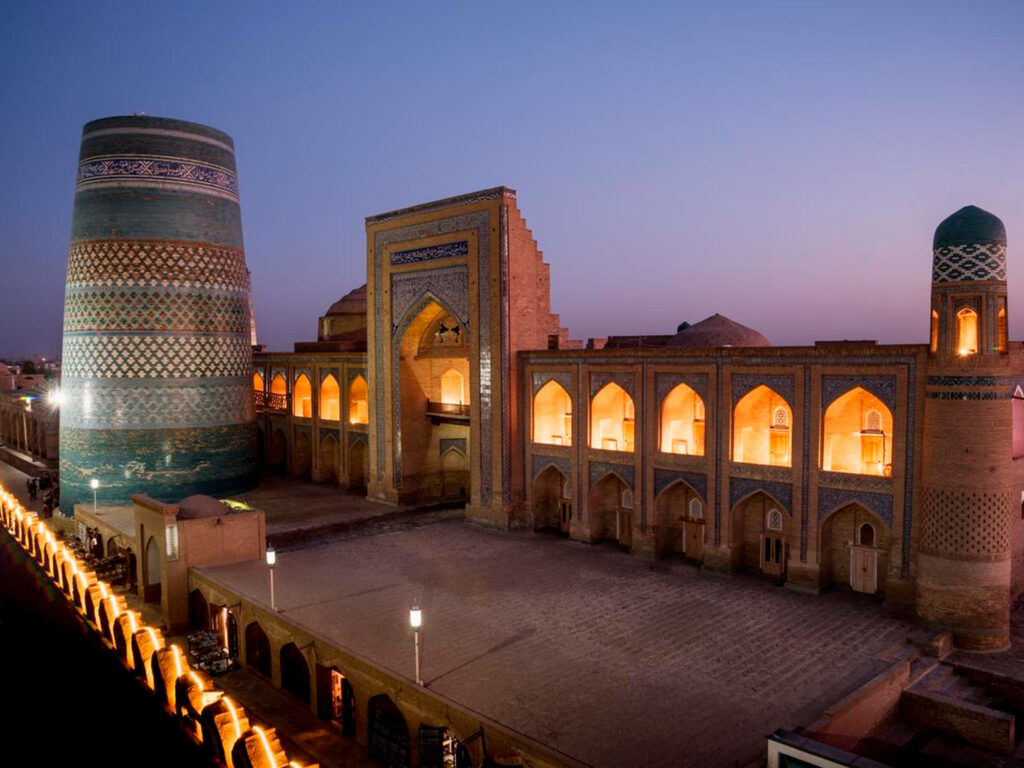 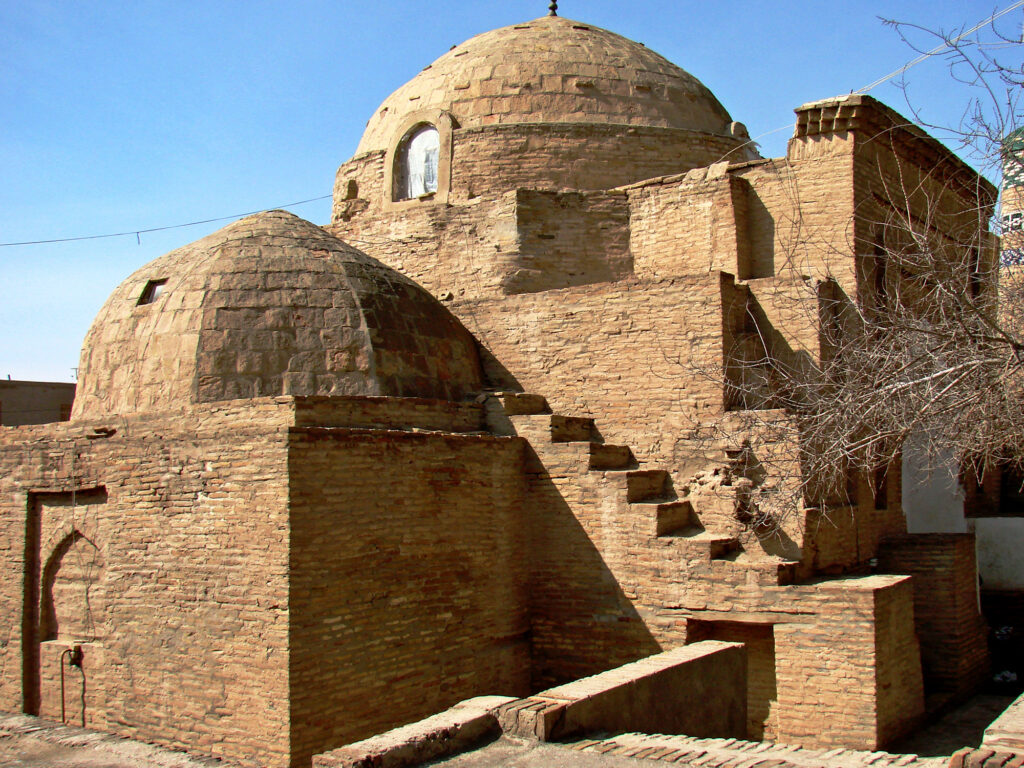 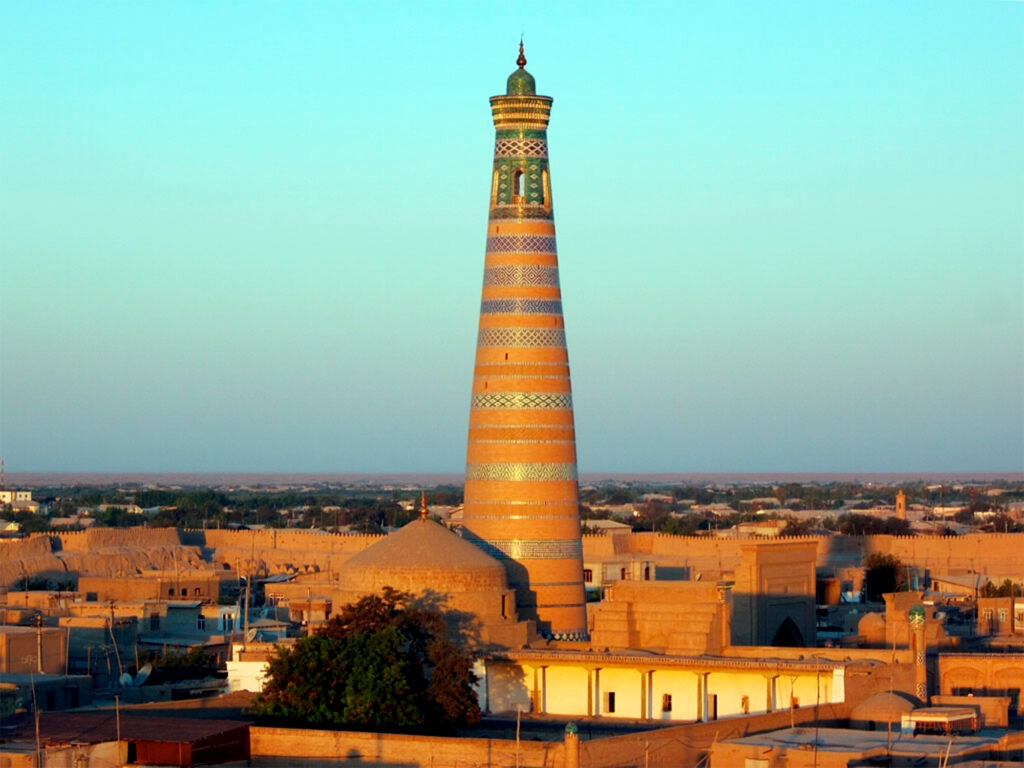 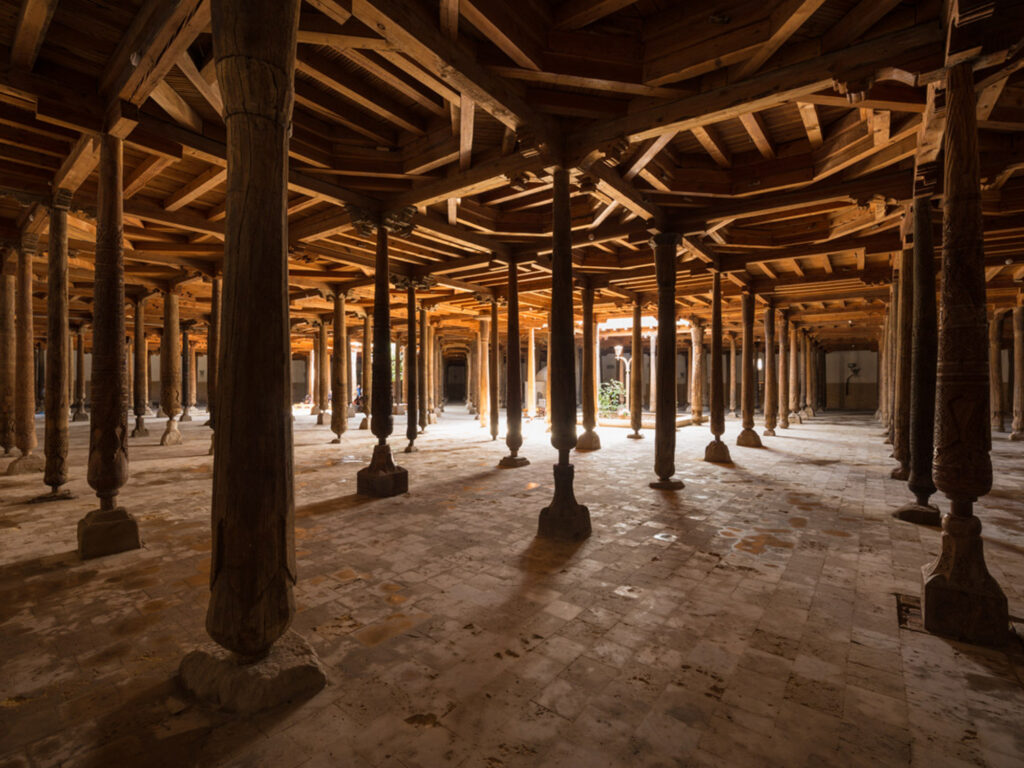 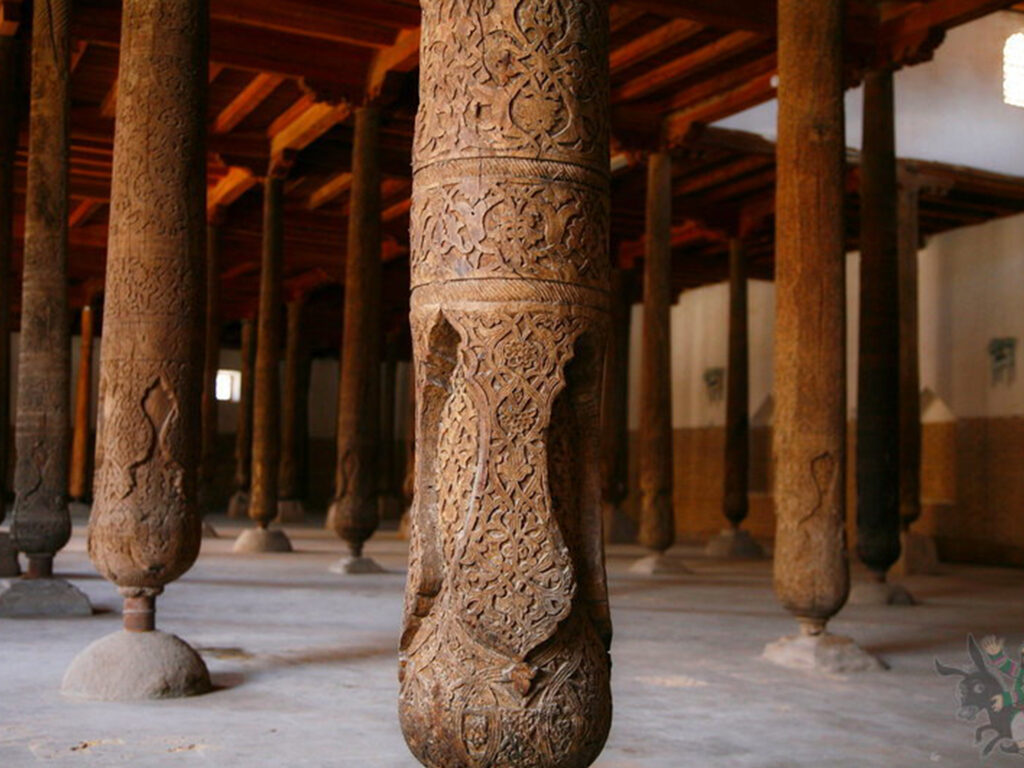 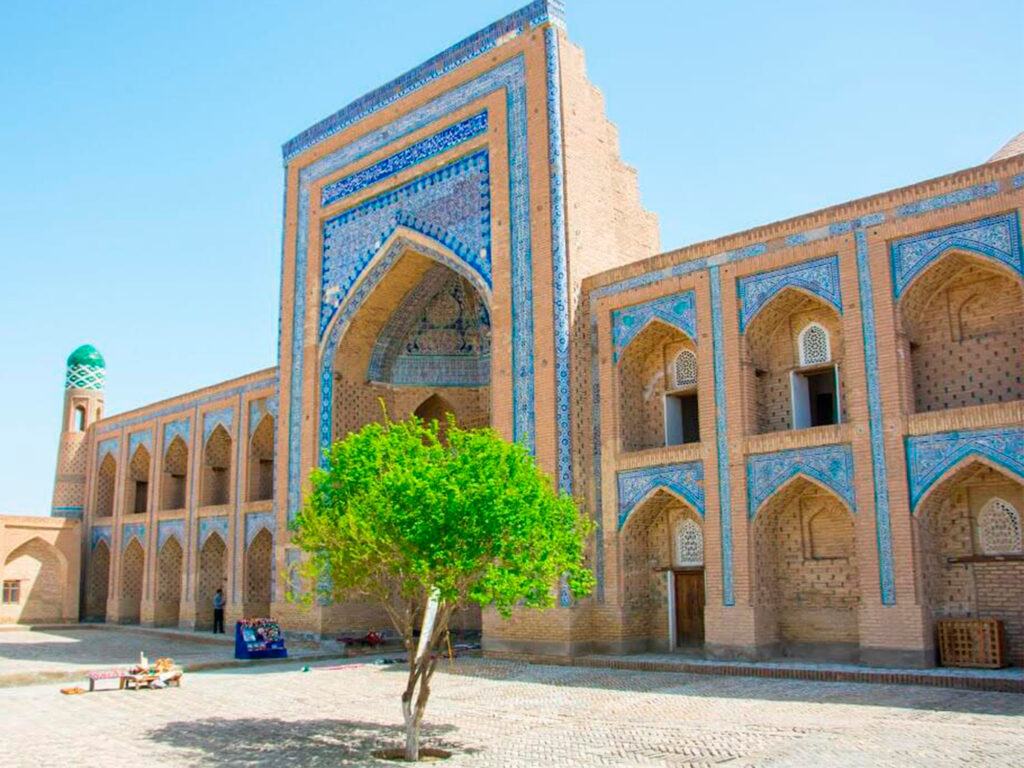 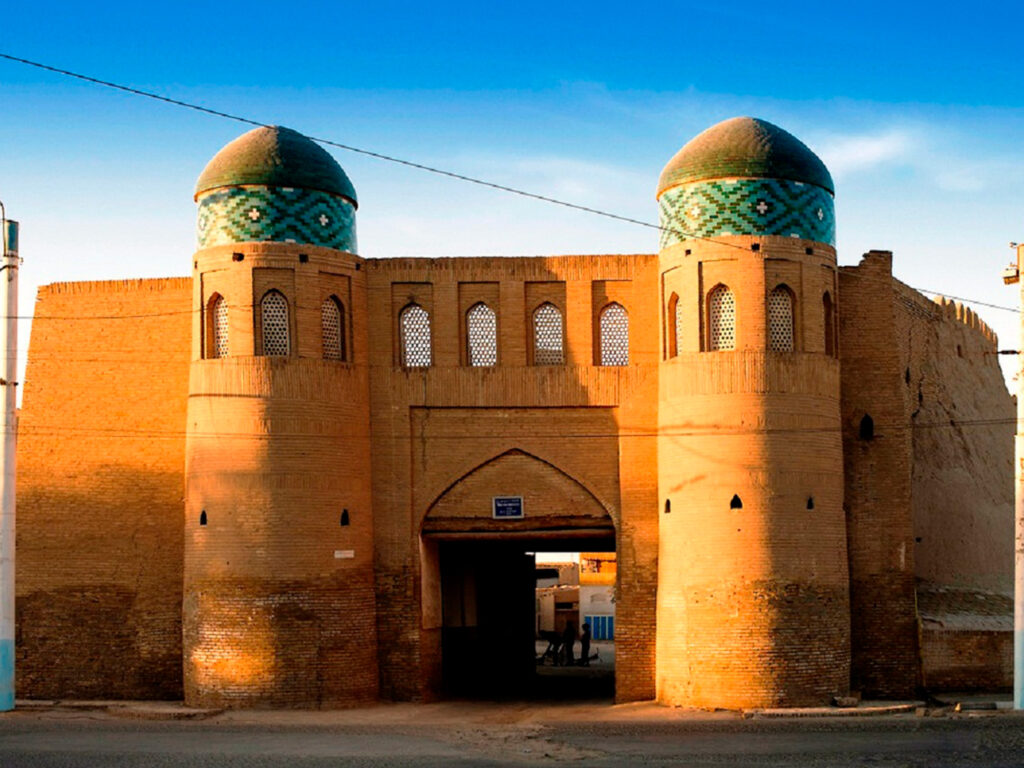 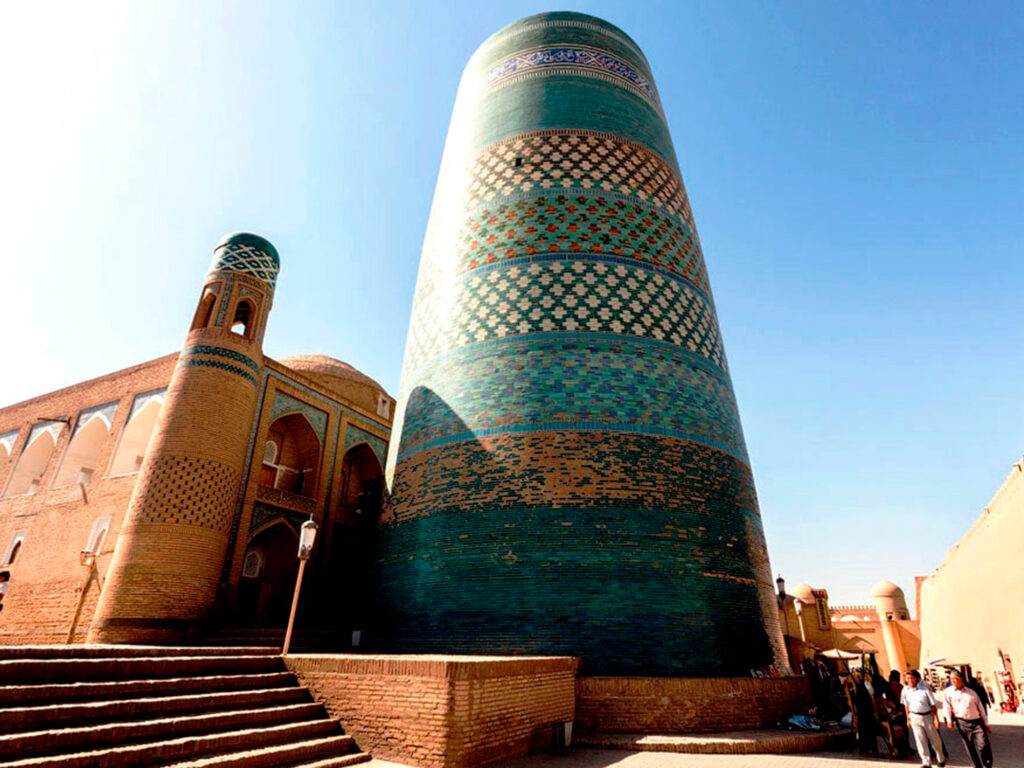 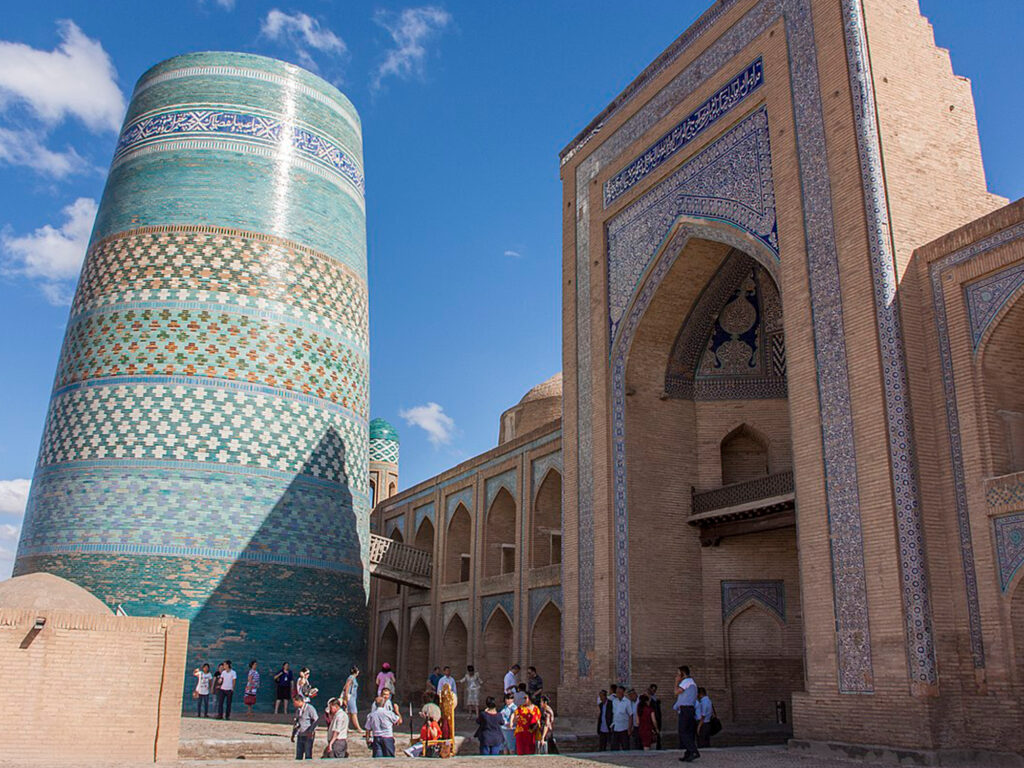 A day excursion in Ichan Kala – inner city of  Khiva will give you the opportunity to get acquainted with the main attractions of the old city.

We will conduct a guided sightseeing tour of the old city of Khiva – Ichan Kala, get acquainted with the architectural ensemble Ichan-Kala, included in the UNESCO World Heritage List. Khiva is a unique open-air city-museum that occupies a special place in the rich historical and cultural heritage of Uzbekistan.

Ichan Kala (Uzbek: Ichan-Qаl’а) is the walled inner town of the city of Khiva, Uzbekistan. Since 1990, it has been protected as a World Heritage Site.

The old town retains more than 50 historic monuments and 250 old houses, dating primarily from the eighteenth or nineteenth centuries. Djuma Mosque, for instance, was established in the tenth century and rebuilt from 1788 to 1789, although it celebrated hypostyle hall still retains 112 columns taken from ancient structures. 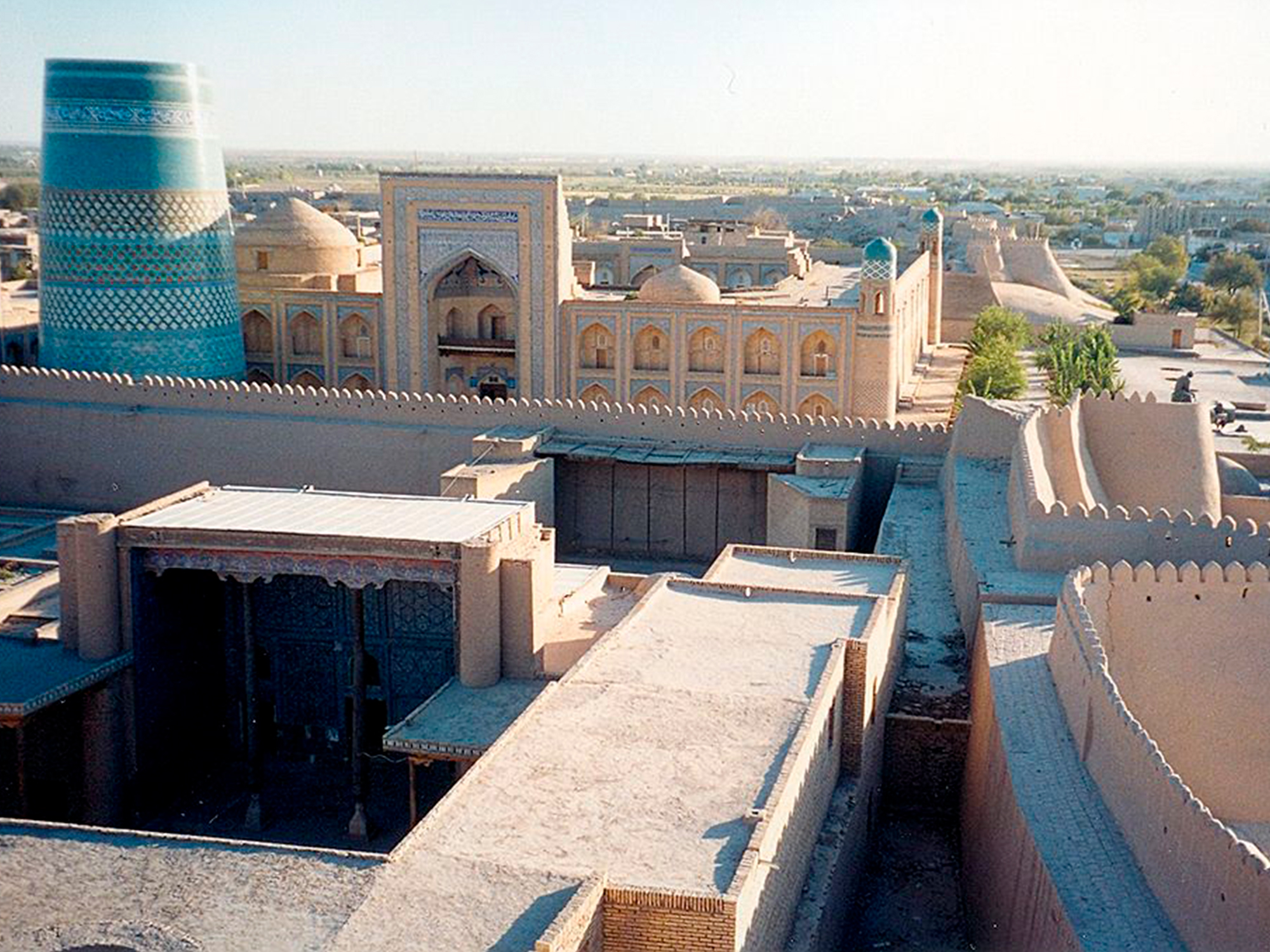 This madrasa stands on the western outskirts of the Ichan Kala, directly south of the main east-west road that bisects the city. Together with the unfinished Kalta Minor, it was intended by its patron, Mohammad Amin Khan (r. 1845-55) to be the centerpiece of a grand new ensemble alongside the west gate to the city, the Ata Darvaza, or Master Gate. However, the Khan’s short reign (interrupted by his beheading at the hands of Turkmen raiders, who sent the head to the Shah of Persia) prevented him from fully realizing his architectural ambitions 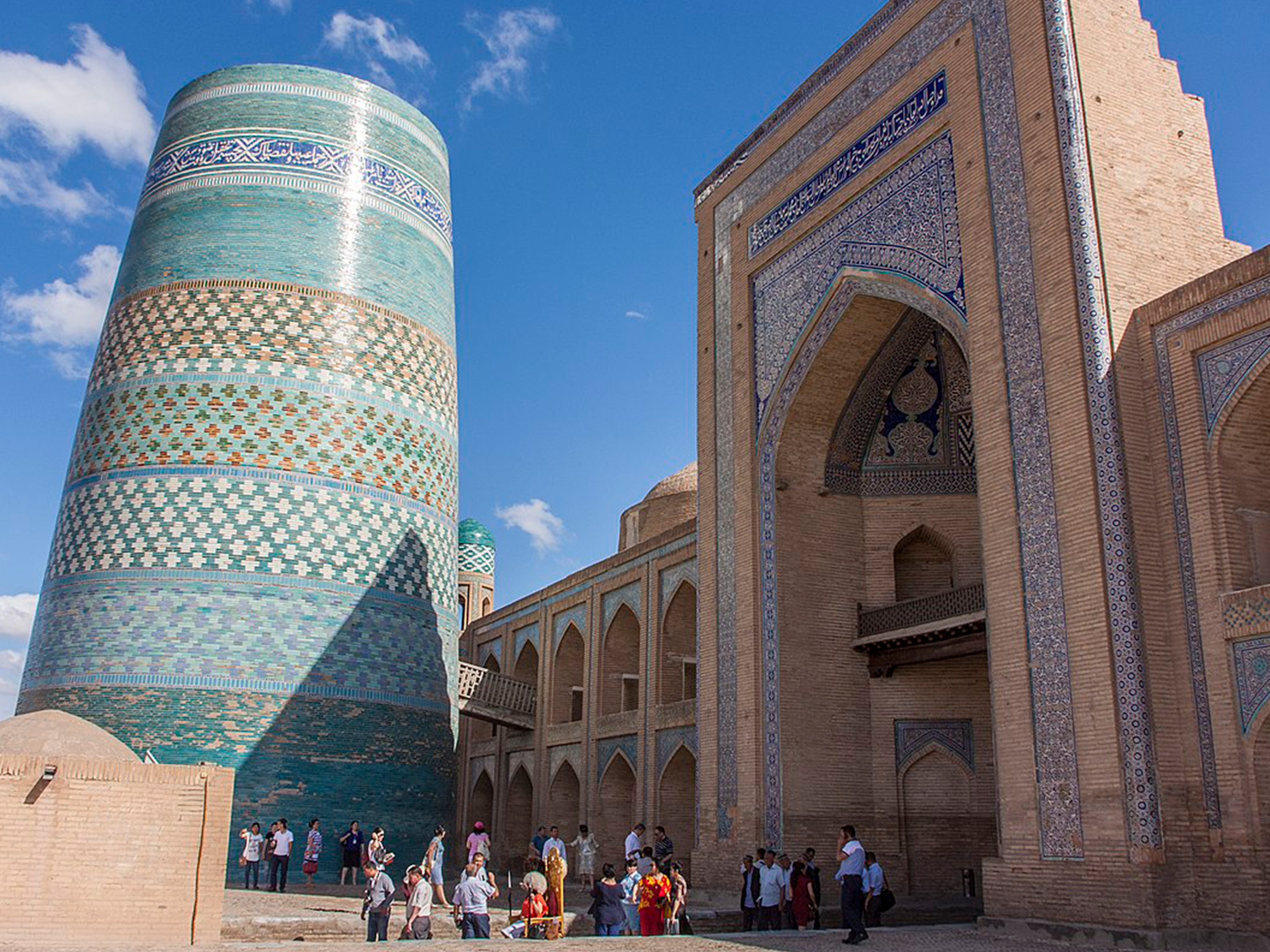 Khiva (Uzbek: Xiva/Хива, خىۋا; Persian: خیوه‎, Xīveh; alternative or historical names include Kheeva, Khorasam, Khoresm, Khwarezm, Khwarizm, Khwarazm, Chorezm, Arabic: خوارزم‎ and Persian: خوارزم‎) is a city of approximately 90,000 people in Xorazm Region, Uzbekistan. According to archaeological data, the city was established around 1500 years ago. It is the former capital of Khwarezmia and the Khanate of Khiva. Itchan Kala in Khiva was the first site in Uzbekistan to be inscribed in the World Heritage List (1991). The astronomer, historian and polymath, Al-Biruni (973-1048 CE) was born in either Khiva or the nearby city of Kath. 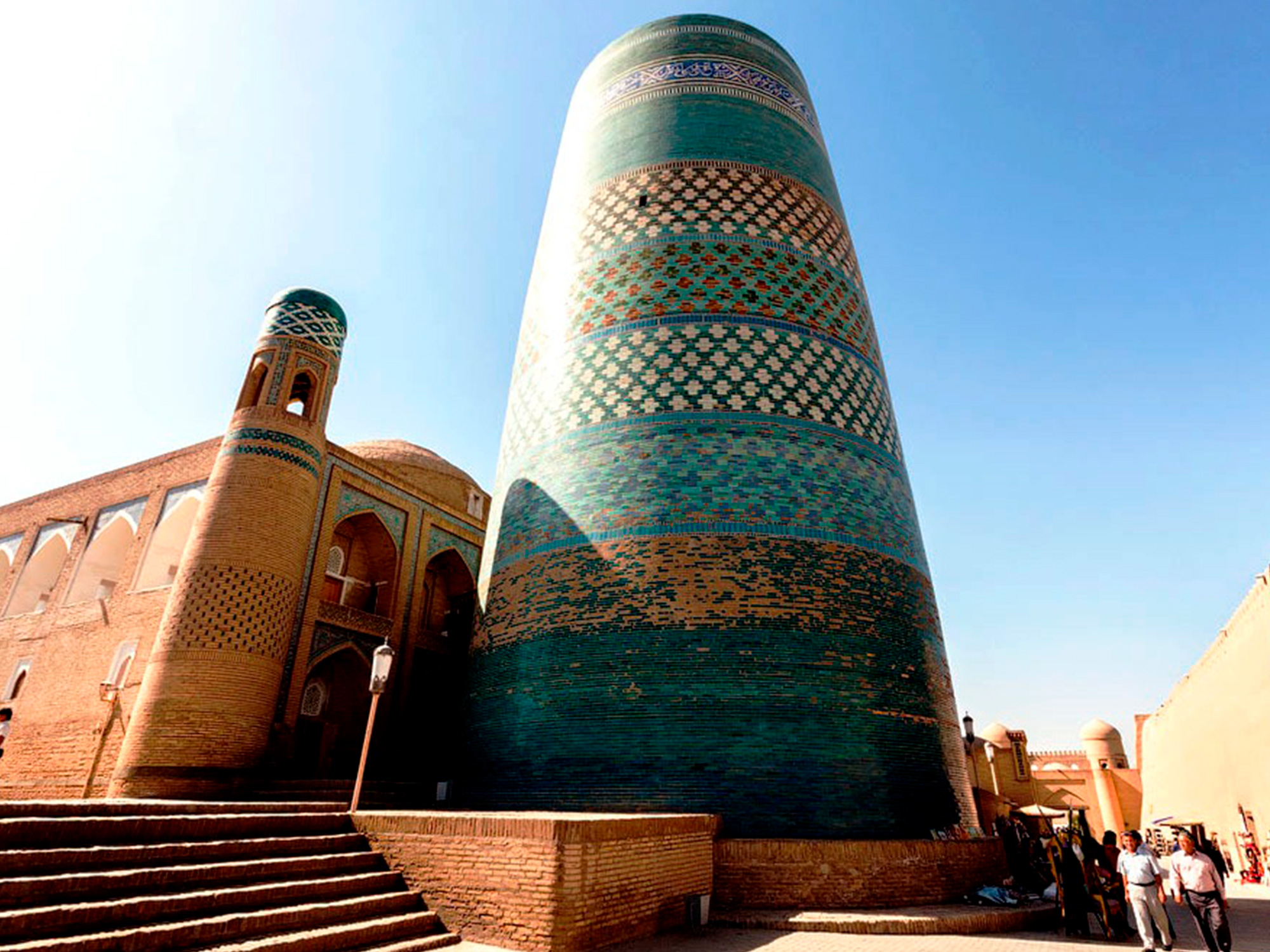 According to historical evidence, in 1686, Arang-khan began the construction of the citadel Kunya-ark at the western gates of Ichan-kala. The ark presented a complex multi-yard composition, containing a house for khan, the members of his family, and dignitaries. From the large numbers of constructions of the ark, only several buildings of the nineteenth century and the beginning of the twentieth century were preserved. They were the official reception hall (kurinishkhana), a mosque, the mint, and a harem. Previously, there were an arsenal, a powder mill, and an official building, warehouses, a kitchen, guardhouses, a stable, and a parade area. Fortified gates led to the citadel. A high-cogged wall separated the ark from the neighboring dwellings of Ichan-kala. 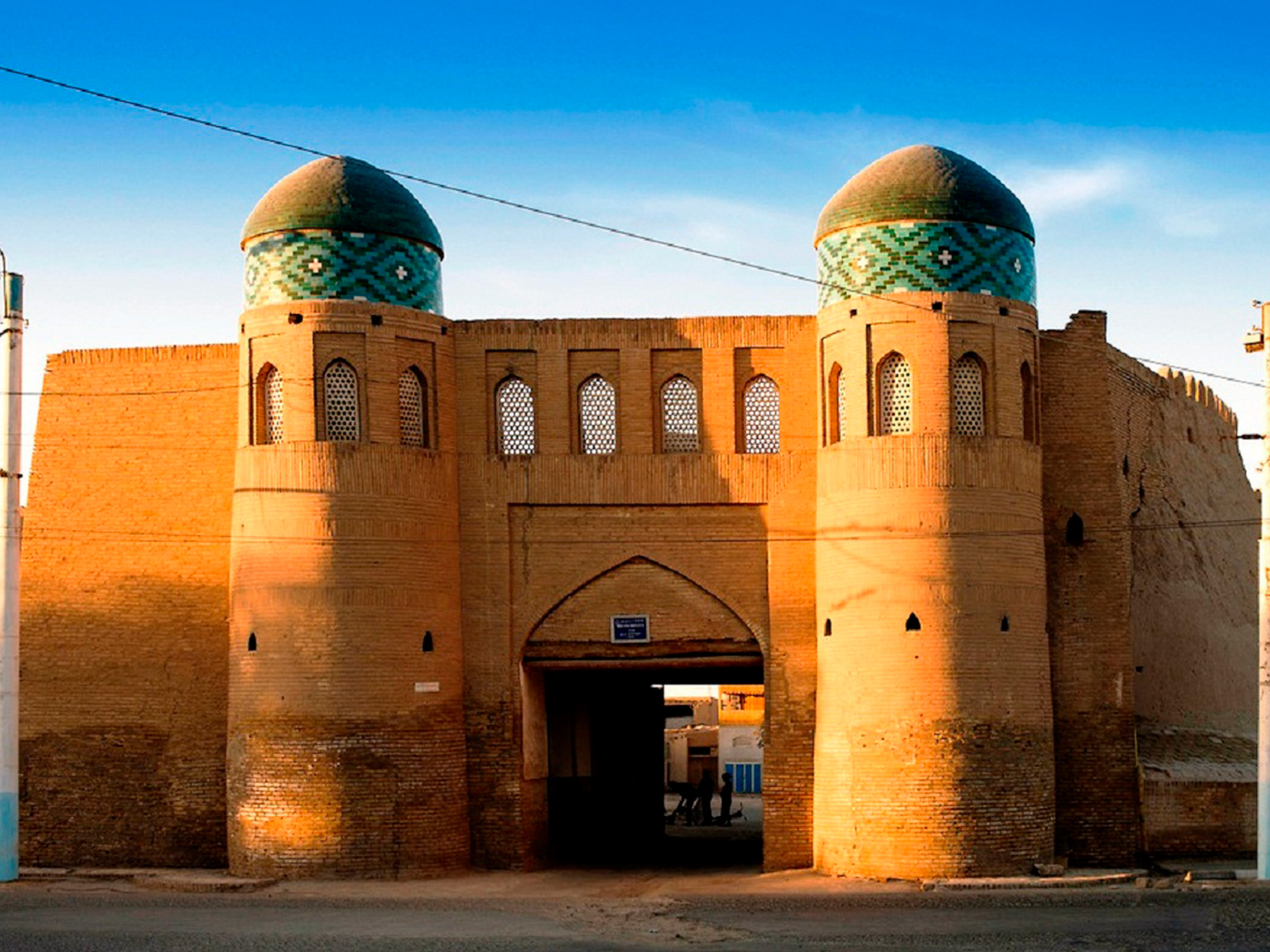 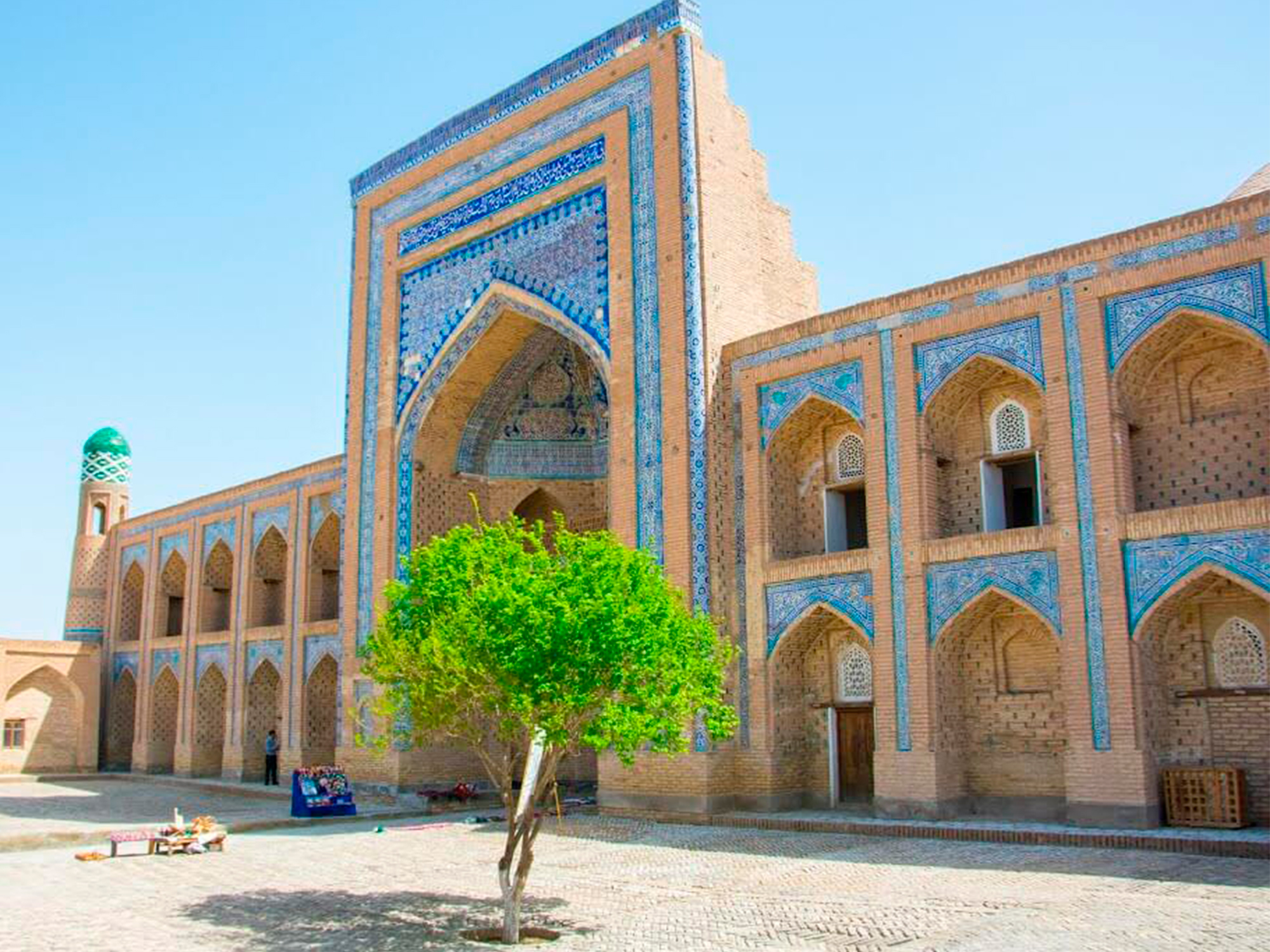 Khiva’s Juma, or Friday Mosque (after the Arabic ṣalāt al-jumu‘ah, meaning “Friday Prayer”), is located almost at the heart of the Ichan Kala (old city)—a fitting location as the name of the ruling Khan would have been read aloud here during Friday prayers. 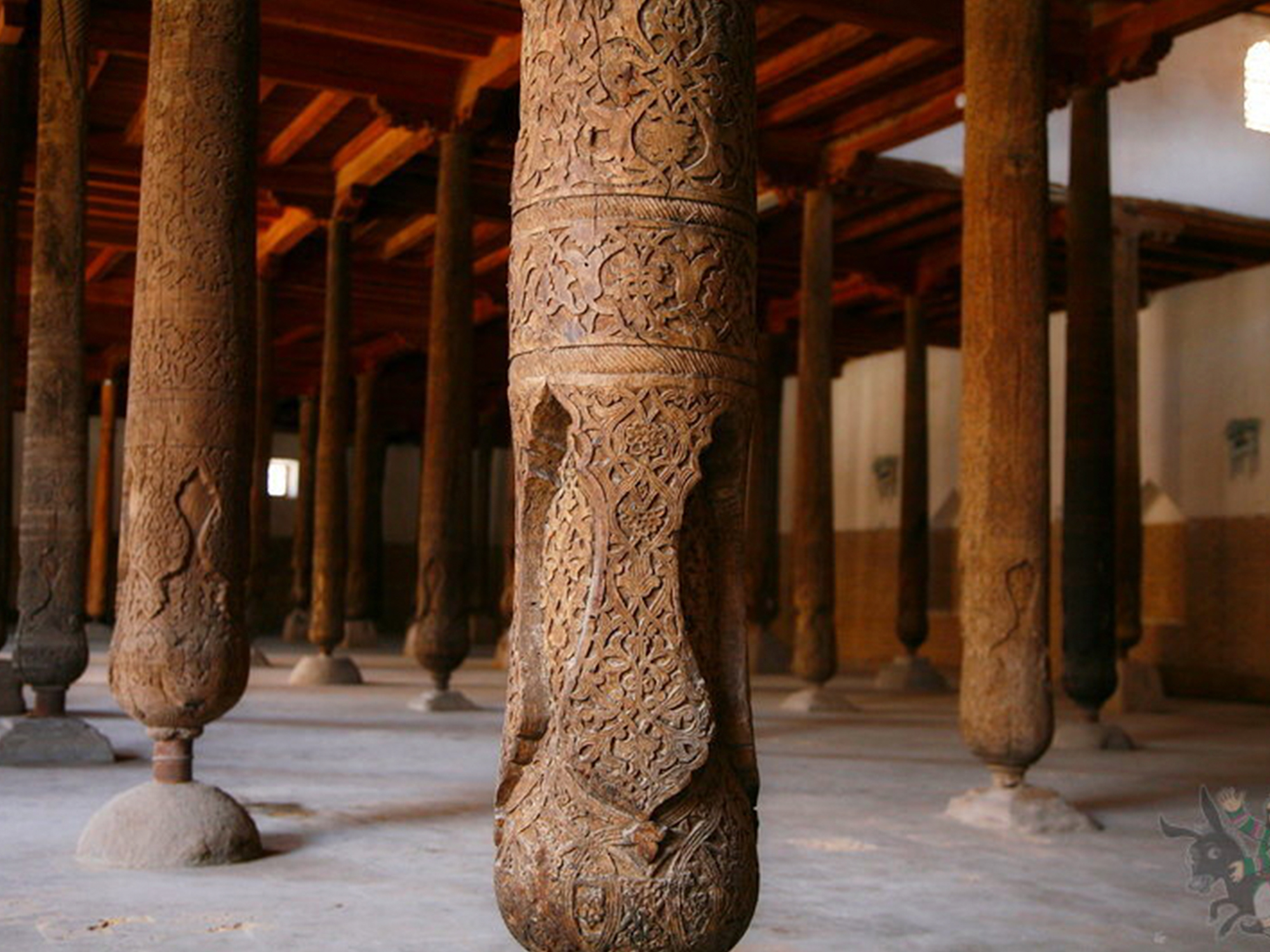 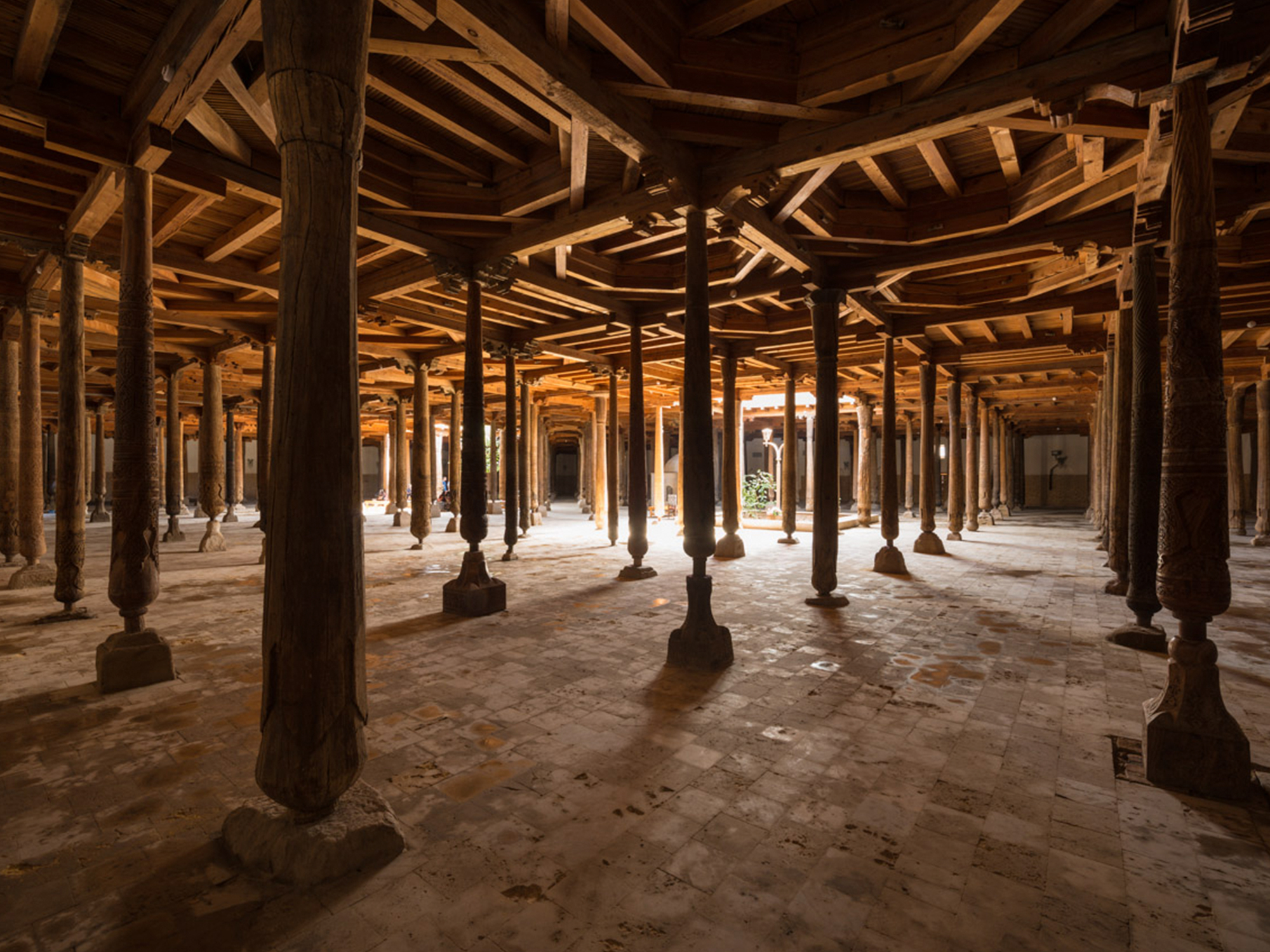 The Islom-Hoja Minaret (1910) at Khiva is the tallest in Uzbekistan. Most of Khiva’s monuments are hundreds of years younger than those in Bukhara and Samarkand. 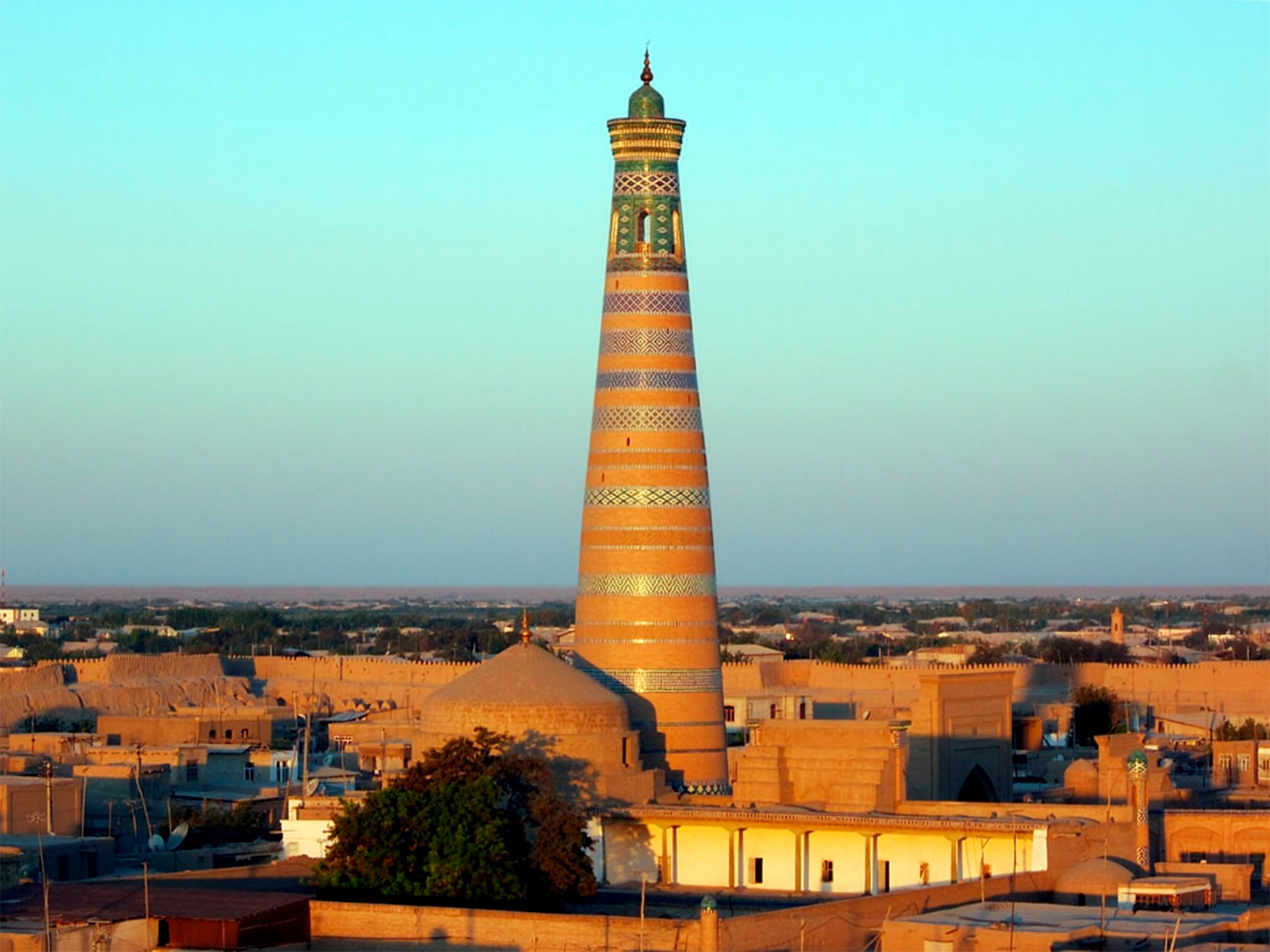 Alaud-Dīn Khaljī (r. 1296–1316), born Ali Gurshasp, was an emperor of the Khalji dynasty that ruled the Delhi Sultanate in the Indian subcontinent. Alauddin instituted a number of significant administrative changes, related to revenues, price controls, and society. 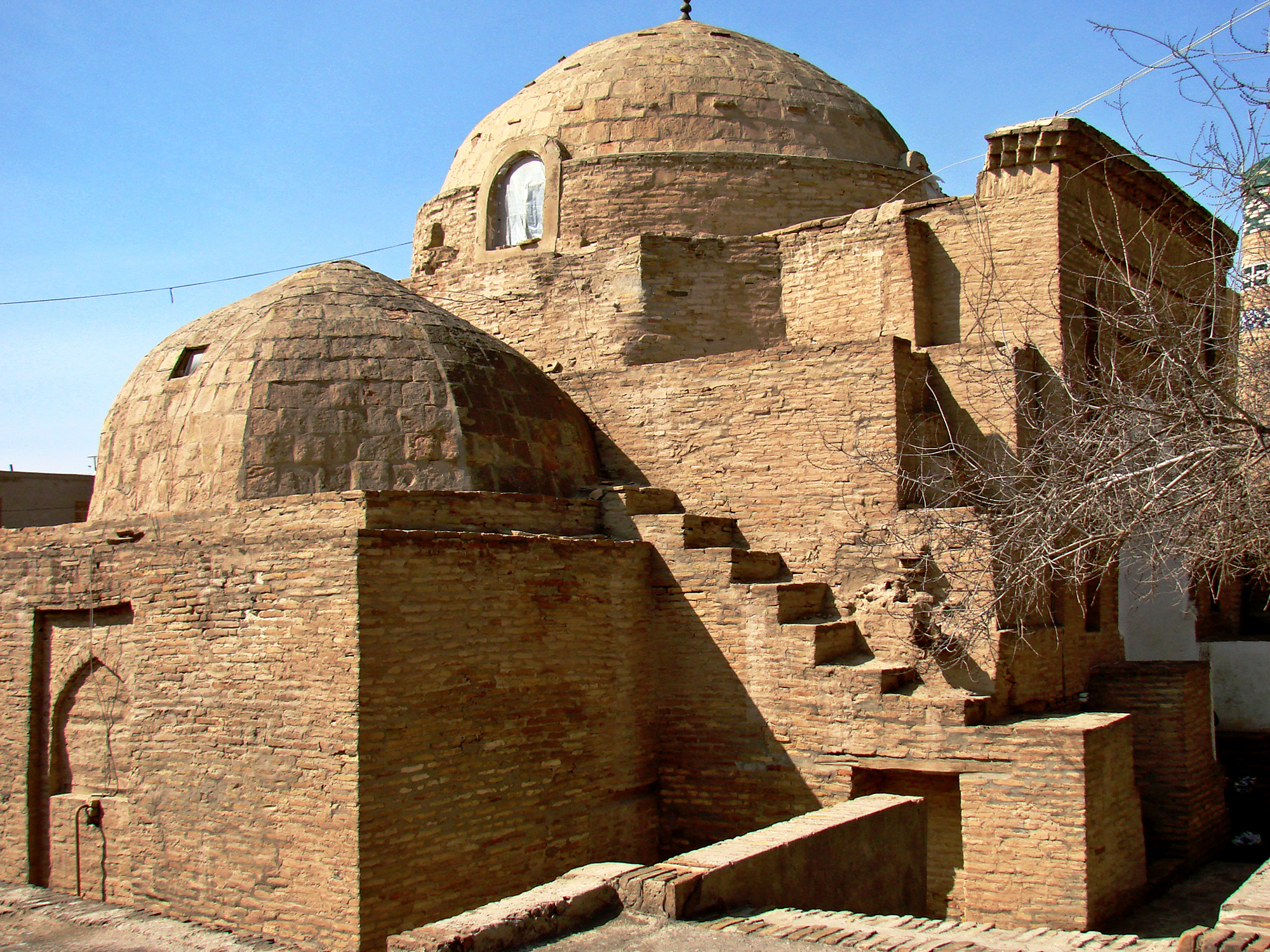 20 minutes
⠀ :
Minaret and Madrasah of Islamkhoja

In 1910, with the efforts and funds of Islam Khodja, a large complex was constructed in the Southeast of Itchan Kala (the inner city of Khiva), comprising the Islam Khodja madrasah and the eponymous minaret, which were 44.6 meters high, becoming the highest minaret of Khiva and the entire Khiva Khanate. It was slightly shorter than the Kalyan minaret in Bukhara 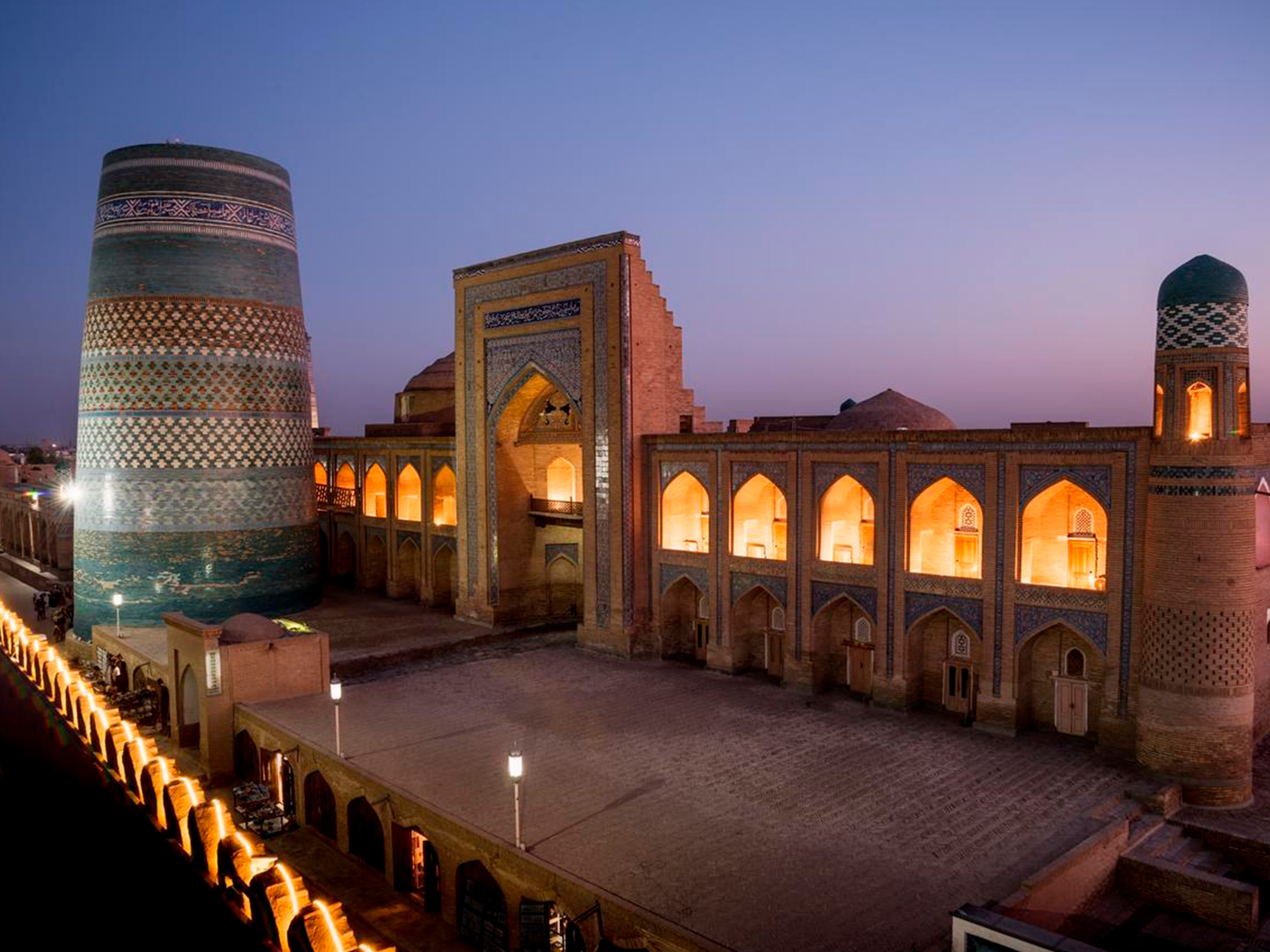