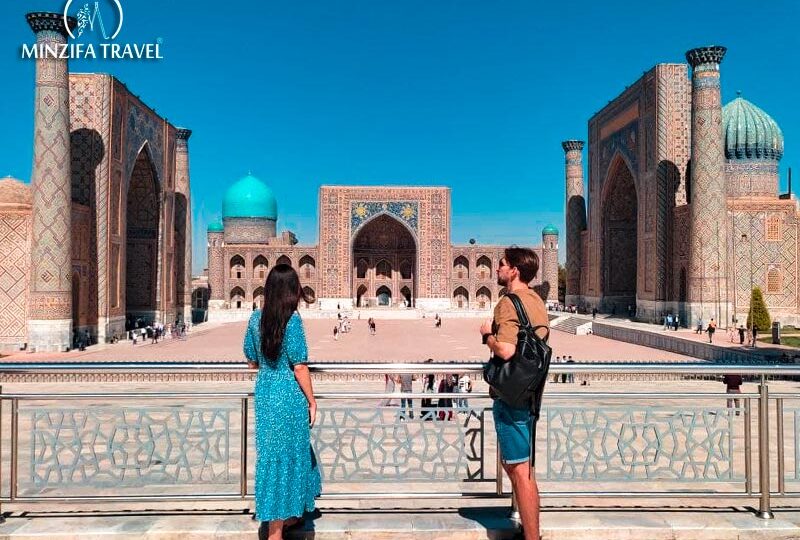 Uzbekistan is popular among travelers from Russia as an autumn vacation destination. According to research by analysts, Tashkent, Samarkand and Bukhara are the top three cities mentioned by tourists in social networks.

Why people go to the country: to eat pilaf or touch the history, affordable or expensive trip to Uzbekistan and why it may become a fashionable destination? Andrey Suleikov, an expert of Rostourism and producer of cyber guidebook for Russia and CIS countries “This is my land” told about how to attract tourists with legends of the cities of the republic.

Why tourists go to Uzbekistan and if it is expensive

Uzbekistan is in the top 15 most popular places of autumn vacation for Russians, and the leaders among the most mentioned by tourists in the digital environment are: Tashkent – 60%, Samarkand – 20, Bukhara – 15, then Khiva – less than 5%.

Many Russian citizens go to the country not only for delicious pilaf and fragrant fruits, but also to feel nostalgic and remember the history – the largest age category of the authors of messages in social networks is over 55 years old. In addition, pilgrimage tourism is popular in the country and the CA region.

Uzbekistan is a very accessible country financially, but the flight there and back costs a pretty penny. One way ticket out of the tour costs from 20 thousand rubles only.

Andrei Suleikov notes that everything is learned by comparison, and estimating the cost of tickets is not always an accurate marker, you have to look at the cost of the trip as a whole. Prices for group trips may be cheaper. That said, the low cost of food and very inexpensive transportation within Uzbekistan partially compensates for the high price of a flight.

How to increase the attractiveness of the republic for travelers

For the Uzbek economy it is obvious that the age segment of tourists under 45 years old will bring the maximum check. Andrei Suleikov, a member of the Russian Geographical Society, believes that involving local residents in the promotion of the territories is a troublesome affair, but the effect is good. Therefore, it is up to the peers to attract tourists to Uzbekistan.

“Children should be told about the country by children, teenagers by teenagers. It is important to speak the same language and send the right message,” the speaker explains.

This year, Samarkand province has allocated million for the development of tourism potential and expects to attract 1.5 million tourists. It is worth noting that high-speed trains run between the cities of Uzbekistan, and the city has many attractions and places to accommodate tourists.
“Samarkand is underrated. This region is ready to welcome many more tourists,” Andrei Suleikov is sure.
If the flow of tourists to Uzbekistan increases and the republic’s authorities take all measures to stimulate tourism, charter flights will appear, according to Andrei Suleikov.

Why Uzbekistan is fashionable and what does Warcraft have to do with it?
Andrei Suleikov said it is necessary to create a reputation of Uzbekistan as a fashionable country to visit. This can be done with the help of locals who have a keen sense for the guest and appetizingly tell them how to spend time in their homeland, what to see, what to taste.

“First of all, you have to engender an emotion – ‘I want to go to Uzbekistan,'” the expert said.

Here Andrei Suleikov told about his cyber guide “This is my land”, in the preparation of which anyone can participate: write a legend about the country or city, and thereby invest in the development of tourism of their homeland.
The expert explained that the work begins with a study of big data: analyze which information gives the maximum engagement and it is used to create content. Project motto “This could only happen here” means that a tourist gets emotionally involved and makes a target action – to come to the republic with positive expectations.

It is possible to popularize Uzbekistan not only through texts, but also through cinematography, songs and artists, mobile quests and even games, which has already been partially tested in the “This is my land” project.

“Imagine a Warcraft game with the landscapes and architecture of Uzbekistan. This is a huge potential to attract tourists, because 1/3 of the world’s population are players!” – sums up the expert