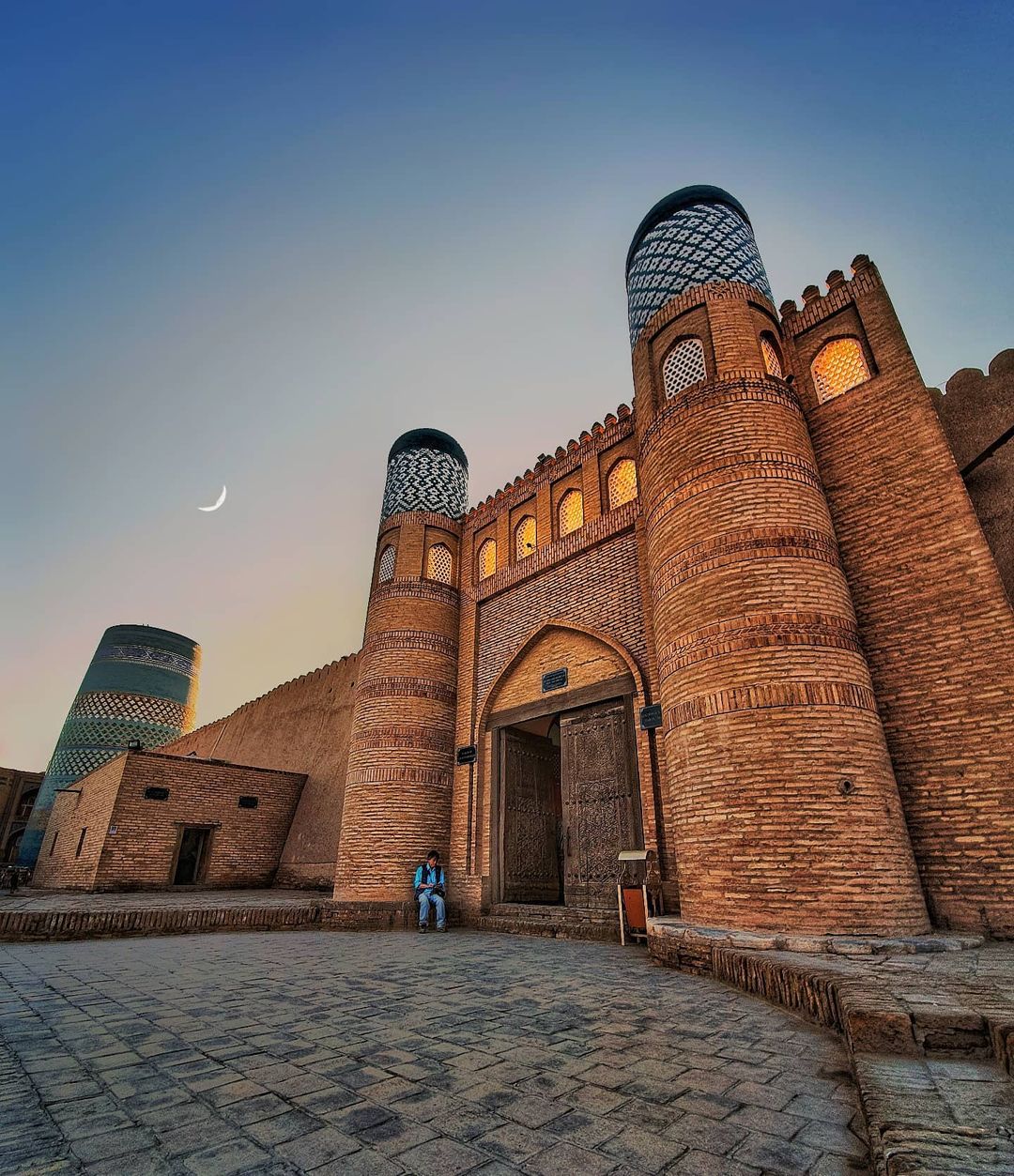 Khiva is an ancient city, which in the 10th century was the trading center of the Great Silk Road. It was here that the caravans that headed towards China stopped. Over the years the city has seen many stories, the spirit of many is preserved in the walls of the ancient buildings. Khiva has hardly changed since the 19th century, so it is worthy to call it an open-air museum, which has a variety of exhibits in the form of attractions in the historic ancient city of Ichan-Kala.

Our Minzifa travel team invites you on a tour to Khiva 2022, where you will have the opportunity to walk the streets of the city, meet the locals and take a lot of impressive pictures against the background of ancient buildings

What you will see during the tour to Khiva

The city-museum of Khiva since 1990 is on the list of UNESCO World Heritage Sites, consists of two parts: the inner city – Ichan-Kala and outer – Dishan-Kala. Most of the monuments are located in the inner city – the fortress with four gates, which look at all four corners of the world (it was made for the convenience of the movement of caravans).

If you are still hesitating whether to buy a tour to Khiva in Uzbekistan or not, then take a look at what you can experience during your trip:

1. Kalta Minaret – a minaret of unique dimensions, from which it is impossible to take your eyes away (the base is 14 meters).
2. Juma Mosque – Friday mosque in Khiva, which has no inner courtyard and is supported by 212 columns with unique drawings.
3. Kunya Ark Fortress – a large fortress inside the fortress of Ichan-Kala, which was restored in the 19th century.
4. Pahlavan Mahmud Ensemble – an entire memorial complex, which is a striking example of medieval Uzbek architecture.
5. Islam Khoja complex – a madrassah and the highest minaret in the city. Previously the minaret was a landmark for tourists who approached this open-air museum.
6. And not only.

Khiva impresses with its beauty and mystery at any time of the day. At night, the buildings are illuminated by colored lights and moonlight, visually transforming the city into a true oriental fairy tale

If you want to walk around the city at night, book tours to Khiva in May or any summer month (for example, popular tours to Khiva in June). At this time, the weather is more gentle at night and allows for carefree walking in the dark.

Book tours to Uzbekistan: Khiva will greet you with an open mind

Our company presents a variety of types of programs for guests of the country. Coming to us, it is impossible to do without a tour in one city, because a holistic view of Uzbekistan, our culture and local people can be created only after getting acquainted with all the gems of the country. Therefore, many programs are designed for several days, during which tourists visit several cities at once. For example, there is a tour to Uzbekistan (Samarkand, Bukhara, Khiva), also a tour to Tashkent, Khiva and others.

For each trip we carefully think through the program, book comfortable hotel rooms, organize airport pickup. During tours to Uzbekistan – Samarkand, Bukhara, Khiva and other cities with our tourists there is always an experienced guide and tour guide who knows the history of every corner of the city and is ready to share it with pleasure.