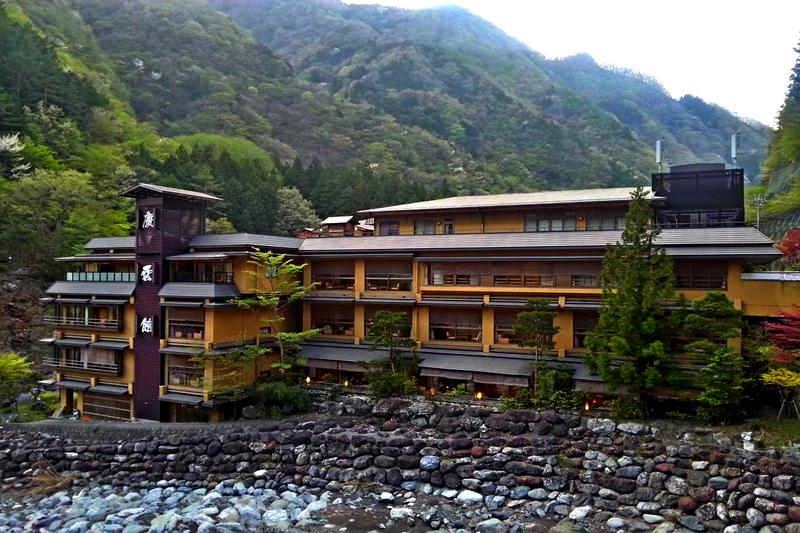 The oldest hotel in the world (over 1300 years old)

The oldest hotel in the world, which still opens its doors to visitors, Nishiyama Onsen Keiunkan, is located in Japan (Yamanashi Prefecture) among magnificent landscapes and hot springs. For more than 1300 years the hotel has been owned by one Fujiwara family.
Today the 52nd generation of the Fujiwara family owns and operates the world’s oldest hotel. Nishiyama Onsen Keiunkan was opened in 705 A.D. It hosted some very important guests, from samurai to emperors! Visitors to the hotel, as thousands of years ago, come here for the thermal springs that do not stop beating from under the ground. It is known that the same thermal water is served in the hotel rooms in the showers, which is not heated or purified in any way. Thus, staying at the hotel is even more valuable for vacationers.
The oldest hotel in the world has 35 rooms, all of which are certainly decorated in the Japanese style. The service in the hotel is excellent. The hotel has been entered into the Guinness Book of Records as the oldest hotel in the world and its owners are certainly proud of this title. The only inconvenience to those who want to visit this delightful place can be the price – a stay at the hotel can cost about $ 430 a day! However, probably the effect of thermal springs, magnificent views, clean mountain air and the atmosphere itself are worth visiting the most ancient hotel in the world!

Want to take a tour to Uzbekistan?