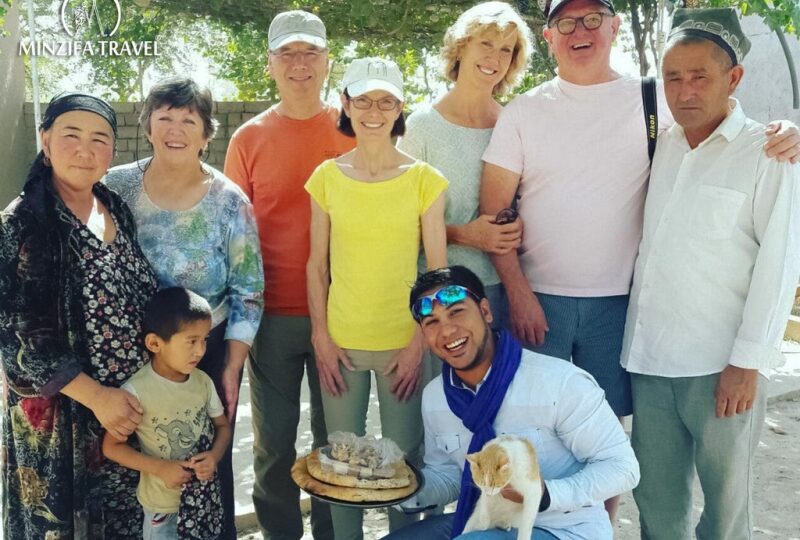 Uzbekistan is a very multinational country. Walking the ancient streets of Bukhara, Samarkand, Khiva and Tashkent you will meet in addition to Uzbeks, representatives of other nationalities. And as, Uzbekistan is home to many peoples, respectively, here you will meet representatives of different religious denominations such as Islam, Christianity, Buddhism, Judaism, Baha’ism, Krishnaism, and others.

Pilgrimage tourism is very actively developing type of tourism in Uzbekistan. Recently a great attention is paid to this direction. There are a lot of sacred places on the territory of modern Uzbekistan, which belong to Islamic culture, Buddhist culture and Jewish culture.

There are three cities in Islamic world that have second part of name Sharif (noble) – it is Mazari Sharif (in Afghanistan), Urdu Sharif (in Pakistan) and Bukhoroi Sharif (in Uzbekistan). Visiting these cities is equal to making a small hajj (small pilgrimage to Mecca). So, on the territory of Bukhara and its environs there is a great number of shrines, which relate to Islamic culture and its more profound philosophy – Sufism. And all orientalists and people related to religion are well aware of that.

If you want to visit this great number of holy places, to make a small hajj, then our team offers you – Sufi Tour “8 Feasts” – “Yeti Feast”.

In the territory of Uzbekistan, as well as all of Central Asia, there are many shrines belonging to the Buddhist culture. Many historians still argue about where Buddhism originated… In territory of Central Asia (this is south of Uzbekistan, central part of Tadjikistan and north of Afghanistan) you can visit and behold the most ancient monuments of architecture, monuments of religious sense, which are related to Buddhism.

Judean tours – is also quite common, since in Central Asia a large percentage of the population belongs to the Jewish culture. In common people they are called Bukhara Jews. You will be able to see customs and traditions typical only for Bukhara Jews of the region.

Also in Central Asia you can visit such religious directions as Orthodoxy, Catholicism and Armenian Apostolic Church. Tashkent is the city where St. Luke lived and worked. Many testimonies about his activities in the modern Uzbek capital have been preserved. Also on the territory of Uzbekistan there are many Orthodox and Catholic churches, as well as Armenian Apostolic churches.

Want to visit the places of power? Leave a request, our tour operators will be happy to make you a tour with a visit to these holy places.