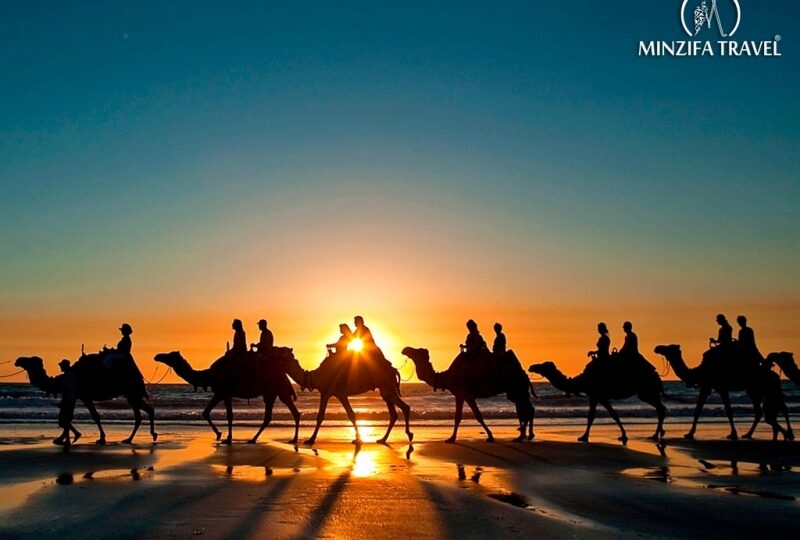 The theme of the Great Silk Road immediately pictures in our minds the endless desert, camels, merchants loaded with goods, who go in an endless caravan through Asian cities. Its history is much richer and more amazing than we can imagine – along the way cities have been built and devastated, entire states have appeared.

The Great Silk Road left its imprint on our country as well. Uzbekistan is surprising not only with its hospitality, striking architecture and peculiar Oriental coloring. The country boasts unique historical monuments and artifacts. Many achievements of the state happened due to the unique location in a picturesque oasis, which by a fluke happened to be in the middle of the roads of the Great Silk Road.

Uzbekistan is a sunny country in Central Asia, actively gaining popularity, in terms of tourism, among near and far abroad countries. Walking through the colorful streets you can meet guests from Russia, Kazakhstan, Iran, Malaysia, Belarus, Germany, France, Italy and others.

How it all began

A Chinese named Zhang Qian, who passed the lands of present-day Uzbekistan from the northern part to the southern, was the first to see the affluent and unexplored kingdoms – the present popular tourist cities of Ferghana, Bukhara, and Samarkand. It was here that he learned of the Ferghana heavenly racers, which were the fastest, largest and far superior to Chinese horses. The Chinese had considerable military ambitions, which meant the discovery of such horses was invaluable to them. It was with attempts to gain access to horses that trade on the Silk Road began.

Chinese embassies went to Central Asia with silk. This is how the two ancient civilizations met. Two great routes converged:

The first caravans passed through in the 1st millennium BC. Then the Chinese authorities decided to open their own borders. In the 4th century, Sogdians founded colonies that ran along trade routes and led directly to the Celestial Empire. They were located just along the entire eastern part of the route – from Uzbek Samarkand to Chinese Chang’an.

The length of the way was as much as 6,400 km. Merchants rode on camels. They formed into groups for protection, and it was these groups that were called caravans. This was the great trade route that connected the western and eastern parts of the continent. It was it that contributed to the emergence of many cities, customs, and historical monuments.

The famous Uzbek cities became true land beacons for the caravans. They served as staging posts for goods, important trade centers and places of dissemination of world cultures.

Because of their favorable geographic location, the cities of Uzbekistan were attractive to conquerors. Because of this, they repeatedly found themselves in the clinging hands of conquerors from different empires. Despite this, the caravan trade roads were revived and the cities around them turned green and developed. In the 11-13 centuries, trade turnover was interrupted. It was resumed later for another 3 centuries, but completely disappeared after the appearance of sea routes.

The Great Silk Road no longer exists, the monument to the people who paved this unique road are the ancient Uzbek cities of Khiva, Samarkand, Bukhara and Termez. More than 400 historical monuments, which are associated with this history, are located on the territory from the oases of Fergana Valley to the coast of the Aral Sea. They are the evidence of centuries-old customs, high spiritual culture of the people. The sights and gardens of the cities carefully preserve the memory of the Great Road, the long history of all mankind.