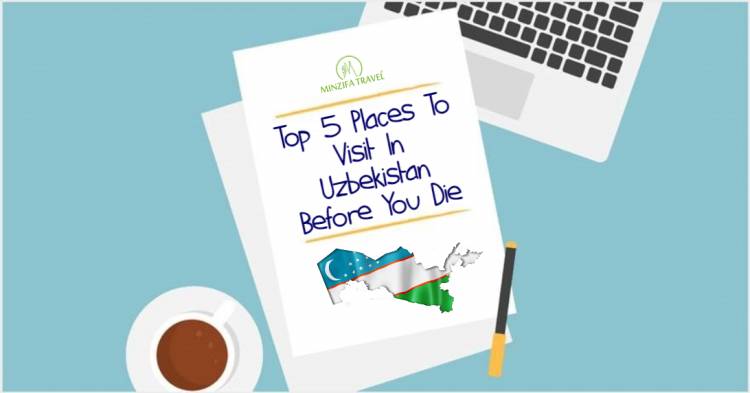 When we hear of Stans to visit, we remain confused. It is because Stans were millions miles away from our thought before their independence. But since recent past Stans are immerging as the busiest hot spots for those who love to blend adventure with nature or combine romance with art and architecture. With medieval blue-domed cities, surrounding mountains and lakes, the romance of the Silk Road, there is no a place in the planet as exotic as the Central Asia. Whenever one plans for Central Asia, Uzbekistan Destinations flashes in the mind. It is because this magnetic land is believed to condense the whole marvels of Central Asia in it.  The blue and gold filled mausoleums and mosques with magical minarets, the fabulous Islamic architecture, Cities like Khiva and Samarkand and above all the passage of the historic Silk Road are some of the highlighted draw cards that attract millions of people from overseas.

Uzbekistan Travel Destinations are so fascinating that one must long to see for the second time if he has visited to this ever before. In your every visit, Uzbekistan has something new to offer you. This blog is passing you the information regarding 5 most beautiful places you should travel on your trip to Uzbekistan. Every place has its uniqueness to impress you with the difference experience.

Top 5 Places To Visit In Uzbekistan Before Passing Away:

Samarkand is a city as old as Paris. Home to some of the world’s finest Islamic architecture and some of its most exotic bazaars this second largest city of Uzbekistan is one of the yet untouched part of Uzbek’s beauty. Evidently the city’s extraordinary 2,500 years of history and the historical leftovers by the world heroes of the centuries are enough to mesmerise anyone travelling to Uzbekistan. It is a city on the planet the beauty of which is beyond comparison with any place. Explorers must date back to a history of 40,000 years back in which the city is believed to have been formed.

Its very existence makes it great. Located on the Silk Road Bukhara has long since been related with the tread, culture and religion. During the golden age it was a major intellectual centre of the Islamic world after Baghdad. Many from its numerous mosques and madrassas that display the best of Islamic architecture have been listed as the world heritage sites by UNESCO.

A time was there when Khiva was known for notorious slave caravans, barbaric cruelty and terrible desert journeys that were intimidating to the travellers. But nowadays it’s a friendly and welcoming Silk Road old town that’s well set up for tourism. During 1970s and 80s the Russians rebuilt the Khiva’s historic heart to make it the 1st stop in Uzbekistan. The inner town of the city houses more than 50 historic buildings and 250 old houses, most dating from the 18th or 19th centuries. The structure of the Minaret Kalta-Miner, the large blue tower in the central city square is supposed to be the largest minaret in Muslim Asia.

Once upon a time the major city of Central Asia Tours, becomes the birthplace Turco-Mongol conqueror Timur now. It is one of Central Asia’s most ancient cities founded before more than 2,700 years ago. One would find a number of monuments of Timur time many of which has been enlisted in the UNESCO world heritage list.

Tashkent is the biggest and the oldest town in Central Asia. Its historical buildings, modern sights, memorials, monuments etc are the best in the world. Parks here are truly spectacular and amazing. The bazaars, boutiques and fashion stores in Tashkent are all meant for international shopping.

If you’re looking for Uzbekistan Tourist Attractions, give us a mail travel@minzifatravel.com. Feel free to ask us about Uzbekistan Destinations for real pleasure!