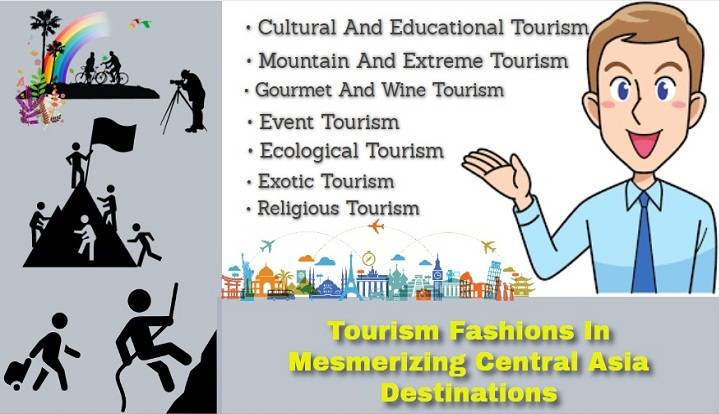 Normally presented as “the Stans“, the countries that make up this region are Kazakhstan, Kyrgyzstan, Tajikistan, Uzbekistan and Turkmenistan. This ancient land is soaked in history and culture and with so few tourists daring to venture in these regions and there are several reasons why it is happening so. Previously, these Central Asia Destinations didn’t get the type of coverage and publicity that they deserved. Moreover, people from the rest of the world had different types of negative views & perceptions about these central Asian countries and that is the reason why they are lagging behind other tourist destinations of the world. But with this blog today, all those perceptions are going to change forever.

The points that are being detailed below will give a true picture of Central Asian countries and what they have to offer the world are as follows:

In order to know about the central Asian culture, visitors have to go for Samarkand, Uzbekistan that is rich in lots of history and mystery. There are three prominent cities in Uzbekistan that define the culture and architecture of Uzbekistan during your first leg of your Central Asia Tours:

During the second leg of your tour to Central Asia Destinations, you must visit Tajikistan if you are interested in places that define Mountain and Extreme adventure tourism in the region.

Now when it comes to Gourmet and wine tourism, you can turn towards Uzbekistan of Silk Road in the course of your Central Asia Travel. The cuisine of this central Asian country is the most diverse in Asia and here are those gourmet recipes that you are going to encounter are as follows:

This type of tourism involves and includes the mountainous topographies of Central Asia. Now here is a guide on how you can enjoy the eco-tourism of central Asia are as follows:

These are the several good looking locations that come under exotic tourism offered under the Central Asia Tour Packages to the travellers are as follows:

Once you are on the trip to Central Asia Destinations you will never be able to forget the trip. This tour will take you and several other travellers on a roller coaster ride. Each and every destination of Central Asia will make you return for another trip. To know more about the fascinating locations of Central Asia Please contact us.