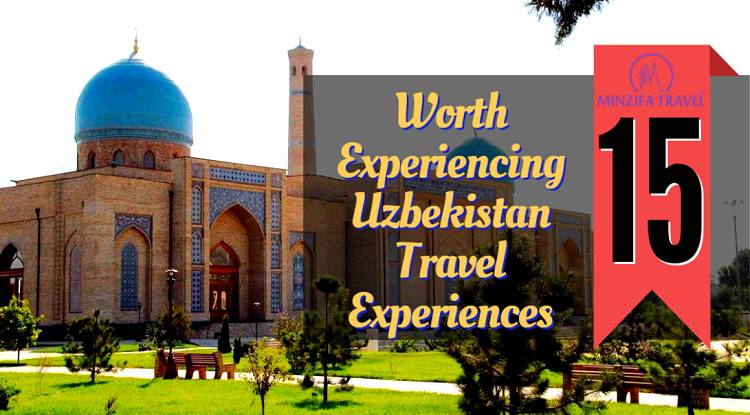 Central Asia is a crib of culture and it has been since more than two millennia. Of all the countries in the region, it’s Uzbekistan that has the very best offerings in terms of structural design and ancient cities. The Ancient Silk Road found its way through Uzbekistan and has left a captivating trail of historic sites to visit. The neighbouring ‘stans’ are quite bereft of sites in comparisons to this country, but they do all have their own unique qualities so please don’t get discouraged from exploring the others parts of the country during your Tour Uzbekistan. You will just not be able to come to terms while exploring the beauty of Uzbekistan.

A Visit To The Chorsu Bazaar

A Visit To The Savitsky Museum In Nukus

The Savitsky Art Museum is a superb museum with an astounding collection of precious avant-garde Soviet art. It also houses one of the largest exhibitions of archaeological finds and folk art in Central Asia.

Khiva has a long, colourful, barbaric history that is full of warring factions, tribal massacres, and gory revenge. This city has been destroyed and rebuilt numerous times during the medieval period. We bet that you don’t know that. By the 19th century the range of tribal groups & sections in the area had united, bringing a thriving trade business and great wealth.

Walking The City Walls In Khiva

While arriving in Khiva in time, you can take a sunset walk along the alleys inside these ancient city walls also known as the Ichan Kala.

A Visit To The Djuma Mosque In Khiva

The Djuma Mosque also known as Friday Mosque is the oldest, built around the 10th century and had been rebuilt again in the 18th century. It is open during the weekdays.

The journey from Khiva to Bukhara during your Uzbekistan Holidays is a 10-hour road trip across the Kyzyl-Kim Desert. Luckily, you can drive instead of a half-hour to the airport in Urgench, and take a 60-minute flight if you want to reach their faster using modern transportation.

You can also explore places such as Jewish Bukhara that used to have a large Jewish community during 16th -century ad.

During the entire Uzbekistan City Tour, you can also visit Lyabi Khauz that used to be one of the largest city reservoirs. Now it is the modern centre of traditional Uzbekistan. The chaikhana or tea house is the only place where you can sip the tea relaxingly.

Visiting The Ark In Bukhara

During your daylong Uzbekistan City Tour, you can also visit the ark in Bukhara. This ark serves as the town’s main history museum and archive, full of wonderful artefacts and exhibits.

A Special Meal Of Plov In A Suzani Master’s Home

During the tour, your most special evening in Bukhara will take place at the home of a Suzani master. He and his wife prepare a traditional Uzbek plov (rice pilaf) for people or foreigners visiting them, unparalleled in taste and far surpassing any other. Such a meal is full of fresh whole quince, onions, whole garlic bulbs, raisins, meat, and vegetables, and it will be simply joyfully delicious. Anyone coming to their home can enjoy the meal seated at a long table in a room full of new and old Suzani pieces.

We drive from Bukhara to Samarkand along the same Silk Road Route taken by the great armies of Alexander and Tamerlane. Our only stop is in Shakhrizabs “Green City” previously known as Kesh and it’s a 4 1/2 hour drive from the city of Bukhara. Its population is around 110,000 and has over 50%, young people. It also has one of the grand old cities in Central Asia and celebrates its 2715th anniversary this year. As you will get near the town, mountains with snow-covered peaks appear in the distance, it will appear like an optical illusion.

Visit The Birthplace Of Tamerlane – Shakhrizabs

There are other Things To Do In Uzbekistan such as visiting the birthplace of Tamerlane, who was born in Shakhrizabs in 1336 where he started out as a sheep-rustler, before becoming one of the greatest conquerors of all time.

During your Uzbekistan Holidays, you can also visit Registan Square that is Samarkand’s most famous landmark. It is surrounded by the greatest of all the high-flying works of the Islamic world. At the very first sight, it will appear to you that every surface is covered with enticing patterns.

After visiting Registan, you can also pay a visit to a hill on the outskirts of the city, to see the Observatory of Ulugbek, the Gurkha Zij. Ulugbek also was known as Ulugh Beg who was an astronomer king of the 15th century, Tamerlane’s grandson; he gathered mathematicians and astronomers here, drawing them from his madrassah in town.

If you still have any further time during your Uzbekistan City Tour then you can visit the silk papermaking workshop in Samarkand that still produces rich silks and metal. For centuries it has been a famous mulberry paper as well as the finest paper in the world.  Chinese prisoners taught their art of papermaking here in the 7th century. So we travel to Konig, a small village in close proximity. Here, UNESCO has funded a new paper making workshop, and you can spend time learning about the process.

Thus, going on a tour to Uzbekistan will be a roller coaster ride for you and your family members and it will be one of the Best Uzbekistan Tours that you have ever visited in your life. Deciding to visit Uzbekistan is a wise decision and you are not going to regret that. In order to know about more options, please contact us +998936591107