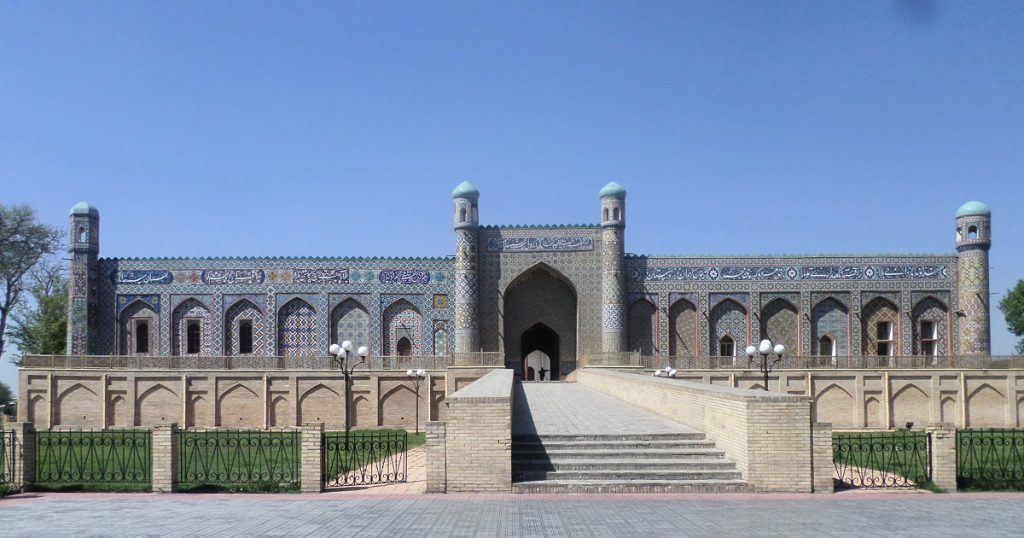 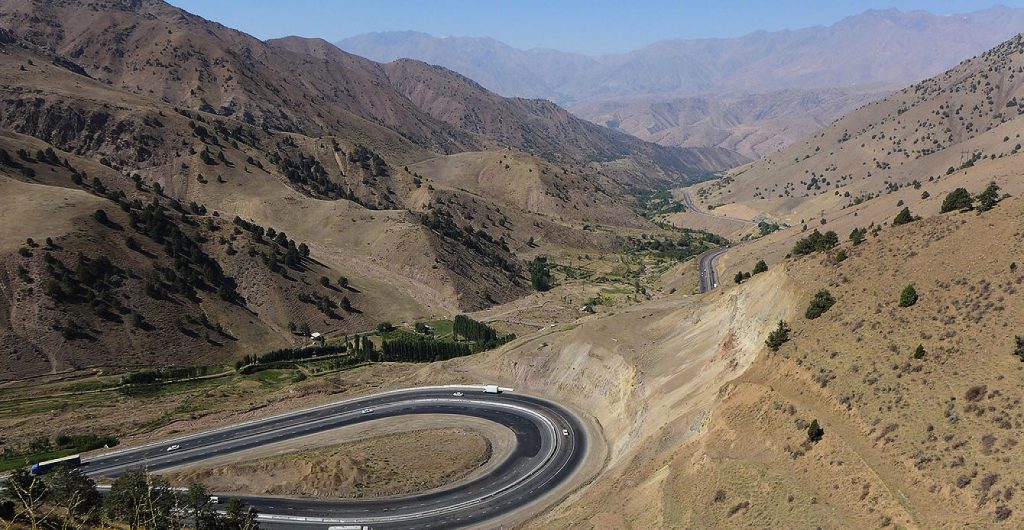 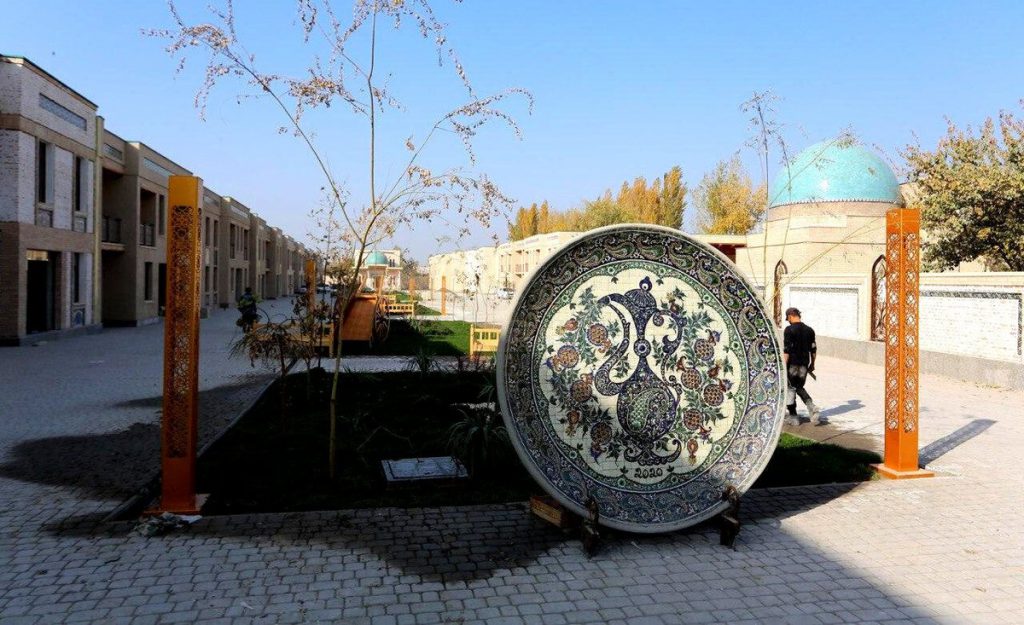 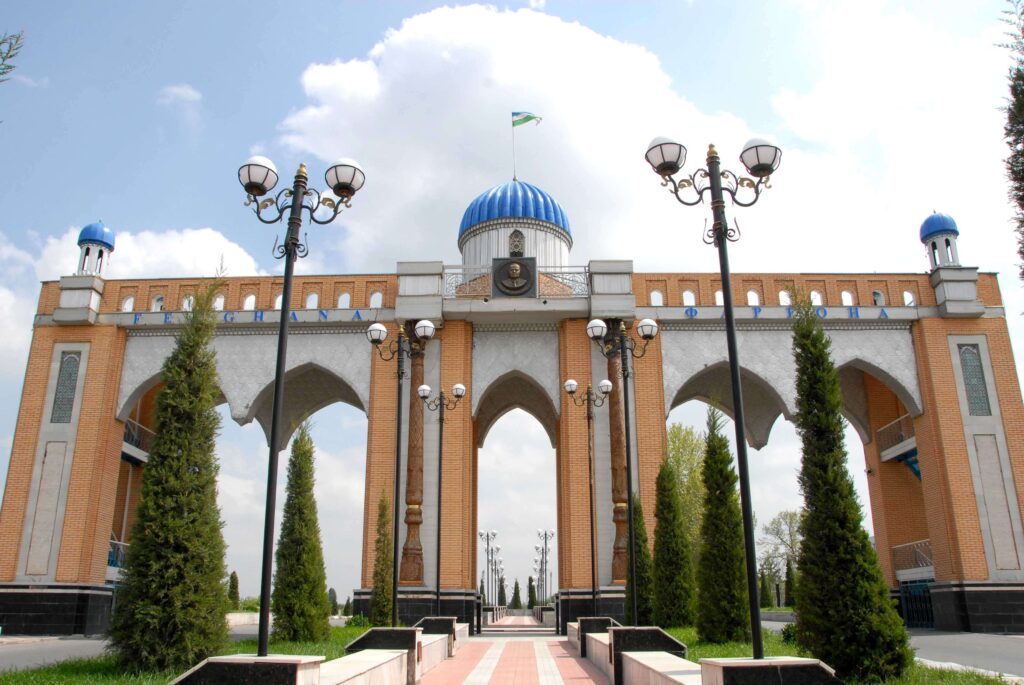 Three Days tour to Ferghana Valley promises to be very active and enthralling. We will visit the most prominent cities of the Fergana valley: Kokand, Andijan, Namangan and the most ancient cities: Rishtan, Marghilan, Kuva and Andijan.

The Ferghana Valley is one of the most prosperous regions of Uzbekistan. The most part of the valley is surrounded by the Tyan-Shan mountain, Hissar and Alay ridges. And only in the east it is open for the Syr-Darya River.

At Fergana airport we shall be welcomed by our guide and transferred to the hotel.

After check-in we head for Rishtan (50 kms),which since ancient times has been famous for its ceramics.Rishtan pottery distinguish rich decor,which is dominated by blue. This unique blue glaze “ishkor” is produced by hand from natural mineral pigments and ash mountain plants. Today every third family in Rishtan produces pottery. After visiting some craftsmen we are transferred to Kokand.

In 18-19th centuries it was the capital of powerful Kokand khanate, the state that dominated most of the territory of modern Uzbekistan and contiguous states. Kokand was a big religious center. In the years of its prosperity there were 35 madrassahs and 100 mosques here. Unfortunately, the majority of them were ruined by time or as a result of earthquakes,or by the Soviet power. In Kokand we shall visit the 19th century Khudayar Khan’s Palace, Jami Mosque, Narbuta-bey Madrassah, Modari-khan Mausoleum-the burial vault for all the women of the khan’s kin.

Overnight At The Hotel In Fergana.

In the morning we depart from Fergana and drive to Margilan. The city is located 12 kms from Fergana and is one of the oldest cities in the Fergana Valley.Since old days Margilan has been famous for its wonderful and fine silk and Ikat fabrics.Via the Great Silk Road traders brought Margilanian silk to Baghdad, Cairo and Athens.The most famous attraction of Margilan is “Yodgorlik’? silk-weaving factory, which considered to be the best enterprise manufacturing handmade silk in Uzbekistan. At the factory you can see the whole silk-making process from cocoons processing to finished product. Here,450 workers, with majority of them being women, weave silk and cotton fabric. They use the traditional technology of making the fabrics by hand – that is the same techniques Fergana weavers used in ancient times. The next stop is Kuva. In the early Middle Ages Kuva was a large trade and craft settlement where such crafts as pottery, art carving and jewellery making were highly developed.

A few years ago, during an archeological expedition in the north of Shahristan, a residential area dating to the 7th century was excavated. A religious complex, including a Buddha temple and statue, were unearthed and opened.

This temple was ruined by the Arabs during their invasion of Central Asia. Today, Kuva is a fresh-looking town, covered in gardens and vineyards, and famous for its tasty pomegranates. After sightseeing the town we shall drive to Andijan, which was an important stop on the Great Silk Road, lying mid-way between Kashgar and Khujand. Already in the first century A.D. the city was part of Kushan’s kingdom.

Destroyed by Genghis Khan, it was rebuilt by his grandson Kaidu Khan in the late 13th century, and became the capital of Fergana for the next three centuries. Andijan is perhaps the best-known as the birthplace of Zahir-ud-din Muhammad Babur (Babur), who founded the Mughal dynasty that ruled much of today’s India, Pakistan, and South Asia.

In 30 kms from the modern urban area there lies the site of ancient settlement Erish – the capital of ancient Davan state, which was famous for its swift-footed stallions.

It was from here that these fast horses were delivered as a very precious thing to the court of Chinese emperors.

Overnight At The Hotel In Andijan.

Morning depart Andijan and drive to Namangan(65 kms).Among the Fergana valley cities Namangan, the homeland of Uzbek poet Mashrab, stands apart. Not far from Namangan there are the ruins of ancient town Aksikent. The archeological research proves that the town had the citadel and thick outer walls. The town possessed an advanced trade and handicraft industry.

Aksikent was the capital of Fergana valley up to the 13th century. In the later period it was destroyed by the Mongols and in the 17th century strong earthquake finally demolished the town. New religious buildings such as Khoja-Amin Kabri Architectural Complex – ornate terra-cotta façade(the 18-19 centuries),Mullo-Kyrgyz madrassah (built in 1910) and many others were erected during Soviet time. Now we head for our last “milestone’? of Fergana Valley – ancient town Chust, famous for its knives and swordes.

Chust also became famous for its skull-cap.In Chust every woman embroider skull-caps. Even something such as women’s clubs are organized. They gather at somebody’s house, sit in a circle and tell each other stories, sing songs, dance incendiary folk dances.On black-white background of the skull-caps are shown 4 elements: water, fire, earth, air. If we look carefully at Chust skull-cap, we can see small lines, made by hand. This is a very laborious work.

After our day of sightseeing, return journey to Tashkent through Kamchik Pass – the highway at an elevation of 2.267 m above the sea level, the only route connecting the Fergana Valley to the rest of Uzbekistan. On the way to Tashkent we shall have wonderful scenery of the mountain pass.

NOTE : In case of snowfalls the transfer Namangan-Tashkent will be arranged by plane.